Some central Georgia counties are already seeing changes around the Labor Day holiday. 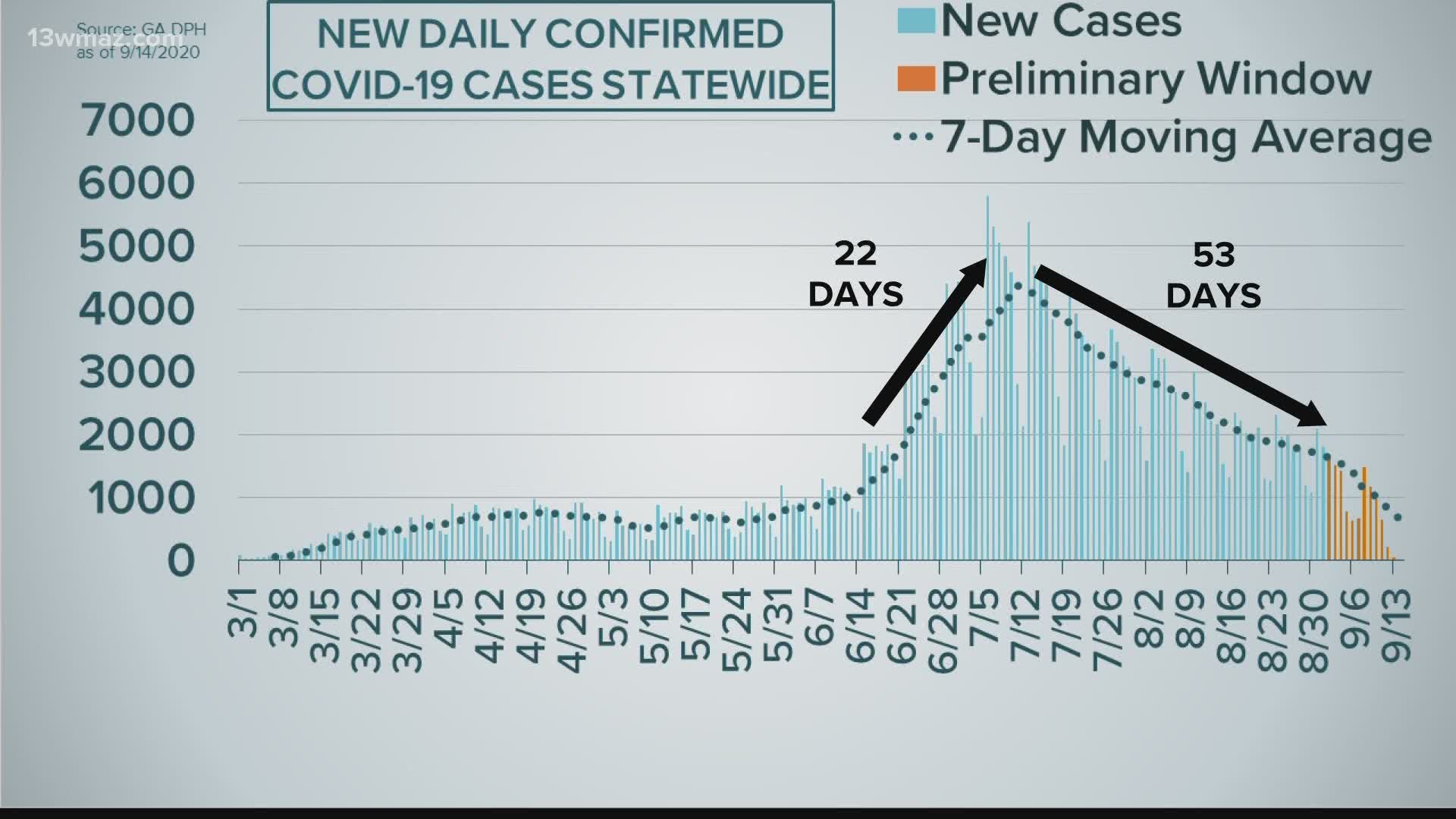 Right before the preliminary data window, Georgia averaged just shy of 1,700 new cases a day, which a little more than a third of the state's highest average in mid-July.

However, it has taken more than twice as long for the numbers to drop as it did for them to rise from a similar level at the end of June to the July peak.

State health leaders warned Georgians about the possibility of a rise in cases after Labor Day weekend, similar to trends after Memorial Day and Independence Day.

The holiday falls pretty close to the middle of the preliminary data window.... when the state is still counting cases and waiting for test results. So, it is still difficult to determine what, if any, changes will result after the holiday weekend.

However, there is a noticeable uptick in cases in certain areas like Houston County. The curve reverses direction right around the holiday weekend. Again, this is within the preliminary window, where tallies typically increase as time moves on.

There is a similar but less drastic change in Bibb County's data. After recovering from a substantial spike at the end of August, Baldwin County's curve also shows an increase at the beginning of September.

Again, it is really too early to pinpoint these changes on the holiday weekend alone. It will take more time to really see the full data from that time frame.

Credit: WMAZ
The average daily death toll is close to half of the state's highest average reported at the beginning of August.

Meanwhile, COVID-19-related deaths have seen a steady drop starting around the beginning of August. The average daily death toll before the preliminary data window sits around 34 deaths per day, which is close to half of the state's highest average of 70.

Credit: WMAZ
Georgia hospitals are now seeing about a third of the number of new COVID-19 patients reported in July.

There is a slight waver in the number of new hospitalizations related to COVID-19. It's been on a downward trend since the end of July... but there are some changes in the curve toward the end of the data.