The 7-day moving average is on an uptick. Governor Kemp blames it partly on a private lab 'data dump' 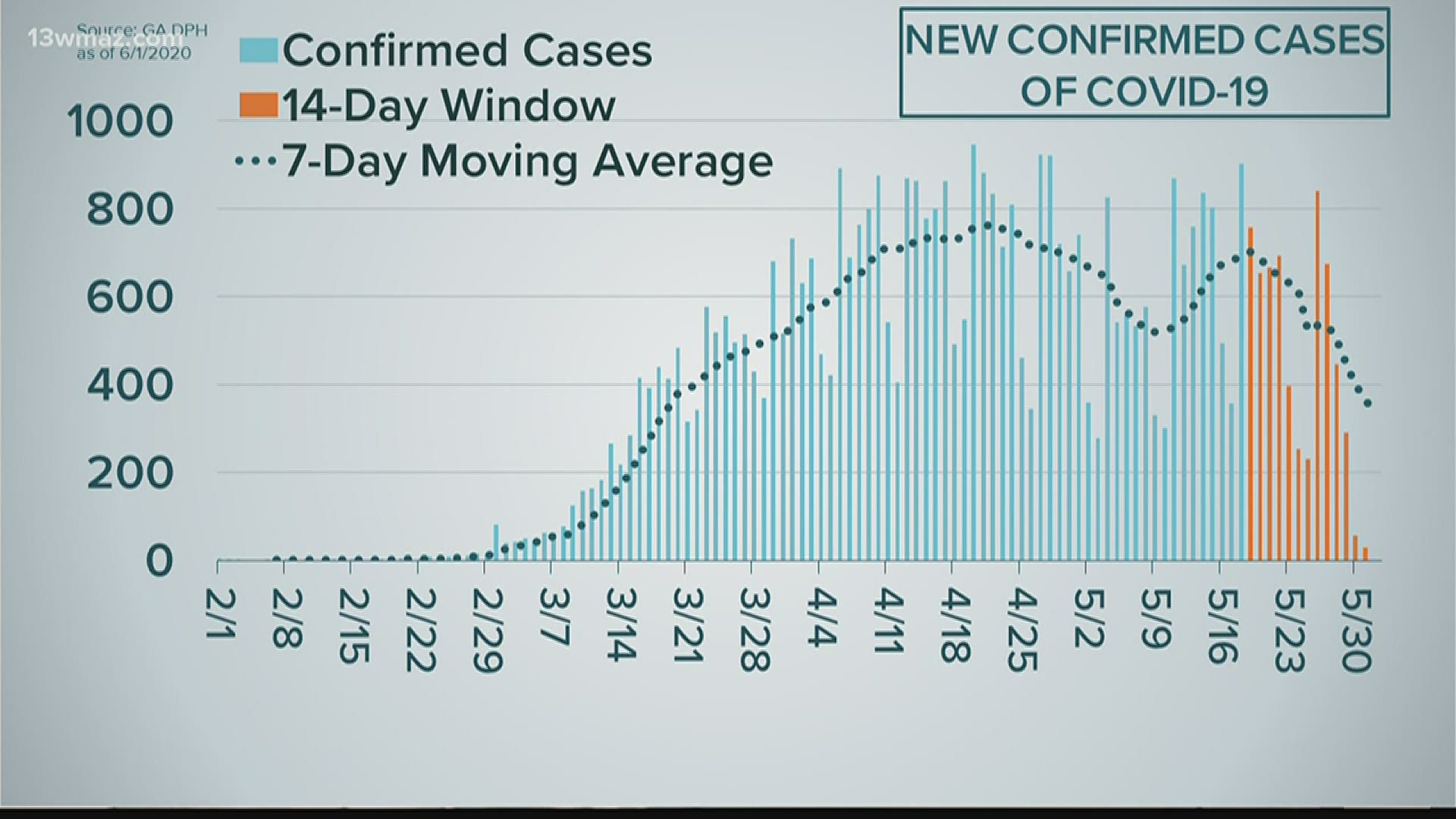 The graph is from Georgia Department of Public Health data and it shows the number of new confirmed cases of COVID-19 every day in our state going back months.

The bars in orange represent the most recent 14 days of data, which the state has warned is incomplete because of the way they collect their data.

Though not always, daily tallies in that window tend to increase the closer they get to moving out of that window.

A few points stand out.

At that time, the daily average of new cases was still on the rise.

On May 1, that order expired and by that point, the average number of new daily cases was dropping.

That's the last day of data before the 14-day window.

Last week, governor Brian Kemp said the DPH believed that uptick was, at least in part, due to a private lab releasing a large batch of test results.

"We're pretty confident that that was a data dump of about 15,000 tests that date back to the end of April," said Kemp.

"I don't buy that," Smith said of the private lab explanation.

"We are now focusing on testing vulnerable populations," he said. "We knew that when we started focusing on them, we would probably see an unusually high number of positives."

Smith blames the rise on the governor's decision to ease restrictions.

"Governor Kemp decided it was OK to start reopening services across the state," he said. "This comes as no surprise to me whatsoever."

The percentage of positive test results statewide is now hovering close to 10 percent.

RELATED: Why are many people hesitant to get vaccines?

RELATED: What will college classes look like this fall? University System of Georgia details possibilities

RELATED: Coronavirus ignited in US no earlier than mid-January, CDC study says