Gov. Kemp signed a new shelter in place order, leaving the door open to visitation at nursing homes. Now it's up to DPH. 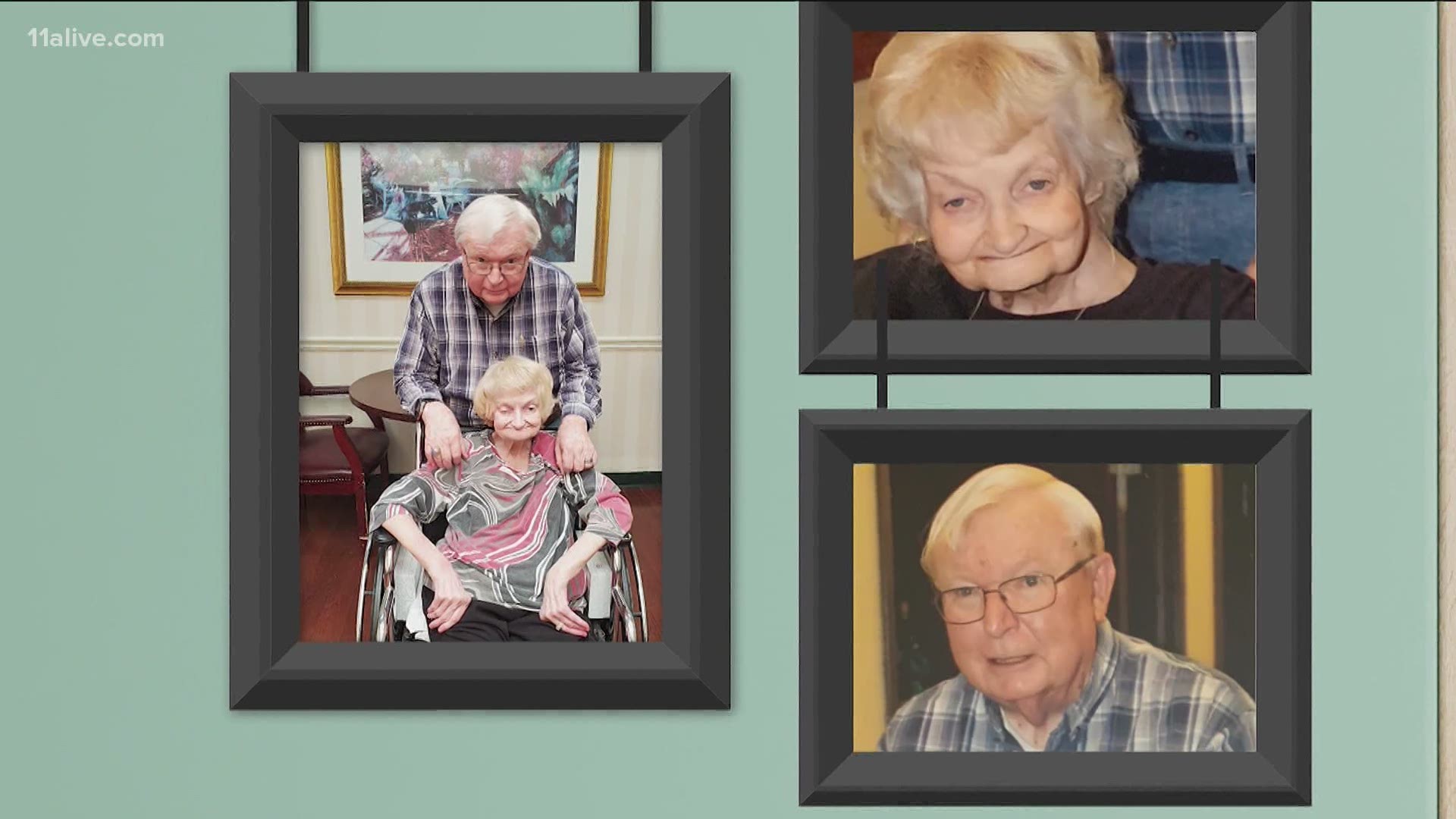 BROOKHAVEN, Ga. — Many families – and even those inside long-term care facilities -- say the isolation has gone on long enough.

Georgia Caregivers for Compromise say they’re not asking for the doors to be thrown wide open, they know that would not be safe, but they believe there are ways to ease the restrictions that have gone on now for six months.

They may now get their wish. On Tuesday, Governor Kemp extended the shelter-in-place order until September 30. But he did leave the door open to changes at Long Term Care Facilities. Buried in the order it says those facilities can now conduct activities permitted by Georgia Department of Public Health's (DPH) Reopening Guidance Administrative Order.

DPH has yet to say when that order will be released, or whether visitation will be one of those approved activities.

11Alive spoke to one couple living at PruittHealth Brookhaven. Both Charles and Anita Gwin say they want to see their family and that the shelter in place order has been emotionally hard, but they also don’t want visitors allowed into the building until it's safe.

The Gwins have been married 52 years, but in the days of COVID, they still had to sit six feet apart, since we asked them not to wear a mask so we could hear them better during our interview by Zoom.

“I miss being around people,” Charles Gwin, who spent most of his life comforting and guiding others spiritually as a pastor, said.

“That’s what I miss too. Being out with people,” his wife Anita added.

At long-term care facilities like PruittHealth Brookhaven, the activity rooms sit silent and the dining halls are closed. Residents are kept apart for their own safety.

“Three priorities. Priority one is breakfast, priority two is lunch and priority three is supper,” Charles said, adding that its not about the food as much as the opportunity to socialize with others.

“I miss being able to shake hands and hug people," Charles explained.

Both say life right now is … well … boring. They know they’re lucky to have each other, still it’s kind of lonely. They can only imagine how difficult the past six months have been on other residents who are alone.

“You can really tell it's taken a toll on them,” Assistant Administrator Brigham Hodges said, reflecting upon the residents. Hodges and other staff try to keep families connected through video chats.

“Just a lot of big smiles. Everybody so happy just to be able to see each other. Also, a lot of tears. When you see two family members crying, grown adults crying because they can't see each other or be with each other, it's very difficult," Hodges explained.

Hodges says it’s been hard on staff too, who know there’s a lot at stake every time they walk out the door. Across the state, nearly 7,200 long-term care staff have tested positive so far.

RELATED: Twindemic: The health crisis doctors are trying to prevent

“We have to deal with then the operations, the constant keeping up with things and making sure that we're doing everything right so we don't have any infection control issues and then we have to deal with our own emotions,” Hodges said.

The administrator says PruittHealth has provided staff with enough PPE, many locations have installed thermal cameras and staff are constantly cleaning surfaces. They also do a lot of testing.

“Oh yes, regularly,” Charles Gwin agreed. “It's not the most delightful thing in the world. Having kidney stones, it doesn't come close to that.”

The couple said they’ve been tested three times in two weeks. According to the Department of Community Health, the Brookhaven facility had 15 residents or staff test positive in August, but so far none this month.

The Gwins say they’re doing their part to keep it that way and they’re hoping those outside their nursing home will do the same.

When the shelter in place is lifted, the Gwins say they hope to see their son who lives here locally and go for a car ride. Charles says he’d like some coffee and donuts.