The fair brings more than half a million people to Central Georgia each year. 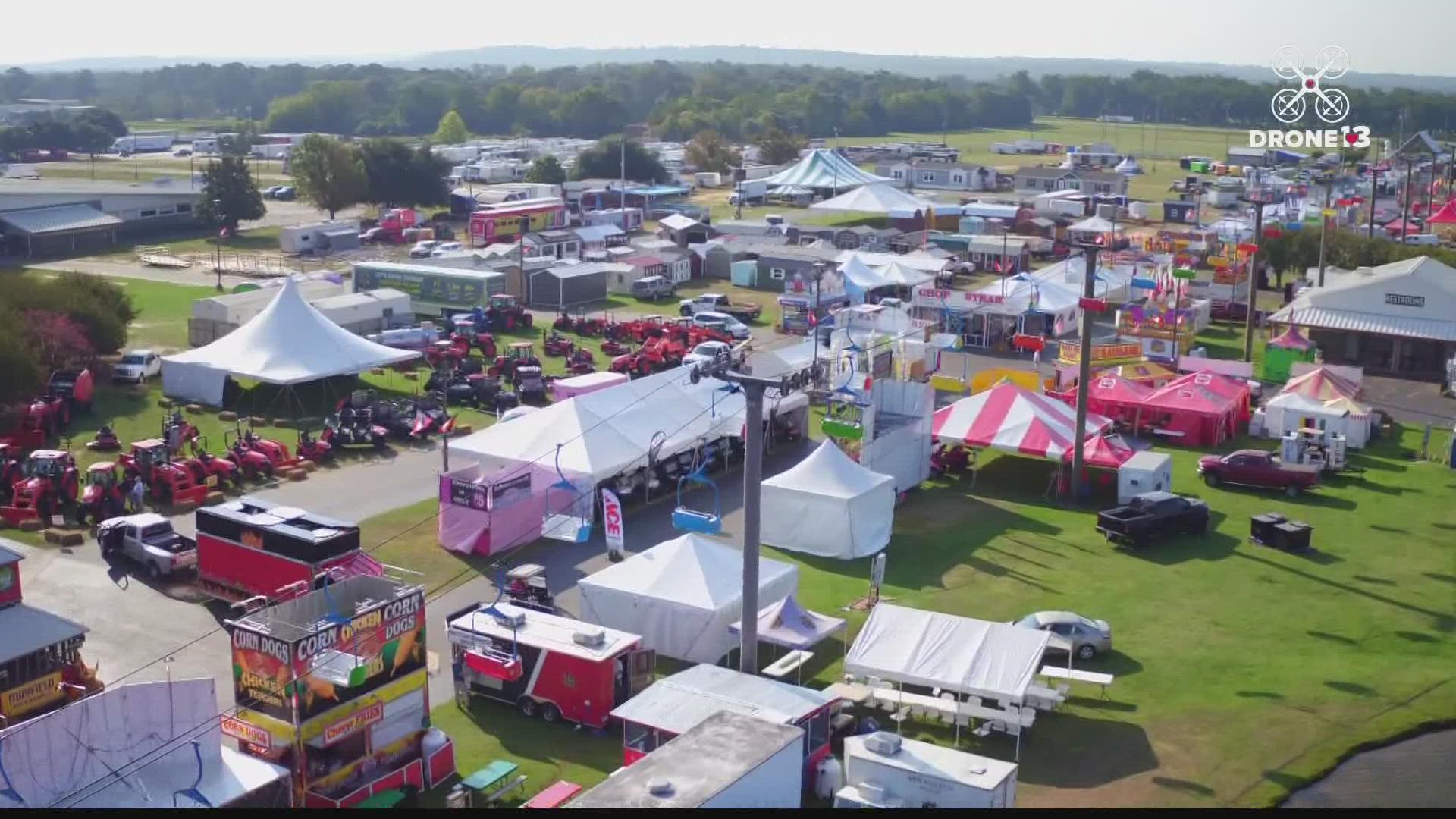 PERRY, Ga. — The 32nd annual Georgia National Fair will be back this year after a year off due to the pandemic.

The fair brings more than half a million people to Central Georgia each year. The fair has announced its COVID-19 policies for this year's event.

They said masks and vaccinations are encouraged but not required, they're also asking people to social distance "when possible."

Judy Wenger has been the owner of the Oil Lamp for 25 years now, and she said she enjoys the foot traffic she gets being so close by.

"Last year, we didn't have the fair and I think a lot of people missed it. I understand why we didn't have it, but I think everyone is looking forward to it this year, and I hope we have a great turnout," said Wegner.

Fair spokeswoman Maggie Dimes said 80% of the fair will be outside and their equipment will be sanitized routinely.

"We are not requiring masks, but we are encouraging them. I will also say that we will have hand sanitizer stations throughout the fairgrounds," said Dimes.

Michael Hokanson, spokesman for the North Central Health District, said we should continue to follow the CDC health guidelines.

"A lot of people wait all year for specific events -- they buy tickets all ready to go. Then, they might get ill, but if you are feeling ill, we definitely discourage you from going to any place where you might be in close quarters with others, where you might be spreading the illness to someone that is very, very vulnerable," said Hokanson.

Wenger said the fair's great for the whole town of Perry.

Dimes says the Georgia Department of Public health will be offering free vaccinations at the McGill Marketplace from 12 p.m. - 6 p.m. every weekday during the fair except for the first Thursday which is October 7th.