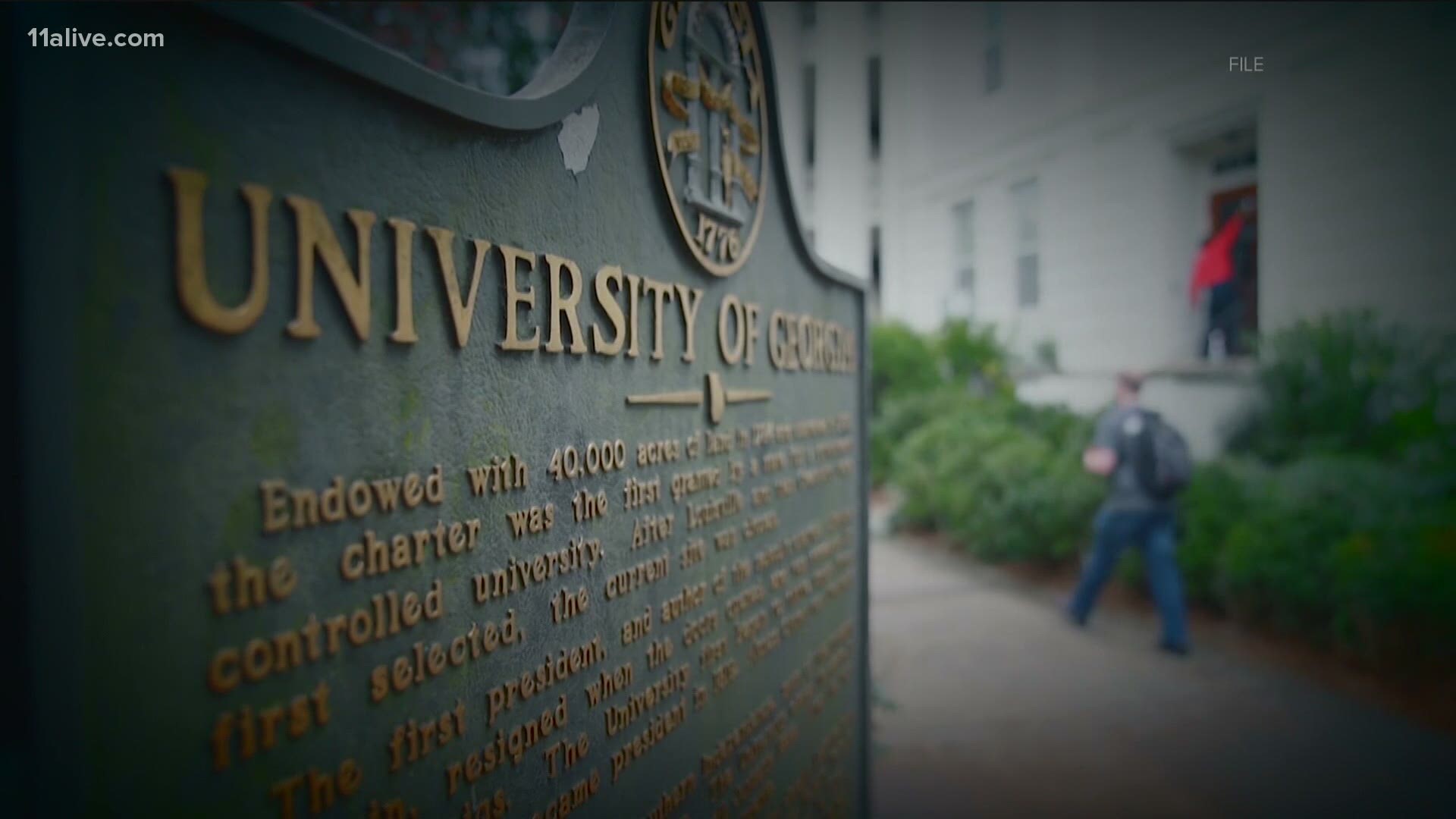 ATHENS, Ga. — The number of COVID-19 infections at the University of Georgia has quadrupled over the past week.

Now public health professors are joining together and calling on the university to go fully virtual before the situation gets any worse.

11Alive's Kaitlyn Ross spoke to them about that stark warning.

"We have a Labor Day holiday coming up," said UGA professor Dr. David Bradford. "That is the optimal time to undertake the difficult pivot to online education. But we need to do that immediately."

He teamed up with other public health professors to call on the university to make a change after 821 new cases of the coronavirus were reported on campus over the past week – nearly of them students.

Dr. Grace Adams thinks the positive cases are likely higher than that because the university is only reporting numbers once a week.

"I believe these numbers are quite conservative," she said. "It's a time lag because we are only seeing data one week at a time."

Both Dr. Bradford and Dr. Adams worry the university does not have the testing capacity to give a clear picture of infections on campus.

"By midday on Monday, they were out of slots for the entire week," Bradford said.

A university spokesperson told 11Alive every student or staff member who wants to be tested for the virus will be able to get tested. But what happens if they test positive?

The university has designated quarantine rooms, but Dr. Bradford says one of his students was sent home after testing positive.

A university spokesperson told 11Alive there are 99 rooms on campus designated for COVID-positive students, and 195 rooms available at the Georgia Center Hotel.

The university does encourage students who test positive to immediately leave campus and return home but, will provide housing if they’re unable to go home.

The Dean of UGA's College of Public Health, Marsha Davis, tweeting her concern and urging students to wear masks and practice social distancing.

Dean Marsha Davis wants you to be #DawgStrong and wear a mask to help prevent the spread of COVID-19! @PublicHealthUGA pic.twitter.com/jB3fSIEb82

"We want to be able to teach and do our jobs, but we have to be safe in order to do that," said Dr. Adams.

The professors argue there may be even more unreported cases due to insurance issues.

"When students go and get these tests done, and pay for it with their parents' insurance, they quite naturally take the address from the form which attributes the case to their parents’ home county, not to Athens-Clarke (County)," Dr. Bradford said. "As alarming as the numbers for Athens-Clarke are, they should be more alarming."

We asked the health department about that and a spokesperson told us they depend on people accurately reporting their own address - if they're tested through DPH, they don't need an insurance card.

But, if they got tested at a CVS store or a private doctor's office, they would, and those numbers might be reported as their family home of record.

The university, though, says if a student tests positive on campus, those numbers are reported by the university as a positive case at UGA.