Beach said he was initially told by doctors that he didn't have coronavirus and said he attended the session because he felt better. He got tested just in case. 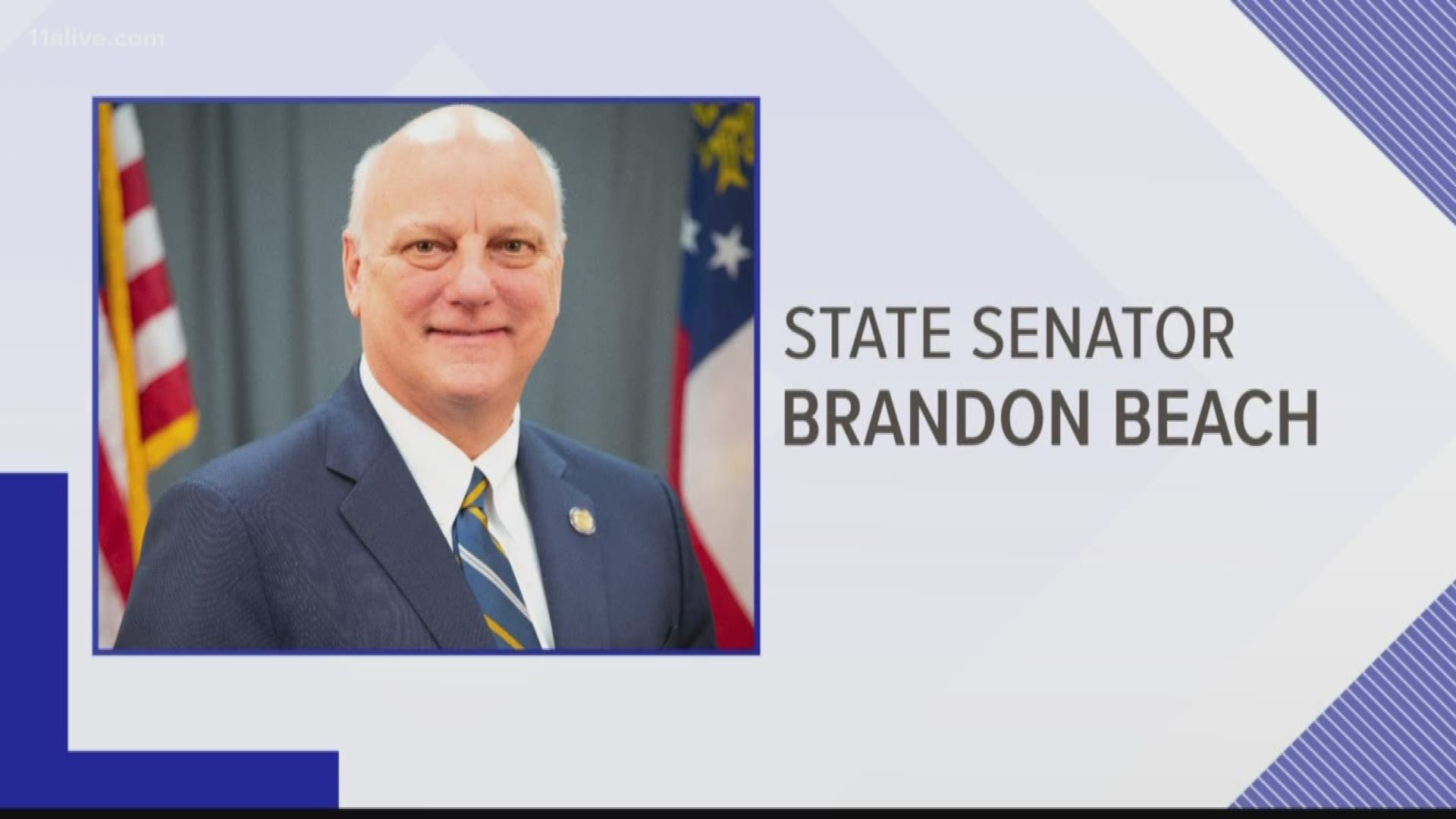 ALPHARETTA, Ga. — Just hours after Lieutenant Governor Jeoff Duncan and members of the Georgia state senate announced they were going into a precautionary self-quarantine, a state senator has stepped forward saying he has coronavirus.

State Senator Brandon Beach of Alpharetta announced on Wednesday evening that he would be in self-quarantine for the next 14 days. Beach was last at the Capitol during Monday's special session.

"After experiencing a fever and cough, I sought medical attention last week," Beach said. "The diagnosis I was given was not coronavirus, but I did get tested for it on Saturday."

He said that with medication, he felt better by Monday and thought he "was clear."

"Today, however, my test came back positive," he said.

Beach described symptoms of a fever and cough but said he's following the doctor's orders, "including the admonition to stay away from the hospital unless it becomes difficult to breathe."

"I know Georgians are praying hard as we weather this crisis together," he said. "And frankly, I'd ask that they pray for me, as well as all the others in our state who are going through this right now - and those who soon will."

He said that he expects his next two weeks to be difficult but said he will continue to update on his own progress. He also assured the public that his wife is keeping a safe distance and hasn't shown symptoms. He said that she and their neighbors are being very supportive.

"I know I'll get through this and get back to work for my constituents," he wrote.

Ways to help: Community partners and charities in need amid coronavirus pandemic

Walmart to host a senior shopping hour during the coronavirus pandemic