'Just tried calling...got in after 143 times.' | Fulton health board responds to frustrations over scheduling vaccine appointments 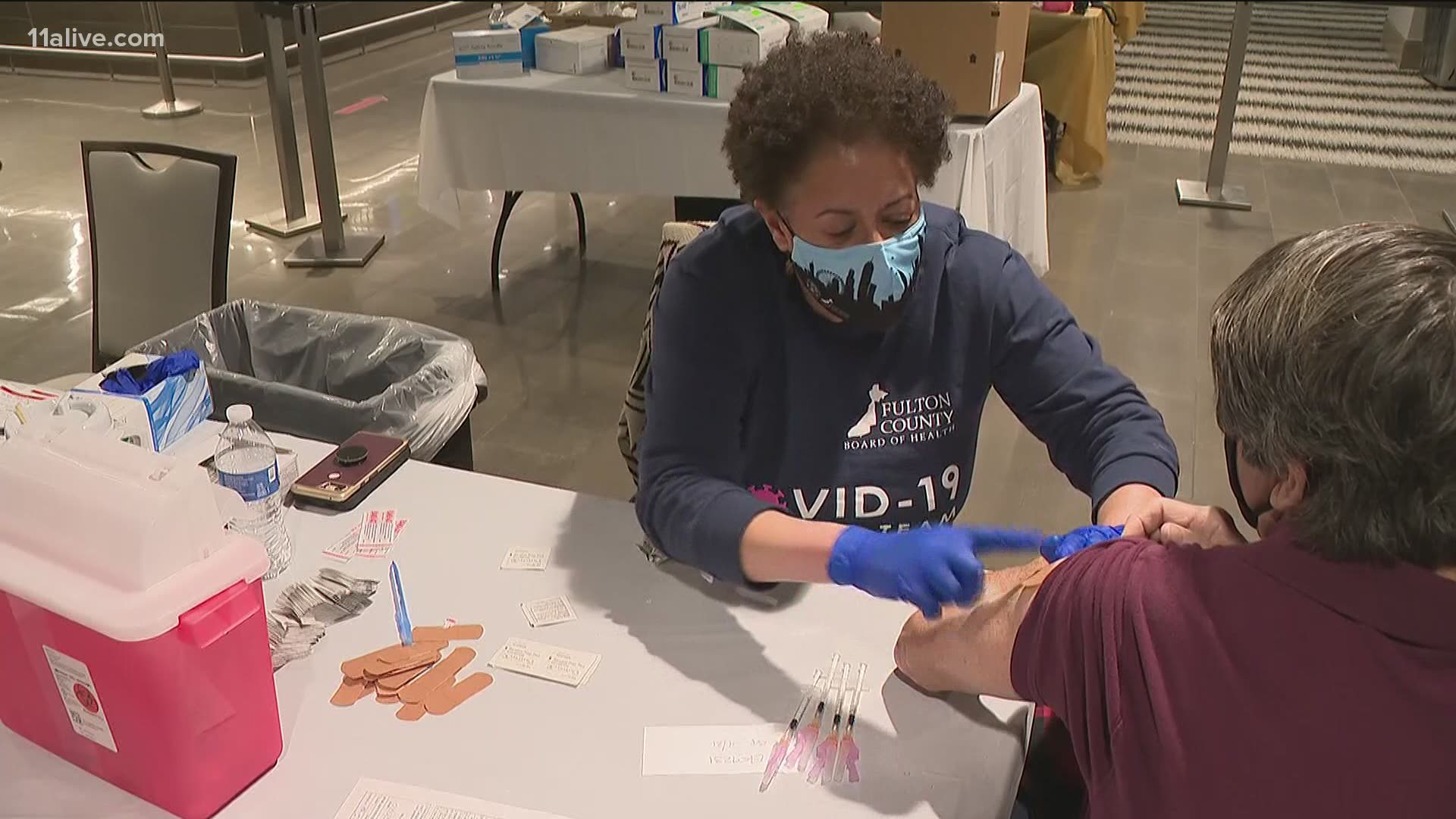 ATLANTA — As Phase 1A of COVID vaccine administration rolls on, many viewers are writing in to 11Alive to vent their frustrations, sharing how they can't get an appointment or have spent long times on hold on the phone.

Others are struggling to book an appointment for their second dose, like Barbara who wrote: "Just tried calling their hotline ... got in after 143 times. Then on hold for 34 minutes, was told to call back during business hours (which this was) or leave a message. Left messages, they don't call back."

And Jacob, who wrote: "Today, I sat on hold with the Fulton County Board of Health for 35 minutes trying to get my parents scheduled for their 2nd COVID-19 vaccine. Both are 69 years old and my father has COPD. I called precisely at 8 a.m., when they opened, waited on hold for 35 minutes, and then was sent to voicemail - no human interaction whatsoever."

Both Barbara and Jacob were trying to reach the Fulton County Board of Health, so 11Alive reached out to them on their behalf.

Dr. David Holland told us people who already received their first dose will be getting an email to schedule a date to get their second dose, so they should not have to be calling in on the phone at all.

"We are reserving slots for the second dose," Holland assured. "There are plenty of them and you'll be contacted directly."

And moving forward, Holland said the Board of Health is changing the way it schedules appointments for the second dose to make it even easier.

"Later this week, we are switching to a scheduling system, and people will get their second appointment for the second dose at the time when they get their first dose, so we won't have a lot of this confusion," Holland said.