Employees received an extra check between $500 and $2,000 to thank them for working through the pandemic 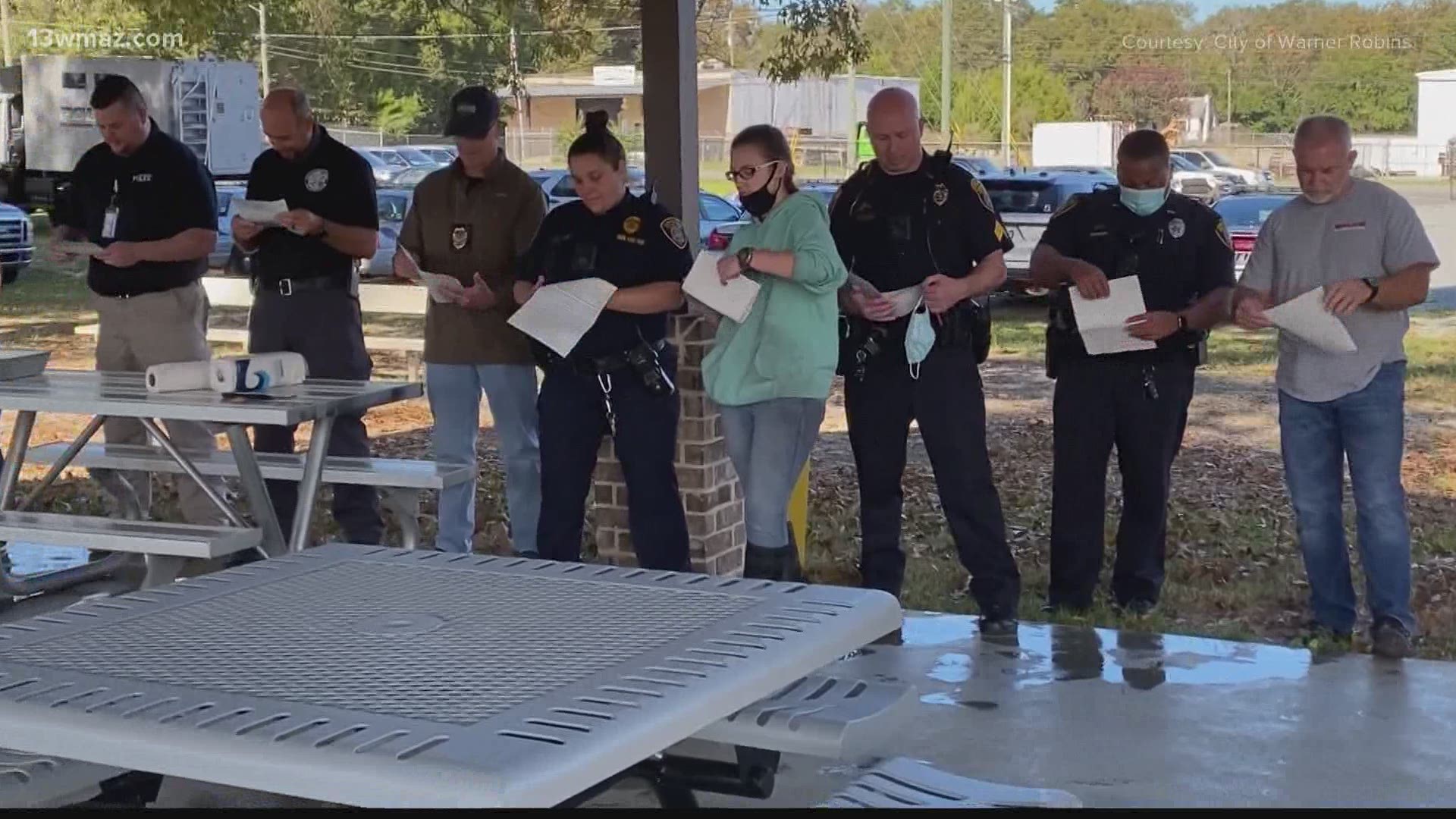 WARNER ROBINS, Ga. — For some of us, Friday is payday, but this Friday, all Warner Robins city employees got a little extra. They received a hazard pay bonus.

On Monday, we reported city council agreed to pay employees a hazard pay bonus this year. But then, Mayor Randy Toms wouldn't specify exactly how much, saying he wanted to keep it as much of a surprise as possible.

Mayor Randy Toms hand delivered some of these checks to city employees, telling them to wait to look at them until he passed them all out to the group.

"We feel very blessed. You know our Thanksgiving and Christmas is definitely a lot more secure because of this," said Lt. Brian White with the Warner Robins Fire Department.

At a news conference earlier this week, Mayor Randy Toms said employees would be receiving at least $200 each. However, people we spoke with say they were not expecting the big check they got Friday.

"I seen how much it was, I was like 'Wow, that's alright,'" said James Coley who works in the city's recreation department.

"Every single one of us was going to be grateful for anything, we had the thought process of maybe $200 because that's what we seen on the news. So we wasn't expecting to see $2,000," White said.

Toms says the day was overwhelming.

He says he's glad the city is able to do this to thank employees for their dedication working through the pandemic.

Crystal Noll, who works in the city's recreation department, says these bonuses speak for the character of the Warner Robins city government.

"They took care of the first responders of course and then thought of us, the full time staff, even our part time employees, who have worked throughout this pandemic," Noll said.