Children's Hospital of Colorado with other mental health providers and organizations hope to receive one-third of the fund to help with mental health resources. 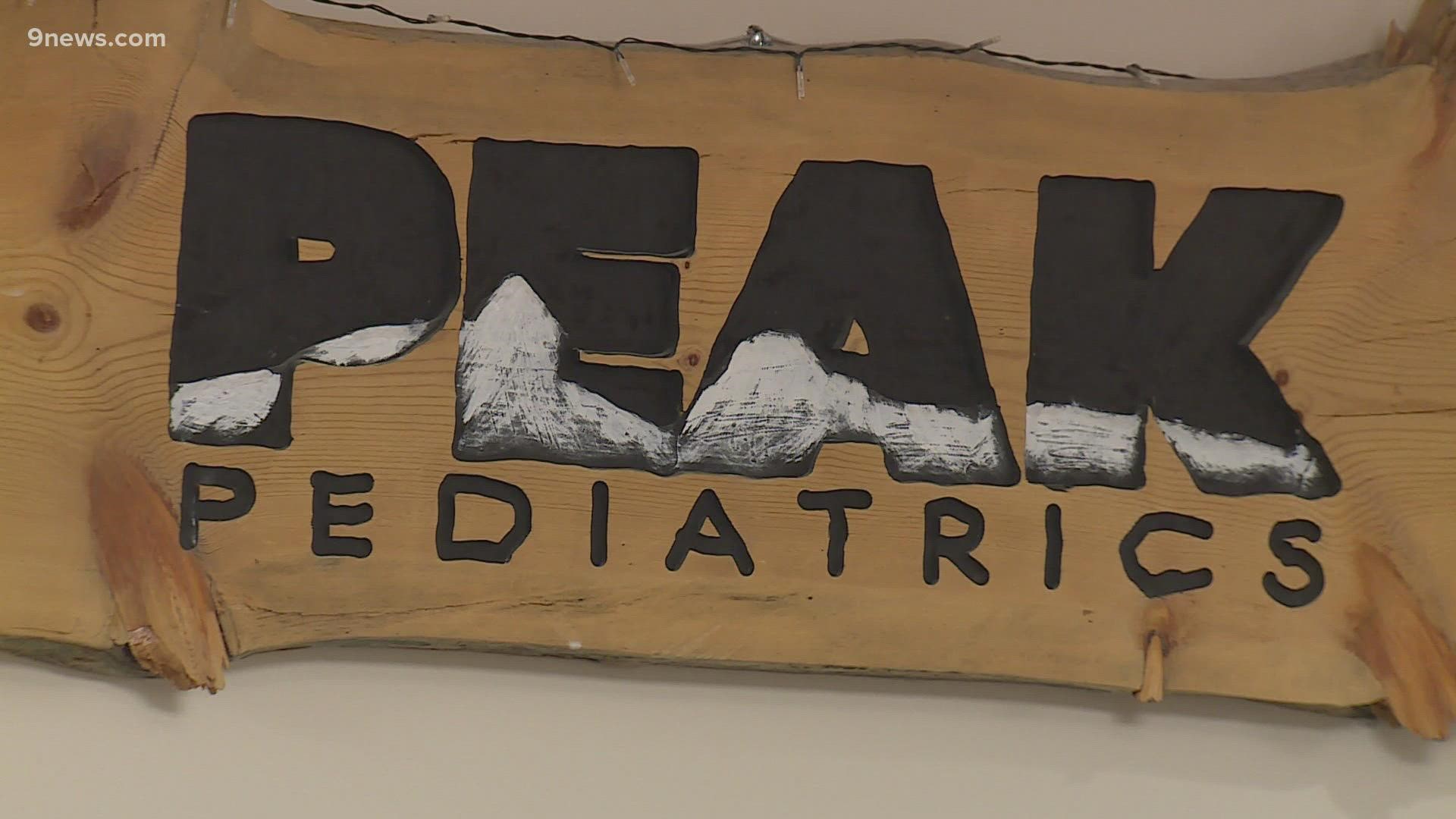 THORNTON, Colo. — While Dr. Kaitlin Whelan is a pediatrician by training, she quickly knew that what she needed to learn about the most to provide extra help to staff was mental health.

“Our mental health services for pediatrics was less than ideal before the pandemic and the pandemic has made that even worse," she said, sitting in one of the rooms where children's therapy takes place.

The Thornton Clinic she works at, Peak Pediatrics, she says feels like the demand is at an all-time high, and not just for regular check-ups.

“...but definitely for mental health and we have a high waitlist of people wanting to talk about or start medication they can’t get at other places," she said.

At the clinic, she says they provide basic mental health care for young kids, but more have been lining up to make appointments, and oftentimes they really only are able to connect them with higher-level resources.

"So I think as a pediatric provider, it is rewarding when we get to see a change, we just don't have the resources to make changes as readily and as quickly as we want," she said. "We, like, I said, have patients who are awaiting care and we are trying to get them in as quickly as we can. But some of those patients shouldn't be seen by pediatricians."

Dr. Whelan and her clinic's story is similar to that of others, according to health systems like Children's Hospital Colorado, who declared a mental health state of emergency for children in May, following a rise in kids needing to go to the emergency room after attempts to take their own lives.

The growing demand also lines up with a recent report from the Colorado Health Institute which found that adolescents between the ages of 11 and 18 reporting poor mental health doubled from 2017 to 2021.

"We want to now focus and pivot to talking about solutions," said Zach Zaslow, the Director of Government Affairs for Children's Hospital Colorado.

The solutions he believes start with the hospital system along with other mental health providers in getting a portion of the remaining $450 million dollars of the state's federal pandemic recovery fund, which is yet to be allocated.

"We're seeing a workforce shortage, which I'm sure you're familiar with, and it's not even just specific to health care, but I think it's worse in health care and Children's is not exempt from that," Zaslow said.

This week, Children's Hospital Colorado led a virtual press conference along with a coalition of mental health providers to make their case for why they say they collectively should receive one-third, or $150 million of the pandemic recovery fund left, which is $450 million.

That pot of money came from the American Rescue Plan Act.

The coalition includes the Colorado Chapter for the American Academy of Pediatrics, Partners for Children's Mental Health, Colorado Association for School-Based Health Care, Healthier Colorado, and the Colorado Education Association.

The proposal is one of many that the Behavioral Mental Health Transformational Task Force is considering for their final recommendations on how to allocate the funding.

"...we're going to do our best to make an informed recommendation," said Vincent Atchity, the chair of the sub-panel for the task force.

He explained that by mid-January, a report would be released from the task force that ranks the recommendations for how to allocate the money.

Ultimately, the recommendations are for state lawmakers to utilize for spending bills during the next legislative session.

"And, you know, even something ranked as a low priority that does that won't prevent some elected officials from taking that on as a personal cause and running a bill to try and fund it," he said.

Hospital capacity, especially among mental health beds, is stretched thin, as well as a workforce shortage in mental health providers, Zaslow said. But the coalition mainly emphasizes investing the funding in prevention services including in schools, if allocated.

"...And by the time kids come to our emergency department for our inpatient unit, the system has failed them for the most part already, Right? We should not be needing to see those kiddos. We want them to get the care that they need, closer to home, whether it's with their pediatrician, whether it's having their mom or dad have the resources they need or having a counselor, another trusted adult that they can talk to in school so that they don't get to the point of showing up in our emergency department," Zaslow said.

Among other things, Zaslow explained that the funding, if allocated, would go towards a variety of things, including hiring more mental health doctors and investing in a higher capacity of mental health hospital beds across the board.

"The goal was to represent the whole continuum of the whole spectrum of mental health care in Colorado because it's strained to the breaking point up and down that whole continuum. And so we just really wanted to sound the alarm and start to share ways that policymakers can jump in and make a difference," Zaslow said.

The Colorado Pediatric Psychiatry Consultation and Access Program would also benefit from the funding if approved.

A spokesperson for Children's Hospital Colorado explained that funding is approved, the program could expand about 2 to 3 new practices per month. They currently have 50 enrolled practices and 355 enrolled providers, which serve around 350,000 individuals, and are interested in expanding to the Plains and Mountain regions of the state.

As for Dr. Whelan, she doesn't think the funding, if approved, will completely solve the problem, but it's a start.

"I do think it can go a long way. Can it fix everything? No. But we hope it can do a lot and be the start of making big and hopefully kind of year-long changes to retool our kind of mental and physical health connection.," Dr. Whelan said.