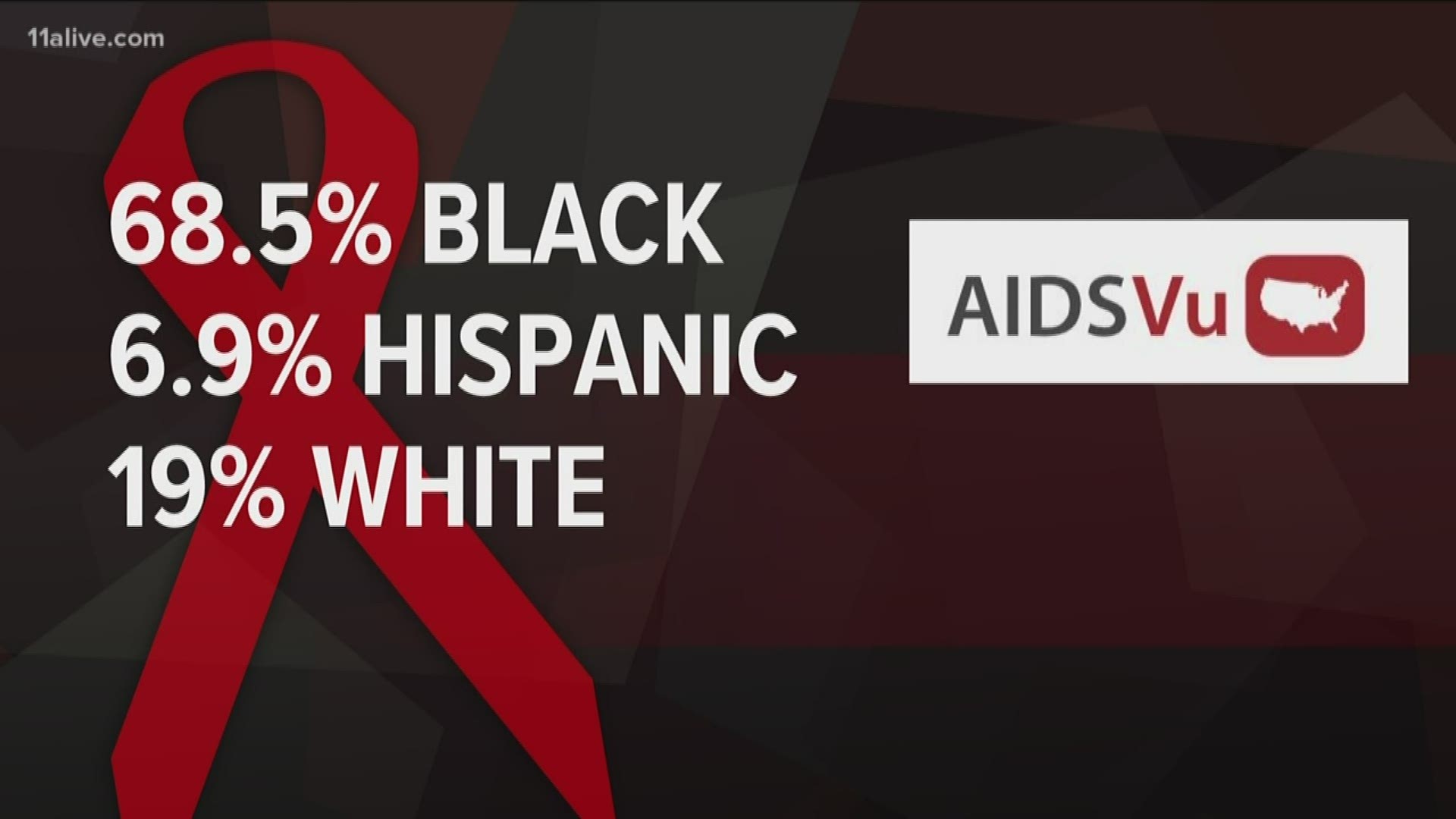 ATLANTA — Georgia ranks fifth in the nation for new HIV diagnoses, according to the Centers for Disease Control and Prevention.

In honor of World Aids Day, Georgia's Department of Public Health is encouraging people to get tested for HIV.

"There's still more critical work that we need to be doing throughout Georgia, but particularly in the Atlanta, Fulton, DeKalb areas, which ranks topping the charts throughout the state of Georgia," Imara Canady with Aids Healthcare Foundation told 11Alive.

Georgia's Department of Public Health said one in six people living with HIV in Georgia don't know they have the virus, increasing the risk that they could infect someone else.

RELATED: Lots of Americans are wrong about how STDs are spread, survey finds

Canady says there is still a lot of stigma surrounding HIV, and still a lack of accessible and affordable quality healthcare.

"If you test positive, it is critical that whether it be through Aids Healthcare Foundation or any aids service organization that we get that individual linked into care and ensuring that they are maintaining their care," Canady said.

The latest data from AidsVu shows that in the state of Georgia in 2016, 68.5 percent of people living with HIV are black, 6.9 percent are Hispanic or Latino. and 19 percent are white.