According to a study, the single-pulse transcranial magnetic stimulation device prevents migraine attacks by reducing the "hyperexcitability" of the migraine brain. 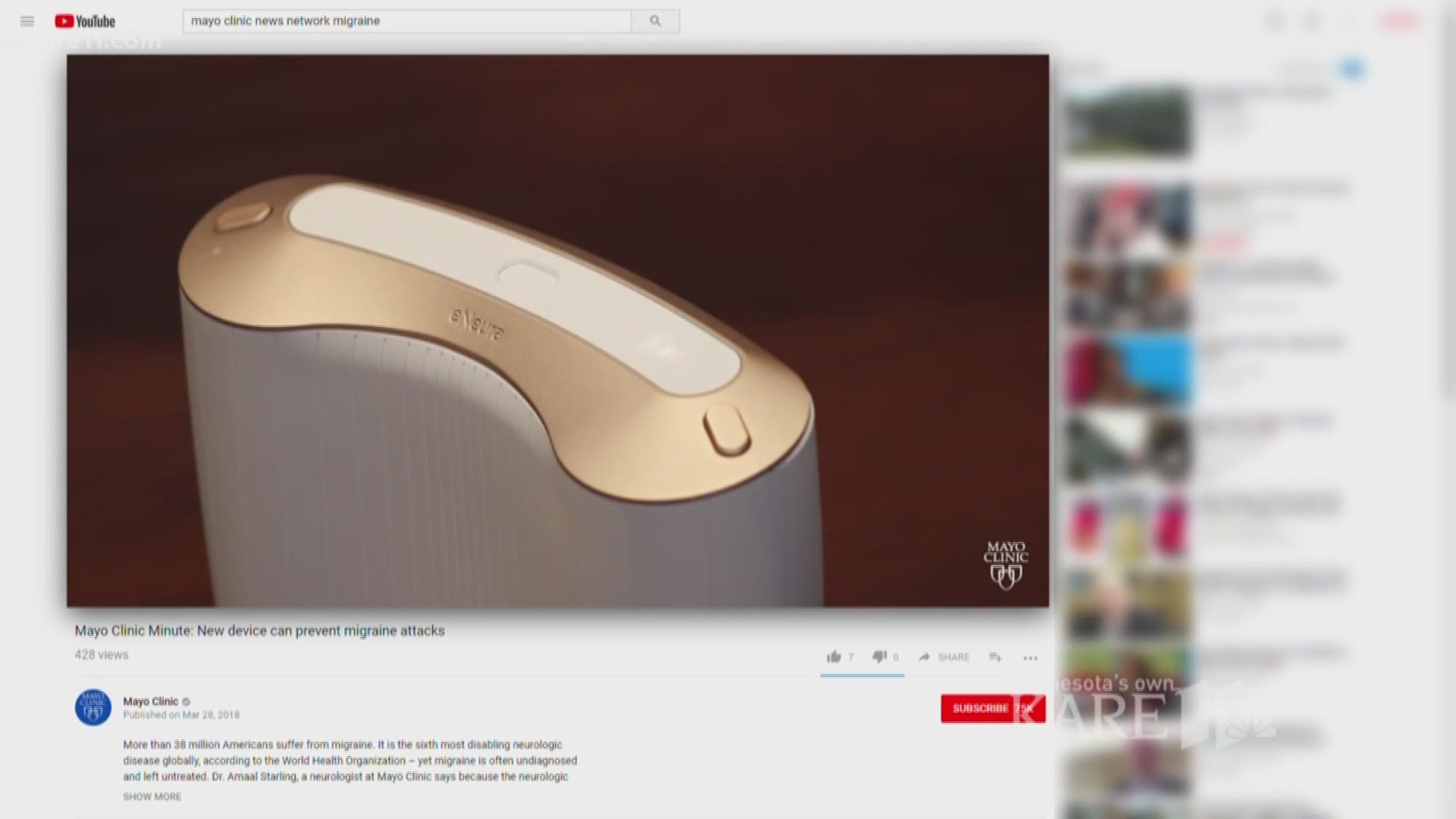 MINNEAPOLIS -- Researchers say a new treatment may give migraine sufferers some relief without the side effects of medication.

According to the study published in Cephalagia in March, the single-pulse transcranial magnetic stimulation device prevents migraine attacks by reducing the “hyperexcitability” of the migraine brain.

“We took 132 patients, and they used this device twice a day, four pulses in the morning, four pulses at night, which takes another two minutes to administer,” said Dr. Amaal Starling, a Mayo Clinic Neurologist who authored the study along with experts from other major academic headache centers across the U.S..

Starling said the device – which is placed against the head -- helped to significantly reduce the recurrence of migraines among the studied patients.

“Overall, there was about a three-day reduction in the number of headache days per month. And there was a study endpoint that demonstrated that 46 percent of patients had 50 percent or less migraine attacks that month,” she said.

Starling noted these results are especially encouraging for migraine sufferers who have not benefited from oral medications or who experience serious side-effects from those medications.

“For us at Mayo Clinic, what it means is that now we have a new FDA-approved treatment option that is not a medication. It’s not invasive. It’s safe. It’s well-tolerated, and it is effective for the treatment of migraines,” Starling said, adding that they plan to further study whether the device could help with other headache disorders, including post-traumatic headaches.

According to the Migraine Research Foundation, nearly 40 million Americans suffer from migraines. Of those, about 5 million experience at least one migraine per month.

Meantime, migraine sufferers themselves say they welcome the medical breakthrough and what it may offer people whose lives revolve around the debilitating effects of migraine attacks.

“I feel like I would get my life back,” said Jacquelyn Knoll of Bloomington, who first started getting migraines about 10 years ago.

The 28-year-old court clerk continues to suffer migraine attacks about once a week.

“I can’t handle noise or light. I get really nauseated and want to throw up, but I don’t have any appetite, so I can’t even eat. And I can’t function. I have to lay in my bedroom completely dark,” she said.

Despite trying several other treatments – from medications, to acupuncture, to massage and diet changes – Knoll is willing to try this latest treatment… hoping this might be the one to bring her relief.

“It makes me want to tear up just thinking about it. But I can make plans with friends. I can hang out with my family. I don’t have to miss holidays, birthdays, work. I can be a normal 28-year-old again,” she said.

Experts encourage anyone with interest in this device – or any possible treatments for migraines – to consult their doctors.