“I know the struggle. I know what its like to avoid the doctor. This is a must have.” Ross said. 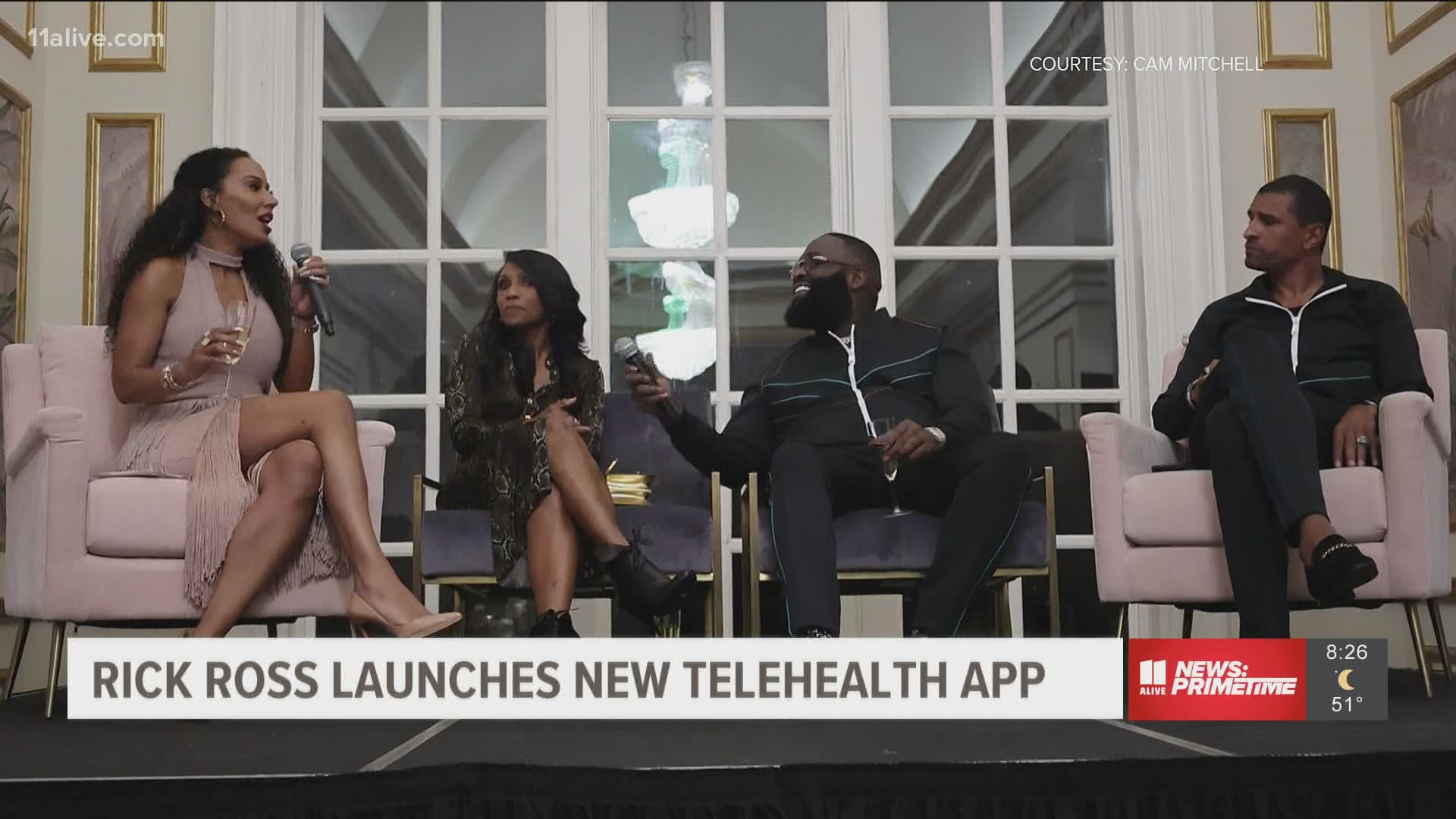 ATLANTA — Rick Ross has added the title of healthcare hero in one of his recent boss moves. The multi-platinum hitmaker has launched his latest venture JetDoc to Georgia residents. It’s a telehealth platform designed to make medical care and prescriptions easier and faster virtually.

On April 2, JetDoc officially launched in the Peach State following Florida as the second state using the app. Ross, who invested $1 million in the start-up,  hosted an intimate dinner and discussion about the app’s roll out in Georgia at his Promise Land Estate in Fayetteville.

Ross revealed his personal mission to get people of color insured because of his own personal health scare a few years ago.  There was another health crisis from Ross’ close friend and manager Black Bo died of a heart attack in 2018.

“I lost my brother. He passed away in the room next door to mine. We woke up in the morning and he was gone, and after the fact we found out he was struggling. All of his arteries around his heart was closing. We never discussed that one time, and what can I do,” Ross explained. “That’ the question that I asked myself once I had the right opportunity to present itself, which I felt Tommy Duncan and my friend Kasim Reed, and JetDoc and I understood what my role would be. It’s time to make healthcare cool.”

Reed, former mayor of Atlanta, participated in testing the app during the discussion. He called a doc about an issue with sunburn and received tips for caring for it through a video chat. An example of how the apps helps uninsured patients get access to medical consulting, prescriptions, and preventative care that could identify with underlying health issues.

“People avoid the doctor in my community for financial reasons because they don’t know if it will be $200 or $2,000, and majority of the time they can’t afford it,“ Ross said. “I know the struggle. I know what its like to avoid the doctor this is a must have.”

While Duncan and Ross developed JetDoc before the COVID-19 outbreak, during the dinner they said they created the app to make healthy healthcare attainable for everyone, especially people of color who have been impacted by this pandemic.

A survey released by the Prevent Cancer Foundation in August found that 43 percent of people surveyed had missed preventative care appointments during the pandemic.

Dr. Walters wants Black Americans to know telehealth platforms like JetDoc is a solution in fighting the diabetes, COVID-19, and the reported maternal mortality rate.

“If we’re dying more, we need to be doing more,” Walters said.

Ross hopes the app will expand into more states, and help people get answers to their private health concerns.

“A situation and an opportunity like this is more for me about making history, touch lives. I grind hard. I came in the game many, many years ago and I’ve wanted a lot of things that we’ve already done. This is a long-term commitment, something that will impact the communities where I’m from. Not just Black people, not just brown people, but everyone,” Ross said.