An older sister’s years-long fight to protect babies like her younger brother, results in new bills

Infant cardiac screening bills are in both the House and Senate and would require hospitals to conduct the exams on newborns. 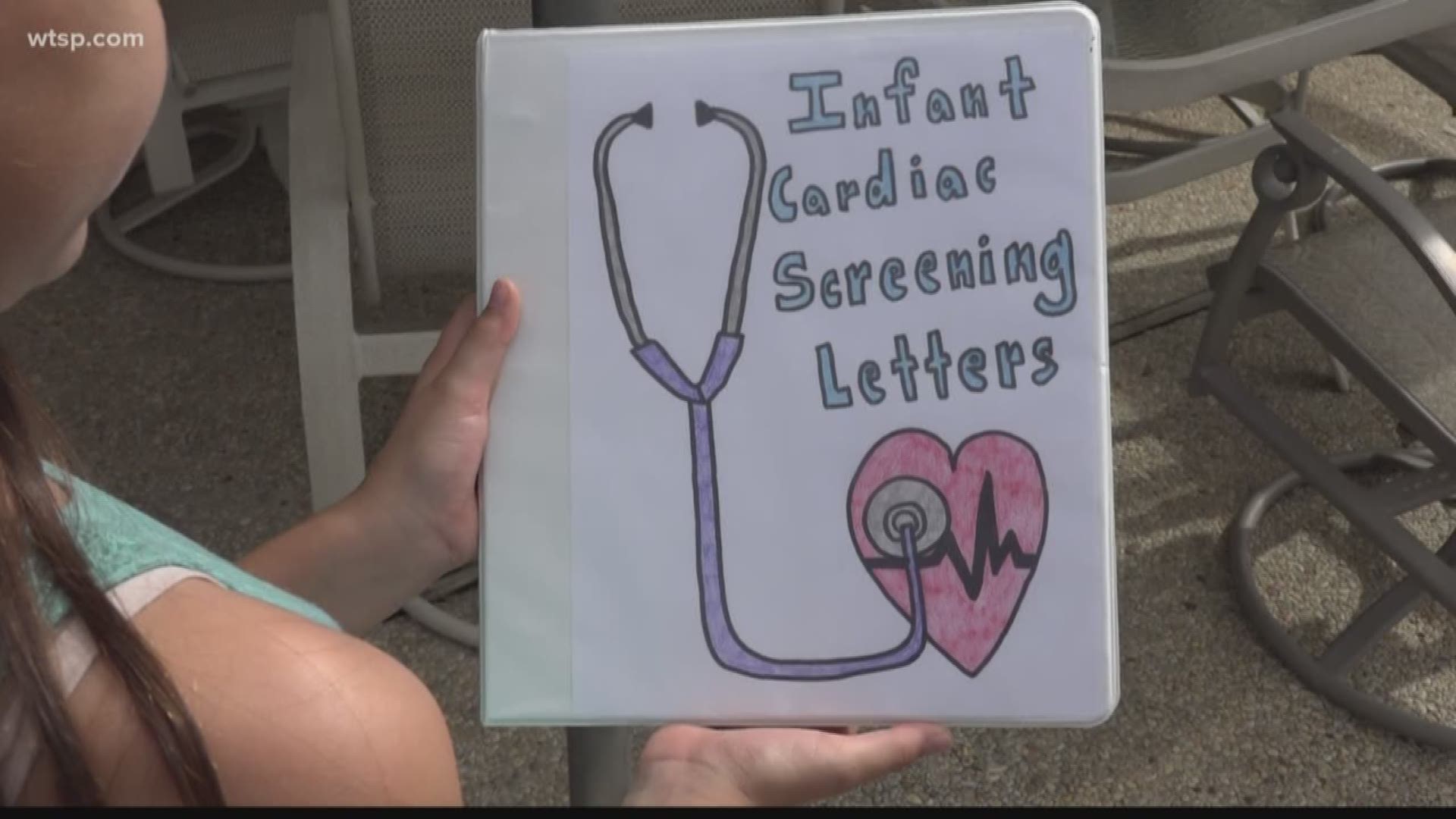 SARASOTA, Fla. — When a child is born, there are multiple checks that tests that are done to make sure the baby is healthy.

At many hospitals, infant cardiac screenings are done to check for normal oxygen levels and potential underlying issues.

The cost of the exam is around $15 and some hospitals, like Sarasota Memorial, offer the service at no additional cost to the family.

A new bill wants to make it so that every hospital is mandated to perform those screenings by law.

Savannah Marquez has been working on raising awareness around infant cardiac screening after it potentially saved her brother's life.

Savannah started with a 4-H project on the subject. Then she wrote letters to representatives and now has bills in both the Florida House and Senate.

Savannah is pushing for it to be required by law that every hospital in Florida conducts cardiac infant screenings.

“When he was born, he looked like a normal, healthy newborn," explained Nicole Marquez, Savannah and Nico's mother. "There were really no indications that there were any issues.”

But, then the screening showed there was an issue with Nico’s oxygen levels.

“Being almost ready to be discharged. To, you know, chaos. It was people running in and out of the room and tests being done. And, we didn’t really have a lot of answers," said Nicole.

Tests showed that Nico had a transposition of the great arteries. That’s when the two main arteries leaving the heart are reversed.

“He looked like a healthy baby, but probably as he went home, and that hole started to close, and that blood couldn’t mix anymore, he would have had very serious complications and may have passed away,” Nicole said.

Thanks to the test, Savannah has a healthy younger brother she couldn’t imagine life without.

“I wouldn’t have a lot of fun in my life. I wouldn’t have funny moments, because the world would just be like, you know, how families in movies when somebody passes away and their family they just kinda look gloomy and nothing fun happens anymore? I feel like that would be our family,” Savannah said.

She’s hoping this new bill helps other families like her own.

Savannah and her mom have started an email account to raise awareness around the cause: infantcardiacscreeningbill@gmail.com.

RELATED: Girl dies after going into cardiac arrest on plane flying to Seattle
What other people are reading right now: