Murder, sex, and racism. Those are three words you'll come across if you search the name Chester Burge.

Almost 60 years ago, his wife was killed in their ritzy east Macon home while he was in the hospital.

He was later tried and acquitted for her murder, but then came another charge against the Macon socialite that shocked the town.

Described by author Richard Hutto as a slumlord, an alcohol runner, and a man with strange sexual desires, Burge didn't have the best reputation around Macon.

"He was the sort of the black sheep member of the family," said Hutto.

"Not friendly at all," said Dominy. "An egotistical person."

Burge and his wife lived in a lavish home in east Macon's Shirley Hills neighborhood. That's where his wife was found strangled to death in May 1960.

"Obviously, this was a murder that everyone knew about. It was on the front of both Macon papers every day. It was also prominently displayed in the Atlanta papers as well," said Hutto.

"Everybody, at 6 p.m., was watching the news to see what was going on," said Dominy.

"She had a huge diamond ring on her finger and the people who had killed her had supposedly tried so hard to get the ring off the finger, that the finger was almost severed," said Hutto.

At the time, Chester Burge was in the hospital for a double hernia surgery.

"Right off the bat, first thing everybody said was that he did it," said Dominy.

Chester rushed to the crime scene still wearing pajamas and a hospital robe. He told police $5,000 cash and some diamonds were missing from the home. Investigators initially called it a "robbery gone wrong."

Police arrested the Burges' maid and the chauffeur, found Mary's pet parrot dead, and the family dog locked in the basement.

As bizarre evidence kept coming out, some questioned Ku Klux Klan involvement. The group had showed up on Chester's front lawn just weeks before Mary's murder.

"What he had done was he rented a house that he owned in a white neighborhood to a black family," said Hutto.

But once the Klan was cleared, investigators took Chester into custody, and a Bibb County grand jury indicted him for his wife's murder.

But why would he have killed her?

"Even though he was technically wealthy, all of the wealth was in his wife's name," said Hutto.

That's because Chester had been declared "legally incompetent" when his own mother checked him into Central State Hospital in Milledgevile years before.

This happened after Burge's divorce from his first wife, who claimed he had forced her to have sex with him multiple times a day.

"The one juror whom I talked with said, 'We wanted to convict this man. We didn't like him.' Even his defense attorneys said this man is not likable, but he didn't murder his wife and that's what you're being asked to judge him on," said Hutto.

The defense poked enough holes in the prosecution's arguments for Chester to "walk." They couldn't prove beyond a reasonable doubt that he'd been in their home on the night someone strangled Mary.

"He thought he was off free, but then they turned around immediately using the testimony of his black chauffeur who openly admitted at the trial of having had a sexual relationship with Chester," said Hutto. 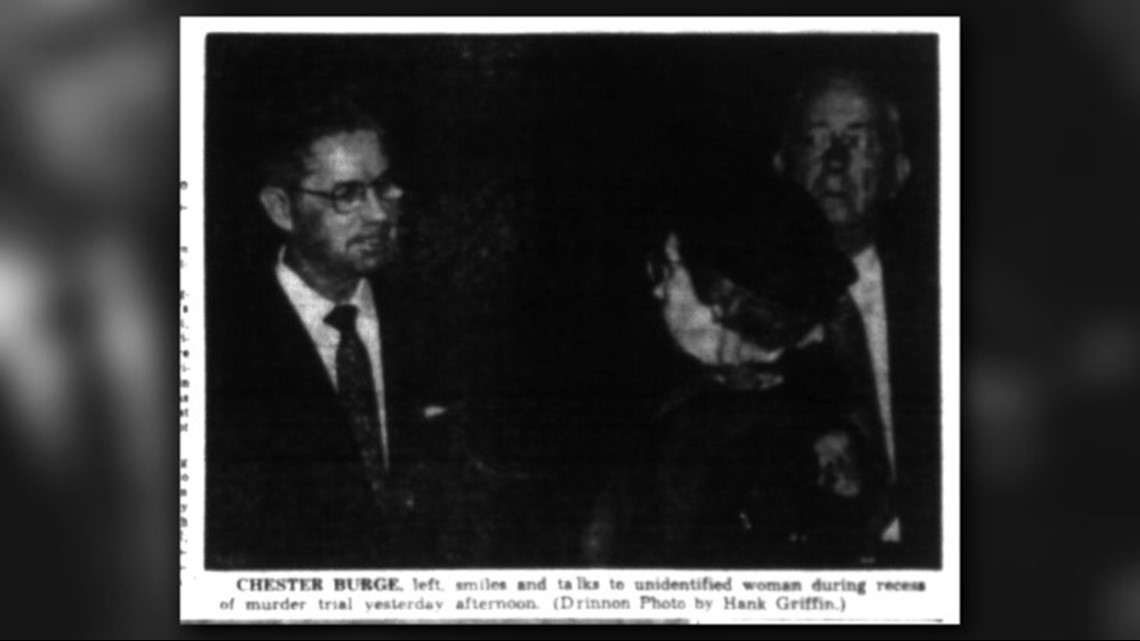 So Chester was tried again and this time convicted of sodomy.

Months later, the Georgia Court of Appeals reversed that decision and Chester moved on from two wives and two acquittals to the last chapter of his life.

He married a third woman, Anna Olesen, and moved to Palm Beach, Florida, where he died after his home mysteriously exploded in 1963.

Chester's remains were brought back to Macon and reside inside a mausoleum at Riverside Cemetery.

"His name was never put on it," said Hutto. "People really didn't want him to be associated with the better things in Macon."

Today, almost 60 years later, Mary Burge's death still remains a mystery. No one else was ever charged with her murder.

The Chester Burge case is a dramatic tale that keeps people whispering about rumors decades later.

"As fantastical as a Greek tragedy," Richard Hutto explored the crime in deeper detail in his book, "A Peculiar Tribe of People."

Former President Jimmy Carter, a fan of the book, said, “Rick Hutto’s book—a fascinating tale of murder and deception—provides a sobering glimpse into the prejudices and corruption of pre–Civil Rights Georgia.”