'Humiliating:' Warner Robins woman says she took a prescription sleeping pill one summer night. Her nightmare came the next morning. 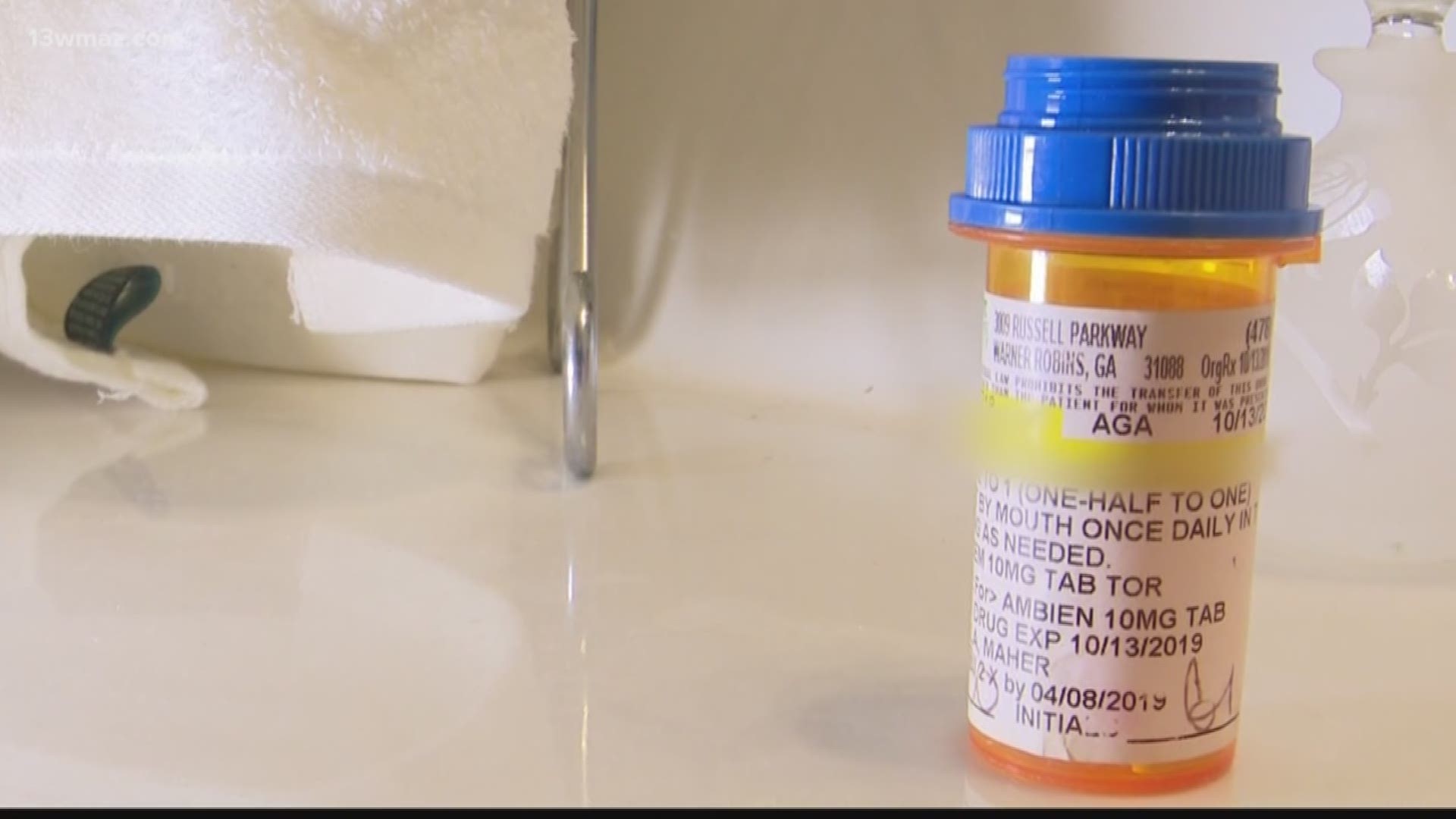 WARNER ROBINS, Ga. — "I turned on 96 and the next thing I knew the sheriff (deputy), was asking me to get out of my car," said Linda Meade.

Meade says how she got to that moment is a wild ride.

A Houston County Sheriff's Office report says she was found driving the wrong way down Highway 96 near her Warner Robins home early one morning last July. When deputies got to her, the report says she was "unsteady on her feet" and "had a hard time standing up." She failed a field sobriety test and was taken to jail.

RELATED: Is that really FDA-approved?

Between the time she turned out of her neighborhood and that conversation with the deputies, she says she can't remember a thing. What she does remember is taking an Ambien sleeping pill the night before. She says her doctor prescribed it.

Meade says she blacked out behind the wheel even though she followed all her doctor's orders. Below are her answers to some of our questions.

Zach Merchant: "You took the Ambien that you were prescribed as prescribed?

ZM: "You took the dosage that was prescribed?"

ZM: "You didn't drink alcohol with it?"

ZM: "You did everything you were told to do --"

ZM: "And yet you still blacked out and ended up in jail?"

That Houston County Sheriff's Office report says a blood test was administered the day of her arrest and sent to the GBI crime lab. WMAZ got the results of that test, and sure enough, the lab determined she had no alcohol in her system. No illicit drugs. The only substance found in her system was Zolpidem -- the generic name for Ambien.

Dr. Avinesh Bhar, a sleep specialist at The Medical Center, Navicent Health, says extreme reactions to sleeping pills are rare but they can happen.

"Assault...driving, causing injury, even rape -- and there's been multiple cases with drug use or any kind of sleep aid that affects your sleep," he said.

Meade says that happened to her. She pled guilty to DUI Drugs in January 2019. A judge sentenced her to 12 months of probation and 2 nights in jail.

"It was surreal, very intimidating," she said. "You have to take your clothes off, they have to check if you brought any[thing] in. You hear people using awful language all night long, hitting the doors."

She got slapped with fines and legal fees.

Maybe the biggest hit of all, since she travels for work, was what happened to her license. It was suspended for 6 months. That, she says, kept her from doing the bulk of her work.

And if this all happened like she says it did, this is where her bad luck got even worse -- because in Georgia, DUI drugs and DUI alcohol are not treated the same under the law.

"The man in front of me in the court, he was DUI alcohol," she said. "They let him drive and not me."

Attorney Ann Parman, who's spent decades specializing in DUI defense, says if Meade had made the choice to drink and then get behind the wheel she might have been better off, legally. The crimes carry the same criminal penalties for first time offenders, except when it comes to an offender's license. Parman says a first-time offender for DUI alcohol will lose their license for 4 months, sort of.

It's a long list of exceptions she says weren't available to Meade. Even though she did not choose to have an unexpected reaction to a prescribed drug, because hers was a DUI drugs charge, she lost her license completely, no exceptions.

It's a "6-month suspension," said Parman. "No permit. It's called a hard suspension."

There's no difference under Georgia's sentencing guidelines between most drugs, either.

"There has not been an exception carved out for (Ambien)," said Parman.

So in the end, Meade faced the same DUI charge as someone who got behind the wheel high on a drug like cocaine, all because of a pill she says her doctor prescribed. Meade says she does have a liver problem, which Dr. Bhar said could make unexpected reactions to sleeping pills more likely.  He also said in his practice, he prescribes those drugs to less than 1 percent of his patients long-term.

He added that alcohol consumption or extreme tiredness, coupled with sleeping pill consumption, can also increase the likelihood of an extreme drug reaction.