The Warner Robins Police Department held their first 'Night of Blue Lights' and 'Coffee With a Cop' events with Wagner as Acting Chief Wednesday night. 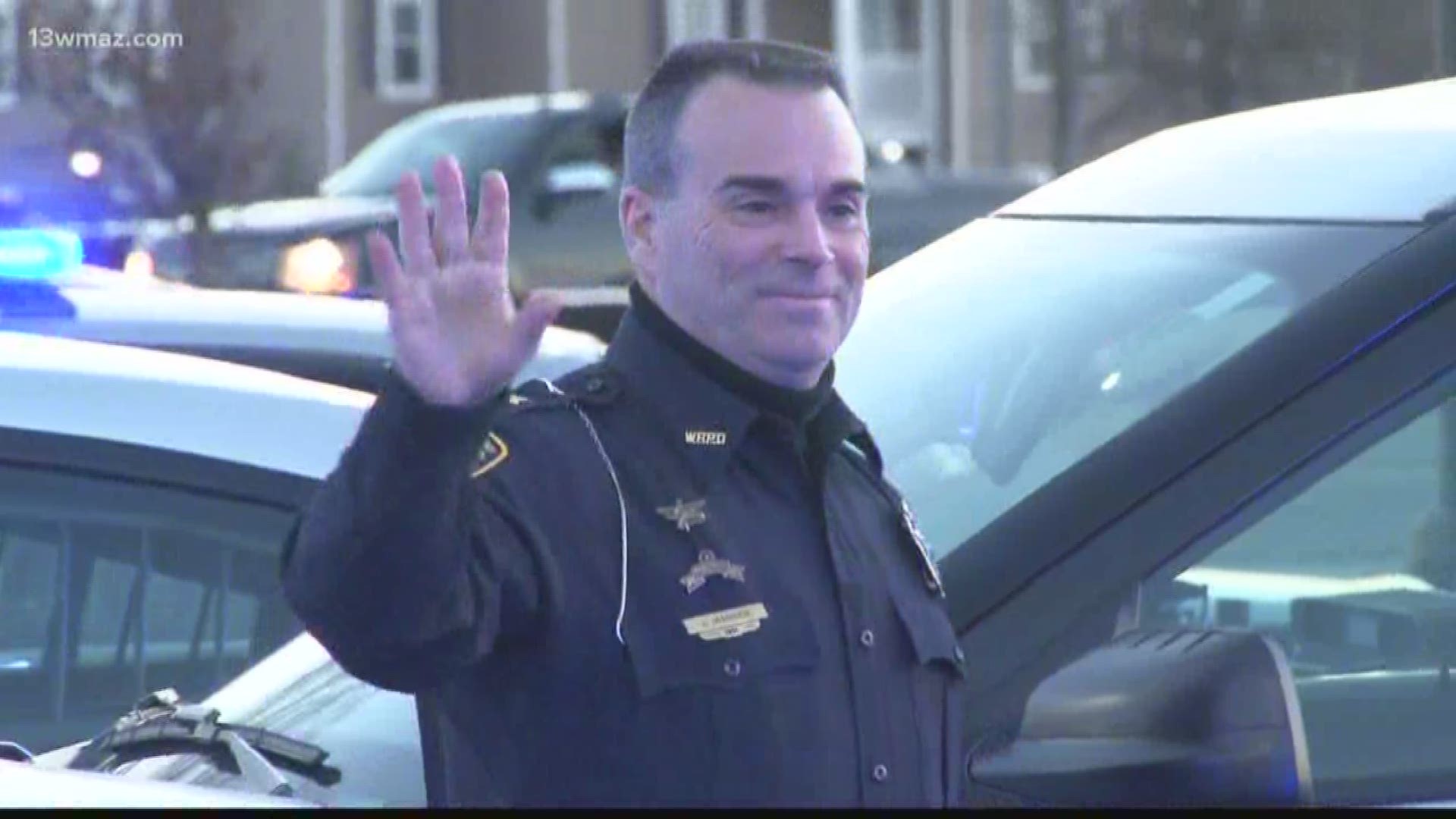 WARNER ROBINS, Ga. — Assistant Chief John Wagner had his first chance to speak to the public in his new role as Acting Chief of Warner Robins Police on Wednesday.

That comes after the surprise impending retirement of former Chief Brett Evans.

Wagner and company held their first 'Night of Blue Lights' and 'Coffee With a Cop' events, engaging with the community in a relaxed environment.

Wagner was surprised to hear he would be stepping into a new role, but said he was pleased.

"This is a wonderful feeling obviously, and I'm going to do my very best to make sure that I'm successful at this," Wagner said.

Officers from several departments including K-9, S.W.A.T. and Crime Scene Investigation showcased their positions and how they do them at the event.

Crime Scene Investigator Juan Herrera said that now that Wagner is in, it's business as usual, and Wednesday's event was a good time to talk to the community.

"We're here to interact with people and get to know the community, questions and whatever we can answer we're here for that," Herrera said.

David Hall was one person at Wednesday's event with his son, four-year old Liam. The pair spent the afternoon climbing into armored trucks and seeing police equipment firsthand.

"It's crazy what they get to do everyday," Hall said.

Few know the ins and outs of policing in Warner Robins better than Wagner, who's been in the department for 27 years.

He hopes his experience doesn't deter his officers from asking questions.

It will be Wagner's job to address the department's struggles and the directives of Mayor Randy Toms and the Warner Robins Council, specifically morale, hiring and retention.

Event nights like Wednesday's, where potential officers can see equipment firsthand, is a good first step, but Wagner said the best recruitment comes from his staff.

"The best recruiter that we have is the police officer that's working here, and I want to make sure, being in my spot now, that officer is pleased and does want to recruit people here," Wagner said.

Hiring will be on the to-do list to get the department back up to full force, despite a net gain of nine officers in 2018. After that, Wagner thinks expansion will be necessary to keep up with a growing city.

That could mean more crime, and the top cop said expect to see more blue lights in the International City.