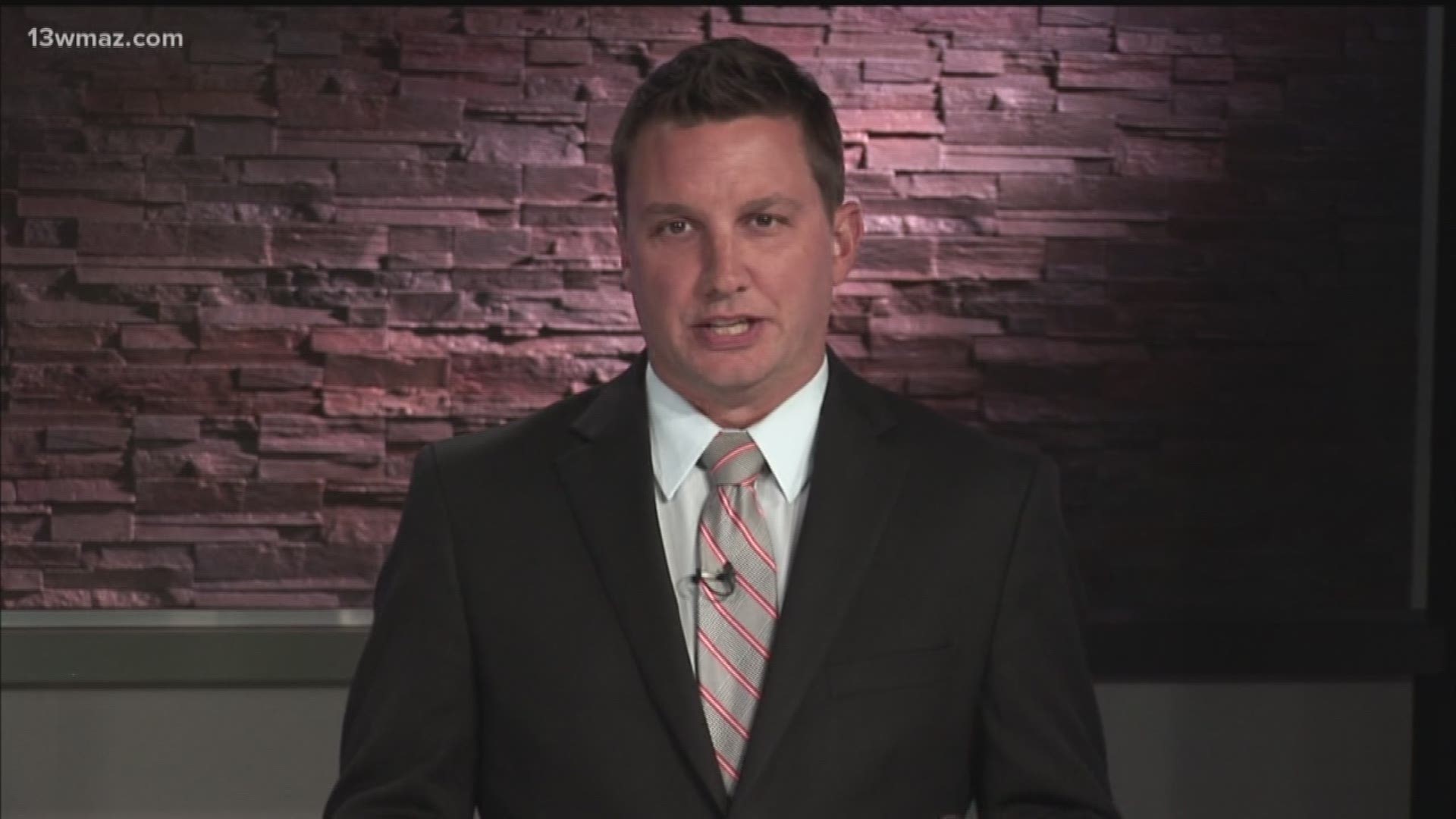 MACON, Ga. — Sunday was a big day in the sports world. Tiger Woods, in a remarkable comeback story, won his fifth Masters. Thousands of folks in central Georgia witnessed this as he tapped in his final putt. What was not available live to our viewers was Tiger receiving his green jacket in the clubhouse afterward.

The reason for this? Tornado warnings in several of the southeastern counties in the 13WMAZ viewing area. Our decision to cut into programming with the warnings and then leave CBS after Tiger's final winning putt prompted strong emotions from some of you.

RELATED: At least 8 killed, dozens injured as storms sweep across the South

We also got a lot of kind and supportive comments yesterday, and for that we are very grateful.

There were also comments like "Why didn't you do a split screen," and "You could've jumped in and back out," or just "get off my TV."

Those types of decisions are not mine to make. Our General Manger made the call to go with our coverage full screen to provide the best service to the people in the path of that storm. I support that decision.

Ultimately, that would not have been the best service to the people in the path of that storm.

I'm like you -- I would've rather spent my Sunday at home with my family relaxing on the porch, watching The Masters and Tiger get his green jacket.

However, duty called and to those folks who were in the tornado warning, there was no replay. It was a one-shot thing. Live and very real.

Tough decisions had to be made Sunday, but if it happened again, we would do the same thing.

We have an obligation, a responsibility to the viewers in central Georgia, and I believe we lived up that yesterday. We always will put the safety of our people first and that's a promise, straight from the heart.