The feds gave states a lot of money to help with COVID. While some agencies have been slow to use the funds, 11Alive found one that essentially gave it back. 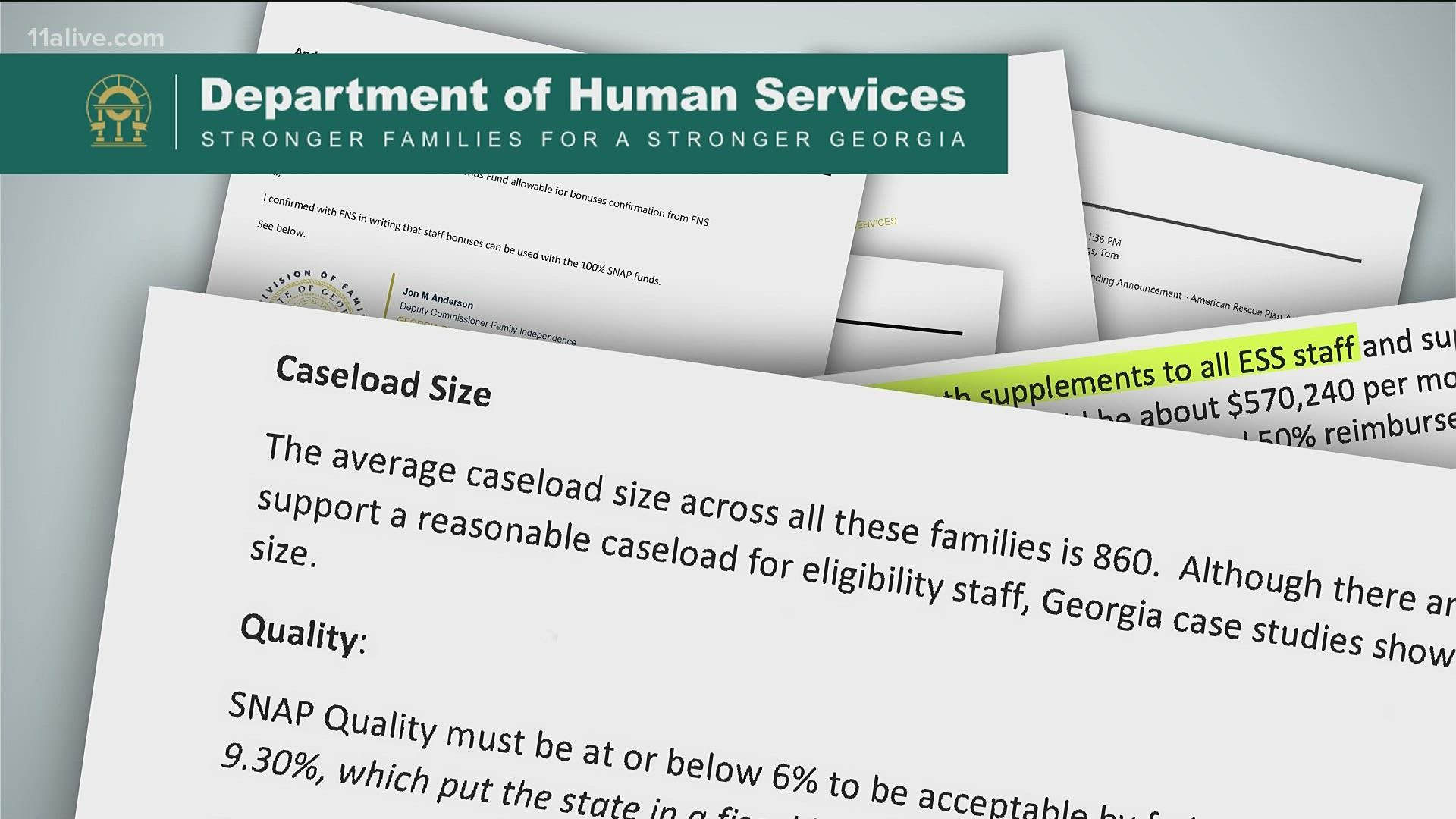 ATLANTA — The Department of Human Services received $11 million from the USDA through the American Rescue Plan to help families struggling to put food on the table. But, The Reveal has learned that money was never spent.

"At this point, I have bills behind because I have to buy food instead," said Alicia, who has asked us not to use her last name.

Alicia represents thousands of families who found themselves turning to the state's food assistance program this past year due to COVID. She has three kids and said she needed help after the virus severely cut back her hours as a nanny.

"I know that I qualify," she said.

But Alicia keeps getting denied because she said the letters telling her what to submit, and when, keep arriving after the deadline. There is also a phone call interview required to complete the process. According to Alicia, that call never comes, even though she has a scheduled date and time.

"Then I began to leave messages on the number where the call was supposed to come through. I left messages every day like clockwork; I never received a callback," she added.

When she tried to reach out to the worker's supervisor, Alicia explained she kept getting a voicemail box that was already full.

The USDA hoped the $11 million would go toward fixes to these kinds of administrative problems. Georgia specifically was told about the money in March and had six months to spend it. The Reveal reviewed emails from DHS to figure out why we never did.

It's clear DHS wanted to use at least part of the money to improve pay, as its workers were handling almost double the recommended caseload, and turnover was high. In a memorandum, DHS said the Office of Family Independence, which processes food stamp applications, lost 155 front-line employees between July and Sept. 2021 alone.

"We know that caseload is a primary concern for those employees and especially when we have some turnover, and for a short time people are having to assume some of the responsibility," said Allison Dunnigan, an Assistant Professor in UGA's School of Social Work.

Dunnigan studies what motivates people to go into social work and stay on the job.

"Recruitment, it's a passion and a desire. That's what gets people in the door. And then, pay and benefits are also a really important piece," Dunnigan explained.

In an early proposal on using the federal funds, the DHS put together a chart showing Georgia's base pay for the entry-level positions that do the work. It showed Georgia's rate was lower than any surrounding areas as of 2016, with many making about $13 an hour.

That's why DHS initially recommended bonuses or temporary pay supplements to raise the base pay to about $32,000 a year. According to that proposal, the goal was to "attract more skilled workers and encourage staff to stay." They hoped doing so "would improve timeliness and accuracy of operations."

But the Governor's Office of Planning and Budget, or OPB, said no. Throughout the email exchange, OPB asked for proof that increased pay will increase productivity and accuracy or at least a way to target the money based on merit.

DHS tried to figure out what data could show the value of a pay increase. In their discussion, one employee wrote, "If I carry two canteens of water on a long hike, it is likely I won't get dehydrated, but can't prove it until after the fact…"

It seemed OPB wanted DHS to look at more long-term fixes, like technology upgrades that could improve the process. But by the time DHS got serious about nailing down how to spend the money, months had passed, and time was almost up. Tech upgrades would legally require bidding processes that would take too long to complete to make the September spending deadline.

When we asked OPB why it was opposed to bonuses, a spokesperson for the Governor's office said, "The permissible uses… did not provide for supplements or bonuses for employees."

That's a concern because, essentially, the USDA money is a reimbursement. Georgia didn't want to be on the hook for spending funds in a way that wouldn't qualify.

But when The Reveal asked the USDA, it told us yes, bonuses were allowed under certain conditions. It gave an even more straightforward answer to DHS when it finally requested clarification. Unfortunately, the response came in October, after the deadline. If that was the hang-up, it's unclear why Georgia didn't ask sooner because South Carolina did get its bonuses approved.

The federal funding is being offered for two more years, each year worth about $22 million, double the first round of funding. The state has submitted a plan to use that money. It includes new temporary workers and long-term technology changes to help process applications better.

While the original proposal for the second year of funding did not include pay supplements either, DHS said that plan has now been modified.

DHS also said now that the USDA had provided clarity on the issue, OPB has given the green light to temporarily pay supplements. Full-time "economic support specialists" and supervisors in specific job codes will start getting an extra $240 per pay period in December. That increased pay will continue until Sept. 30, 2022.

To get the increase in pay, employees must have received a "successful performer" rating on their last performance review and be clear of any active disciplinary actions.

Alicia doesn't know if pay increases earlier would have helped her situation, but she knows firsthand why something needs to change.

"Not knowing how I'm going to feed my kids," she said, wiping away her tears, "it's just very frustrating."

Alicia says she did get her benefits approved after filing an appeal. 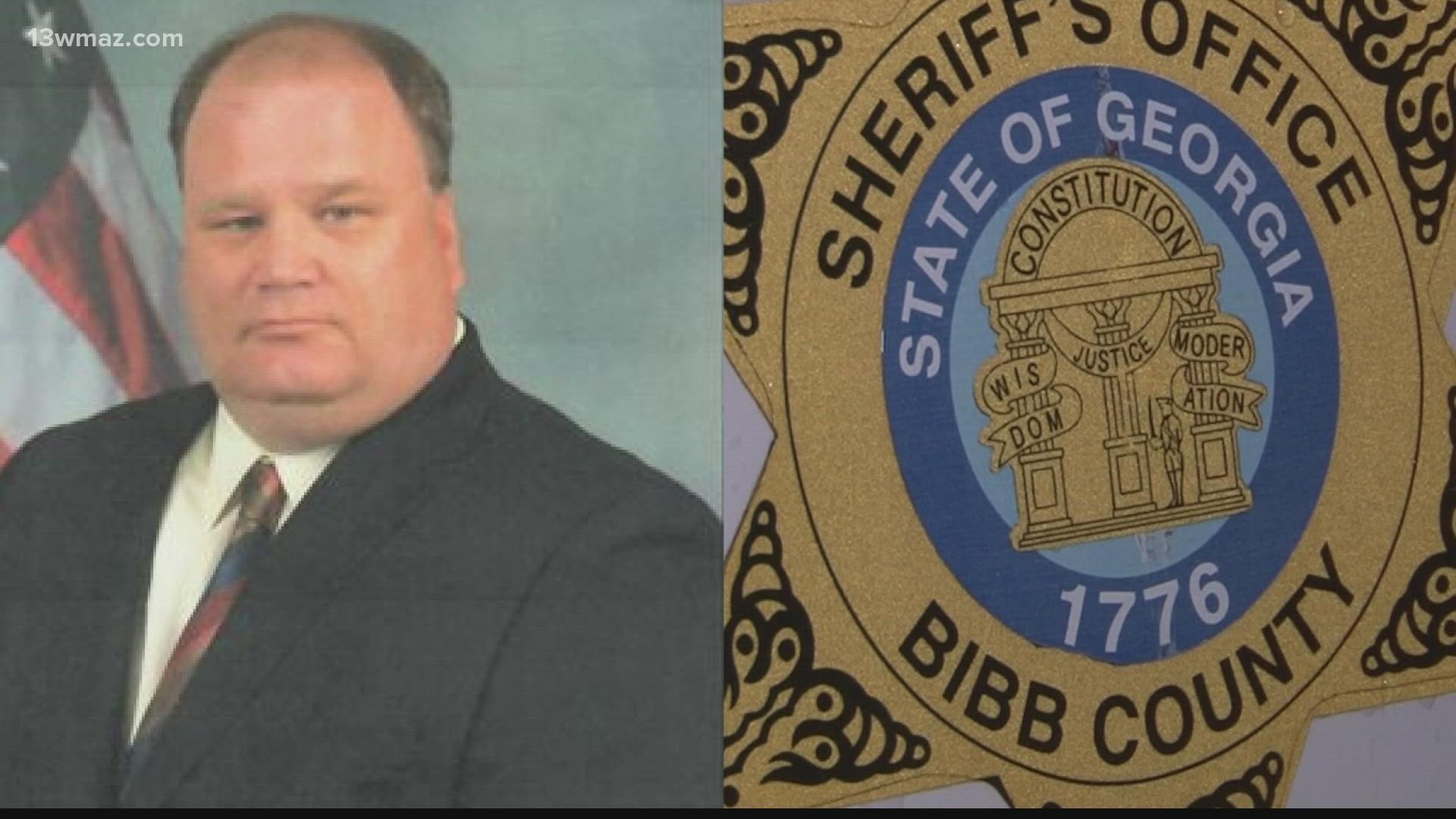