Despite the labels on the packaging, wastewater system workers say flushable wipes do not dissolve like toilet paper and actually cause huge problems. 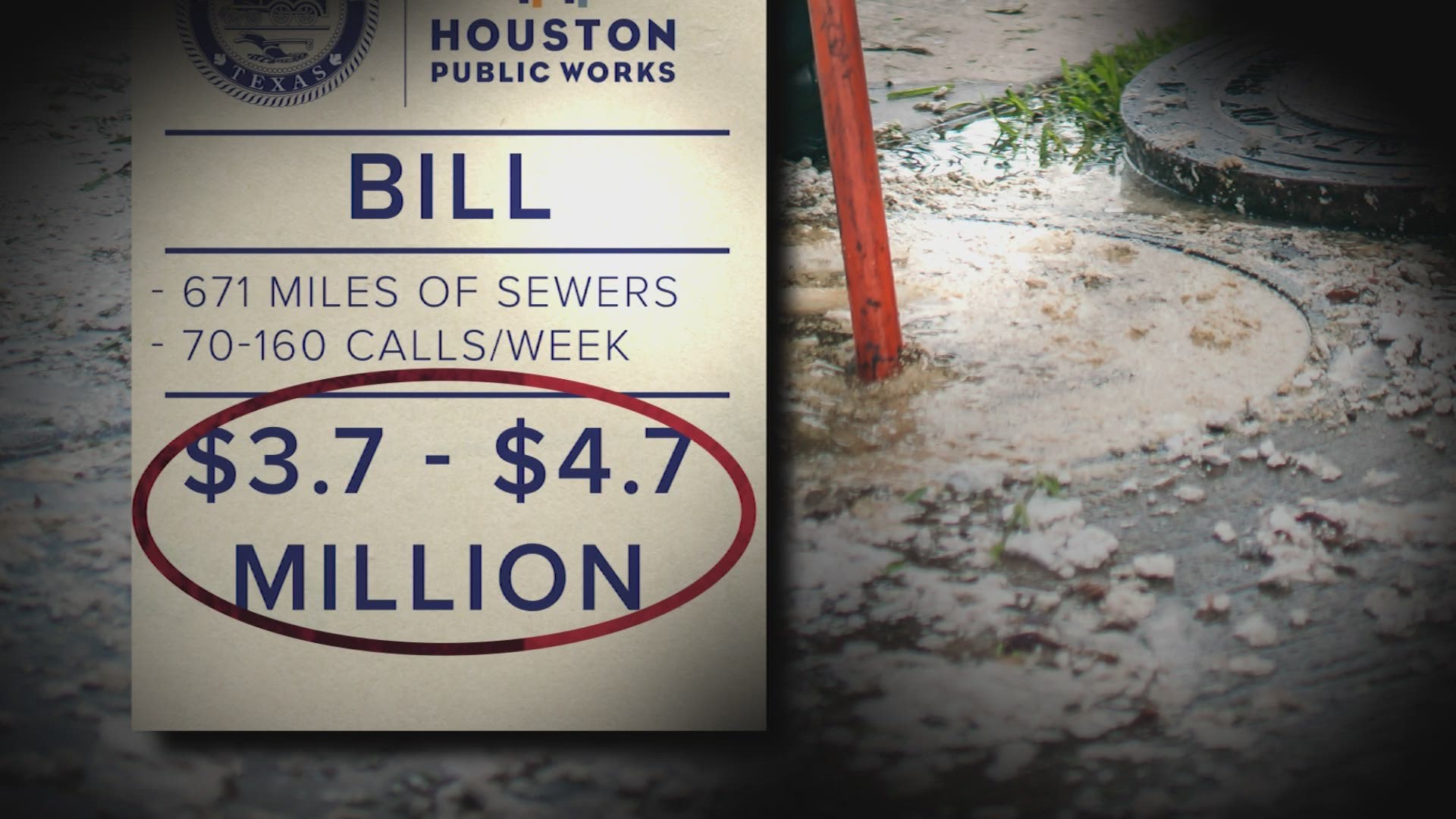 HOUSTON — A product that is made to keep you feeling clean is causing some nasty problems for city sewer systems. Despite the labels on the packaging, wastewater system workers say flushable wipes do not dissolve like toilet paper. They are clogging toilets, backing up sewer lines and costing taxpayers hundreds of thousands of dollars a year.

RELATED: Sewer officials warn against flushing disinfecting wipes down the toilet – even if the package says ‘flushable’

When you flush a wipe, it travels from your home through the city’s sewer system until it gets to a pump station and eventually ends up at a wastewater treatment plant.

City workers in Sugar Land say the product does not dissolve along the way.

“They stay solid inside of your system. And when they come in, the combination with grease, like you see here, well, it just makes a mess,” Ryon Bell said.

Those messes, facility operations manager Danica Mueller says, are referred to as rags.

“All of that stuff, it's like a magnet, it comes together, and it causes stoppages in the lines,” Mueller said. “It might make it down your toilet when you flush it, but ultimately, somebody has to remove it. It has to be removed somewhere, and there's a very good chance that it's going to cause a stoppage on its way to the wastewater treatment plant or that it's going to get stuck in a piece of equipment.”

When the system overloads, raw sewage can back up. The problem is getting worse. In 2019, Sugar Land reports it got 250 calls for stoppages. Last year they got around 850. That is more than triple the calls in one year.

Sugar Land has four wastewater treatment plants. The city says it hauls an estimated eight tons of debris from its facilities to a landfill each week.

It is an even bigger problem in Houston, a city that services more than 2.3 million people.

Sarah Robinson with Houston Public Works says the city spends between $3.7 and $4.7 million each year unclogging the sewer lines.

Houston Public Works says to refrain from putting the following down the drain:

It's also a problem across the country. Charleston recently sued Kimberly-Clark, the maker of Cottonelle, and other companies over a massive blockage across the city sewer lines in 2018. Last month, the company reached a settlement but did not admit wrongdoing, saying their flushable wipes are not part of the problem.

“That’s not true. We see it every day. We pull it out of the pumps every day, and that's what it is. It's wipes,” Mueller said.

Public works representatives say there are some things people can do to help protect the pipes and their wallets.

“I can make it very simple for you. We tell people to only flush the three Ps. That’s pee, poo and toilet paper. Anything else should not be flushed down the toilet and instead should be disposed of in a trash can,” Robinson said.

If you do flush other objects and it causes a back-up in the City of Houston it could cost you anywhere from $50 to $2,500 in fines.