Apps disguised as games are stealing your information

Anything you could need or want to do on your cell is probably already an app. But before you download the next flashy, free, or fun thing -- beware. 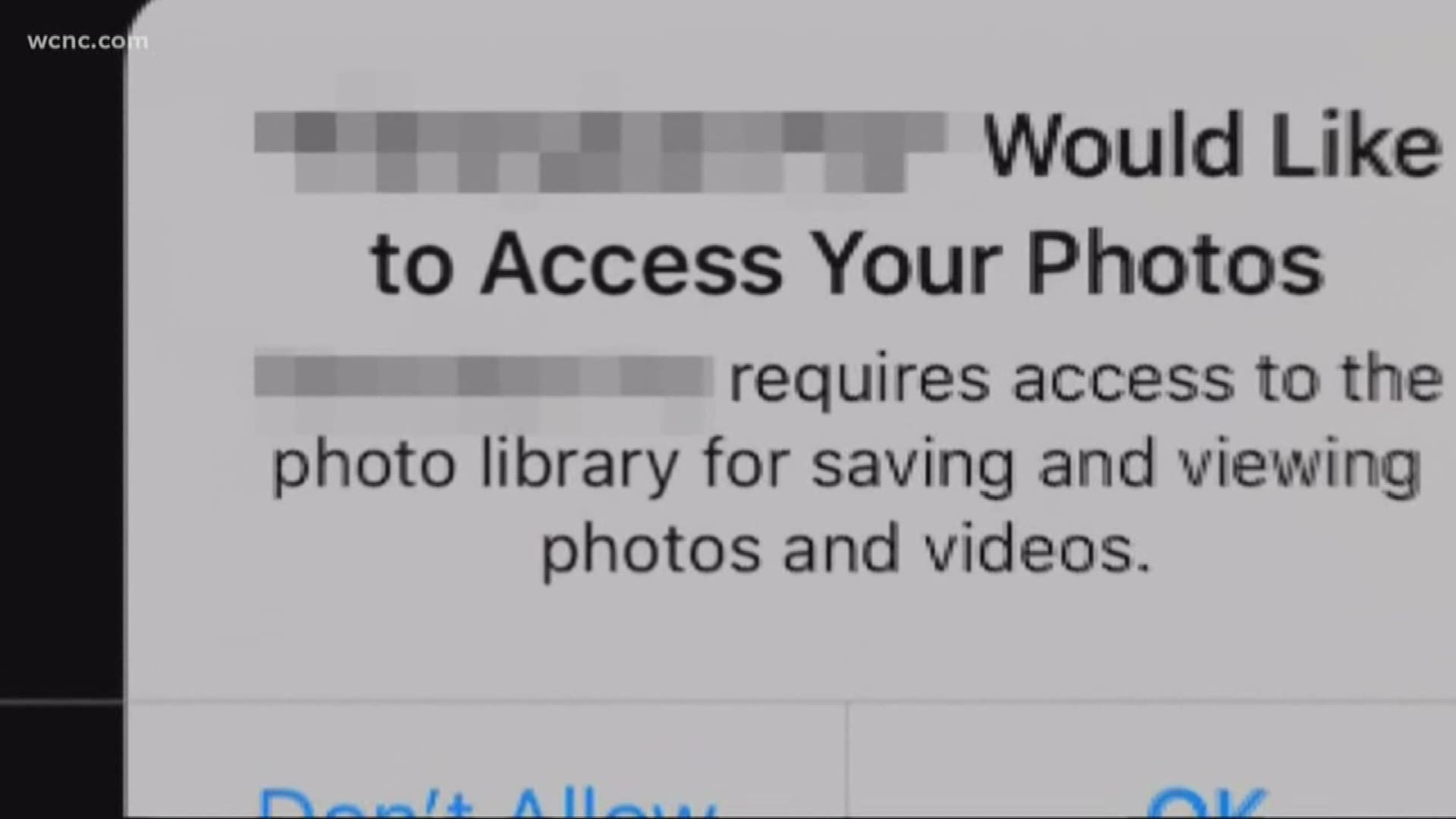 CHARLOTTE, N.C. — The Charlotte FBI is warning about apps that look like games but are really designed to steal your information.

A lot of these bad apps look legit – they have real, working games and have real working functions. But in the background, they’re stealing everything you have on your phone, from your banking info and internet activity to your text messages and photos.

Anything you could need or want to do on your cell is probably already an app.

But before you download the next flashy, free, or fun thing -- beware.

“The hackers have gotten very good at imitating the real thing and it’s really easy for folks to fall victim to this,” said cybersecurity expert Tom Blanchard.

He said the bad apps often look and function exactly like legitimate ones.

“It’s very common when there’s a hip new app out there for programmers abroad to come out with the exact same app and try to trick people into downloading that app,” Blanchard explained.

The only difference is the bad apps will have a pop-up or user agreement that allows access to things like your texts, internet history, photos, and more.

“Users are so trusting these days they just click OK yes and then all of a sudden they go on playing the game and in the background that app can then access their contacts their text messages their web browser which then can send all that information back to the hackers,” Blanchard said.

That can be more than enough for a hacker to steal everything from your banking information to your personal pics.

"In this age you need to slow down,” Charlotte FBI spokesperson Shelley Lynch said.

Lynch says the FBI has seen these bad apps posing not only as games, but also as things like calculators, flashlights, and levelers.

“They’re absolutely legitimate apps that do all those things for us but that’s why the bad guys take advantage of them,” she said. “They go OK well here’s an opportunity for me to copy that for me to mimic that.”

The best way to protect yourself? Don’t just agree to an app's terms without reading them.

An app’s reviews could also be an indicator of its legitimacy.

“The genuine apps have thousands and thousands of reviews,” Blanchard said.

Lastly, check into the apps you already have on your phone.

“Go in the settings of your phone and see what permissions that app has,” Lynch suggested. “Look at how much data each app is pulling from your phone. And if you have a flashlight or a game or leveler that is pulling more data from your phone than social media, that’s a red flag.”