A small piece of a metal cleaning brush ended up in his food and proceeded to tear up his internal organs, Jason Vickey posted to Facebook. 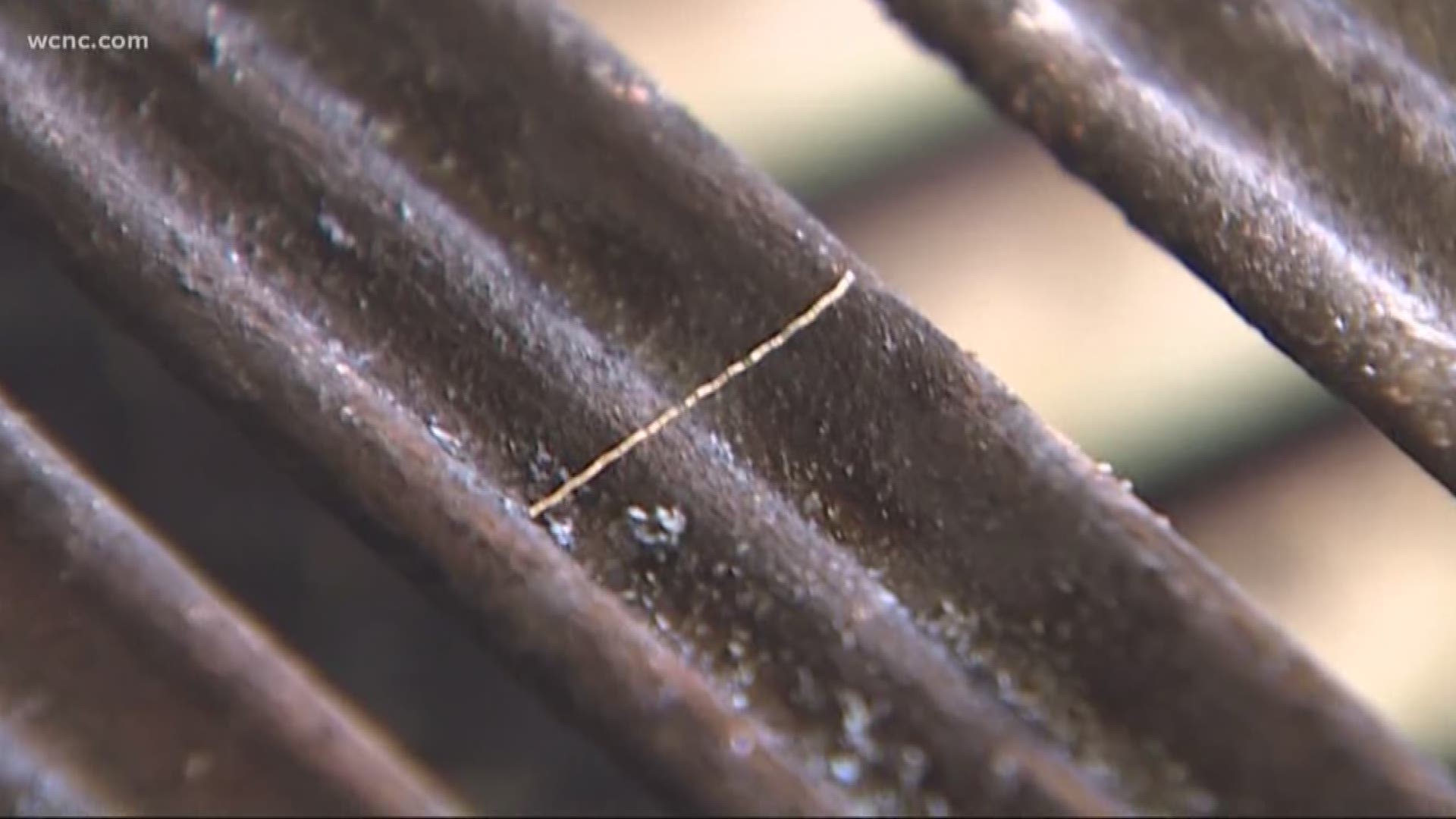 GREER, S.C. — A South Carolina man was rushed to the hospital after accidentally consuming a little piece of wire from a metal grill brush. The tiny piece of metal punctured his organs, requiring major surgery.

Tiny bits of wire from those metal brushes can linger on the grill, transfer to your food, and wreak havoc on your body.

A jarring photo shared on Facebook from a South Carolina man has already been shared thousands of times with a simple warning, “anyone that has a metal brush to clean your grill, get rid of it.”

The Greer, South Carolina native says a small piece of his metal brush ended up in his food and proceeded to tear up his internal organs.

She sent NBC Charlotte a photo, saying she also had to have surgery as the bristle moved through her organs.

It’s an unexpected nightmare Allison Coppell, also knows far too well. Earlier this summer, she used a metal brush before grilling some chicken for her son Zach, who ended up swallowing a piece of bristle.

“Whenever I swallowed it really hurt," Zach said. "I thought maybe it was a chicken bone, but it got in my throat and it just stuck there.”

You can see on Zach’s x-ray where it punctured the back of his throat.

“Thin as dental floss, sharp as a tack on both ends," Coppell said.

It could have been much worse had it moved down his esophagus. It's a lesson so many are learning the hard way, and a mistake they hope others don't repeat, as grilling season is far from over.

Experts say instead of a metal brush, use a nylon brush or aluminum foil. If you insist on using a metal brush, take a very close look at your grill before throwing food on.