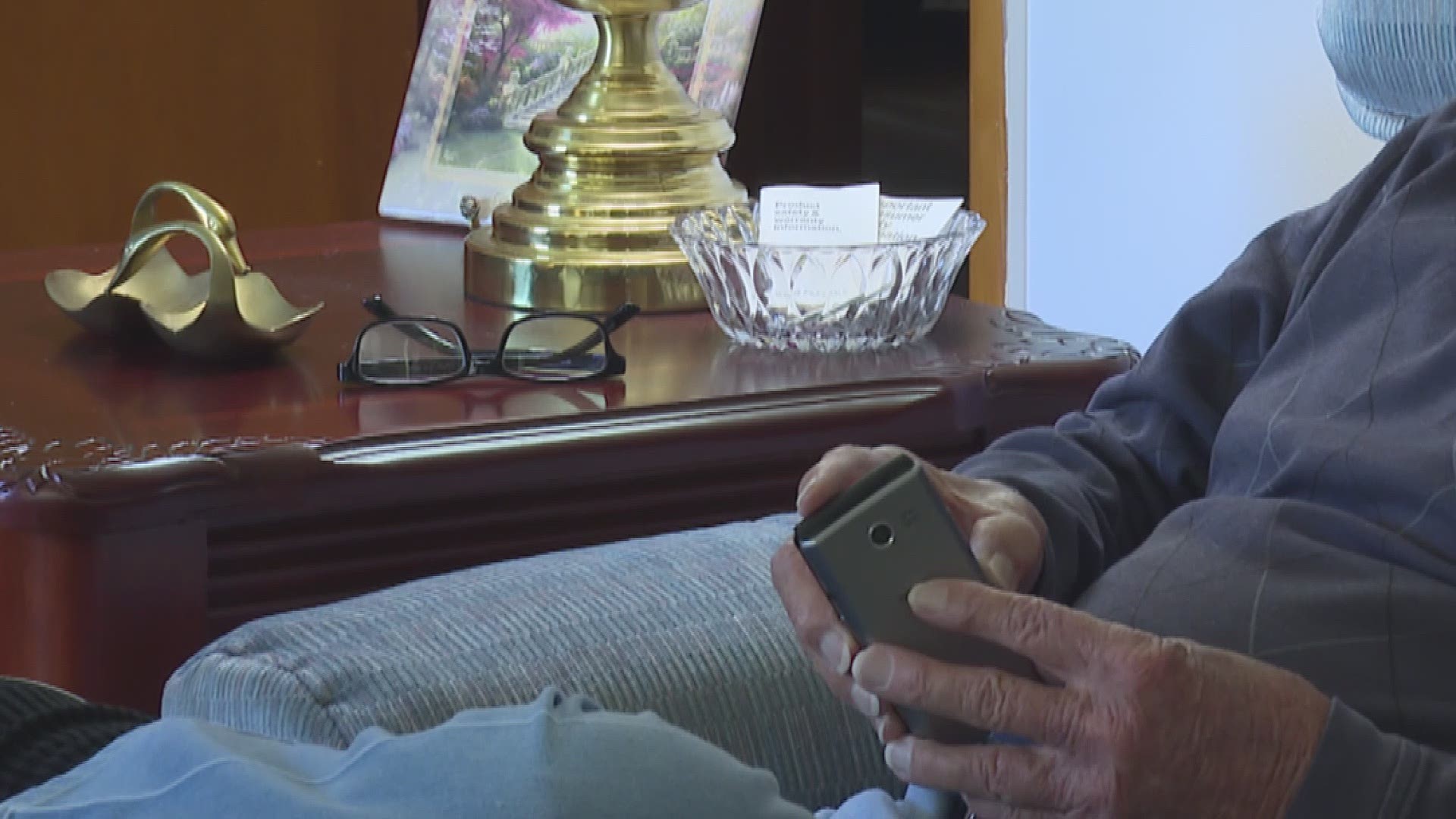 MACON, Ga. — According to the Robocall Index, 40 percent of all the robocalls people in Macon received in December 2020 were scams.

Some people can see through the robocallers' tricks, but with new technology and changing schemes, others get caught up in the deceptive and convincing traps.

"Yep, that's him again," says Frank Childress as he checked his phone and noticed it was another robocall.

Childress says now he's a little more cautious now when he answers the phone. Roughly eight years ago, he was scammed out of thousands of dollars.

"They called me and said I won a bunch of money," Childress said. "They were going to deliver two cars and $5 million."

Childress says he thought he hit the jackpot.

"They're real convincing," Childress said, but that caller told him he had to check off a couple boxes before he could get his prize.

He says he would go to Kroger and buy gift cards.

"I was told to put them in a book and fold the book up with newspaper and mail them to Florida," Childress said.

Childress says he doesn't know how many times he ended up sending money to the caller.

Then, the caller said the two cars on the way to his Houston County home were stuck in Hawkinsville because of a roadblock.

Childress says that's when he realized he would never get his prize.

Childress says he eventually reported this scam to Warner Robins police once realizing what had happened, but still today, the question of who that scammer was is still unanswered.

Put in the number from a caller and see what information has been reported to YouMail.