14-year-old has same STD as convicted sex offender she says raped her. Police haven't arrested him.

Police interviewed the suspect, a convicted sex offender, and then closed the case. It's reopened after we started asking questions. 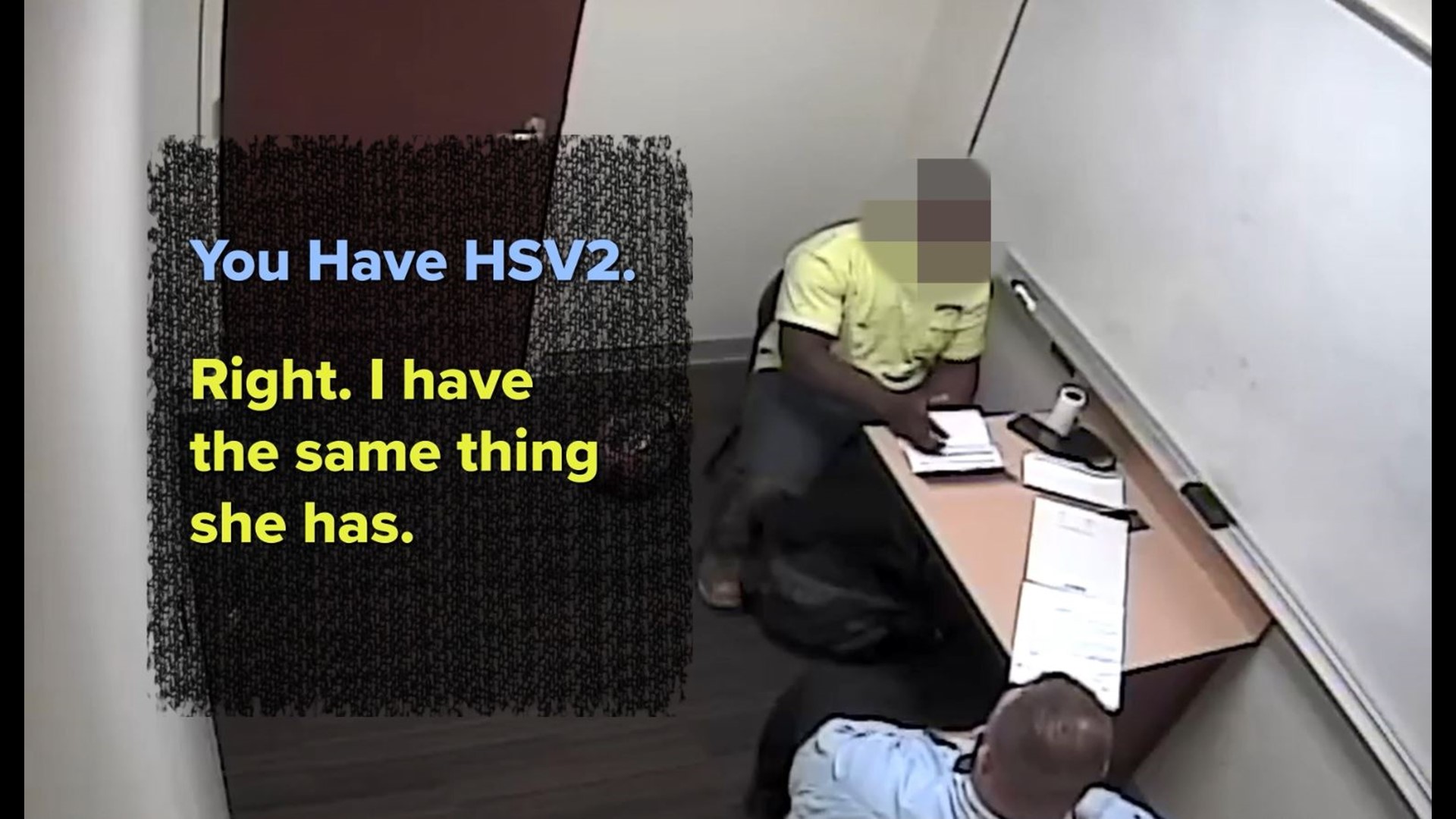 DOUGLAS COUNTY, Ga. — A man accused of raping a 14-year-old girl and giving her herpes was never arrested for the alleged crime. Now, after an 11Alive Reveal investigation, the Douglas County District Attorney has reopened the case and is reconsidering charges.

“She didn’t ask for any of this,” the mother of the teen said.

11Alive is not identifying the teenager for her protection.

Both live in Michigan but the mother said she didn’t think twice about sending her 14-year-old daughter to Douglas County to stay with friends last year. She said she trusted them. But during the trip, the mother says her daughter didn’t seem like herself.

“I thought she was homesick, and she started to say she didn’t feel good and just really wanted to be home,” the mother explained.

When the teen got home it became clear just how sick she really was.

A visit to the doctor revealed the teen had a urinary tract infection, but that wasn’t all. To the mother’s horror, her teenage daughter was diagnosed with herpes, HSV-2. It’s a type that is almost exclusively sexually transmitted, but the mother says her daughter wasn’t sexually active. That’s when the teen opened up about what allegedly happened to her on that trip to Douglas County.

"She just talked about how she was so scared that she would freeze and try and be anyplace but where she was,” the mother said.

The Reveal obtained the forensic report by a child victim’s advocate on behalf of the police. In it, the 14-year-old says a man, who was also staying with the family, would come into her room and rape her. She said it happened three times during the visit.

We also obtained a video of a Douglas County Sheriff’s detective questioning the alleged rapist, who was in his late 20's at the time.

RELATED: Activist: 'I guess if you’re a rapist, come on to Georgia because we’re not prosecuting folks here'

“I’m telling you I did not rape her,” the man said.

“Was it consensual?” the detective asked.

“I’m telling you I did not have sex with this child,” the man maintained.

We are not naming the man because he has not been charged with a crime. He repeatedly denies any sexual contact with the girl but, in the interview, the detective makes a startling revelation.

“You have HSV-2,” the detective said.

Not only does the man have the same type of herpes as the teen, but it’s also revealed during the questioning that the man is a convicted sex offender; something the detective said prohibits the man from being around teenage girls.

“You have a history with young girls that are the same age as this girl. You’re in contact with this girl when you shouldn’t be. You shouldn’t even be in her house,” the detective is seen explaining.

After more than an hour of questioning, the man was free to go. He was never arrested.

The Reveal uncovered a police document that said, “There is arguable probable cause in this case, but it would never survive a successful prosecution.”

Thus, the case was closed.

“I was stunned. Like, actually stunned,” the mother said. “I never, ever thought they would not bother to arrest him. That they would just let him go.”

She wasn’t the only one who was stunned.

“I was shocked,” said Morgan Lyndall, one of the attorneys the mother hired to fight the case in civil court. “To hear that a sexually transmitted disease was given from the perpetrator to the victim and yet no arrests were made and the case was closed.”

RELATED: Activist: 'I guess if you’re a rapist, come on to Georgia because we’re not prosecuting folks here'

“It’s two offenses in pretty close proximity and they’re still letting him walk around? I have a real problem with that. And I think Georgia citizens should too,” Jeb Buttler, the mother’s other attorney on the case, said.

As The Reveal continued investigating this case, we reached out to the district attorney, Dalia Racine. Racine was not the DA at the time the alleged rape was reported, so her office said she needed to review the case. A few weeks later Racine’s office sent us an email saying as a result of our investigation, she was reopening the case.

“They called out of the blue and I believe prompted by your investigation the case was brought to her attention,” the mother said. “I just started crying immediately because that one part of me that was like, finally, you know, finally they’re gonna do something but then at the same time it’s another catch where you’re like, but is it real?”

Her hope is that call wasn’t the final move toward justice. She wants to see the man in handcuffs, and she wants a trial, but what she wants most of all can never happen; to rewind the clock and make all of this go away.

“She will have a disease now for the rest of her life that will be a constant reminder of the most horrific moments of her life,” the mother said through tears.

The sheriff’s office and district attorney declined to speak with The Reveal because the case is, once again, an open investigation.

Cop: Nation's busiest airport only has 'one damn ambulance'

'I was surprised': Atlanta Police trying out program again after it said it wasn't worth $280K price tag

Activist: 'I guess if you’re a rapist, come on to Georgia because we’re not prosecuting folks here' 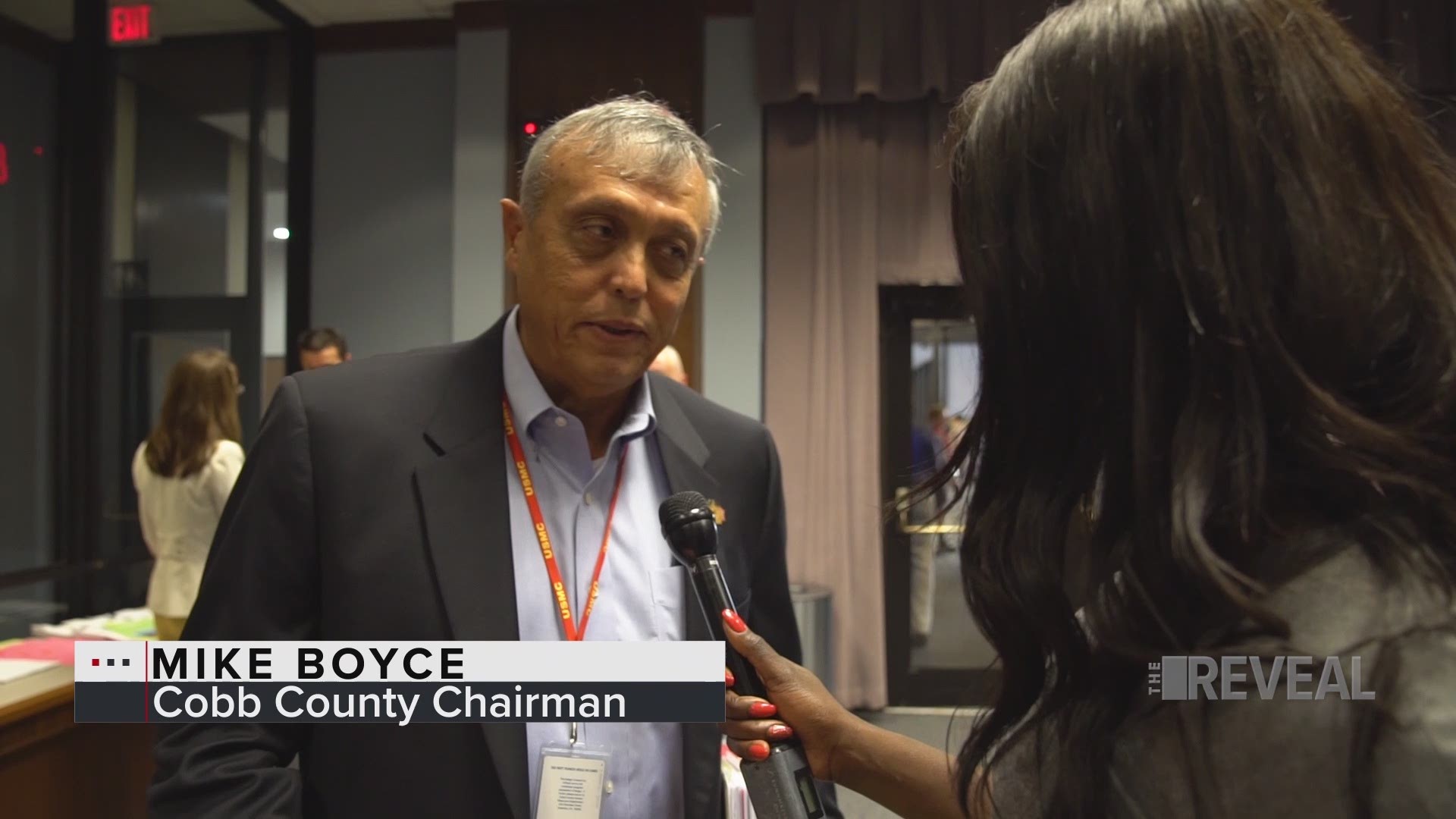