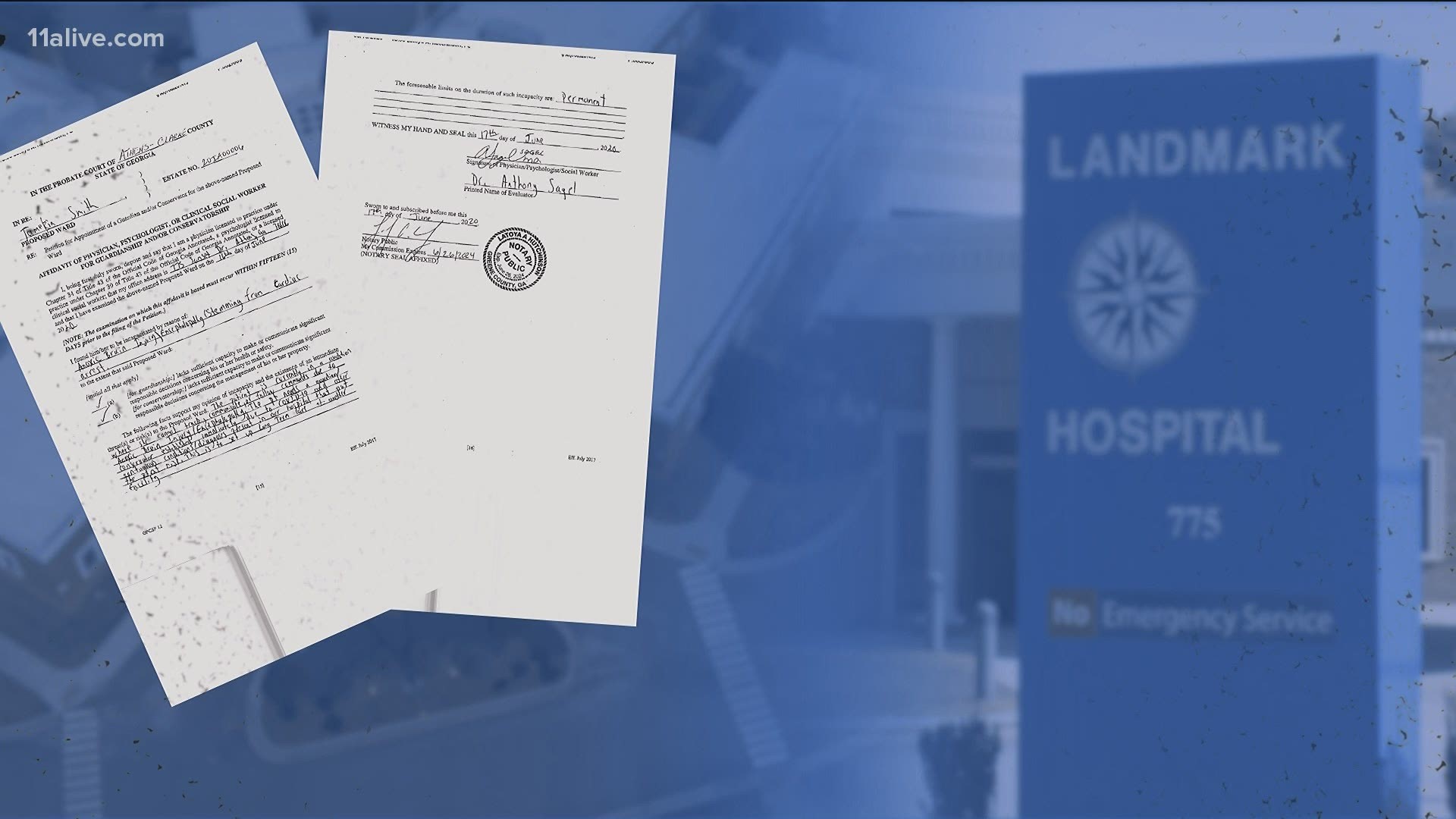 ATHENS, Ga. — Thursday morning, a Georgia judge ruled in favor of a hospital accused of manipulating its COVID-19 case numbers.

In June, four nurses employed by Landmark Hospital of Athens took the facility to court, claiming the supervisors were changing positive results to negative. At the time, the court filings sought a temporary restraining order and pleaded for a judge to step in.

Nearly a month later, Gwinnett County Superior Court Judge Debra Turner granted the hospital’s motion to dismiss the lawsuit during a proceeding that was held virtually due to the pandemic.

“We were very satisfied with the judge’s decision. We think she made the right decision,” said Victor Moldovan, the attorney who represented Landmark in the hearing.

“We are thrilled — and not surprised — that the Judge threw out this groundless lawsuit,” said Marie Saylor, Landmark’s CEO, in a press release.

Despite the ruling, the nurses and their attorneys, stand by their claim that the hospital created a scheme to hide its COVID-19 infections by re-testing positive patients until it got a negative result.

The hospital allegedly did it by swabbing the back of patients’ throats or trachea, but testing it as a nasal swab, which can alter the results.

After the lawsuit was filed in June, the Georgia Department of Public Health (DPH) inspected the facility and found no deficiencies.

The hospital has provided 11Alive, and at least one patient’s family, with conflicting reports on its COVID-19 numbers

On June 18, a Landmark spokesperson emailed 11Alive to say the hospital had no cases of the virus.

“To the best of our knowledge we do not have any patient who is active positive for the COVID-19 virus at Landmark Athens at this time,” a spokesperson said.

Court records show that wasn’t the case just the day before. According to an affidavit, Landmark’s chief medical officer Dr. Anthony Segal expressed concern about a patient’s well being due to COVID-19 cases in the hospital on June 17.

The affidavit was prepared for Tracnesa Randolph, who was gaining conservatorship of her late mother, Tamekia Smith, undergoing treatment at the hospital.

“The [patient] needs a guardian conservator established immediately due to COVID-19 and other contagious conditions/diagnosis present in our hospital that put the [patient] at risk,” wrote Segal.

To Randolph, the message was clear.

“He stated that there was COVID in the building and that my mom needs to be moved immediately due to the conditions she was in,” Randolph said.

Landmark says that wasn’t the case.

“It is my understand is that there’s no discrepancy, that whenever the statement was made, that there was no COVID,” Moldovan said.

Natalie Woodward is one of the attorneys representing the nurses. She believes DPH did not review all of the evidence she and her firm uncovered before completing its inspection. The Atlanta attorney obtained audio of conversations the nurses secretly recorded with their supervisors, which they believe support their claims.

While Judge Turner provided no explanation for dismissing the case, Woodward believes it was likely based on procedural grounds and not on evidence. During the hearing, the judge declined to hear witness testimony from any of the nurses or the audio recordings offered up by Woodward.

“I think the judge is wrong. I think as medical practitioners, these nurses have a duty to these patients. They have a duty to the community, but ultimately the court of appeals will decide if that’s accurate or not,” Woodward said.

According to an amended lawsuit filed this week, Landmark’s director of quality management, Kim Wilkinson, allegedly confessed that she knew that nasal swabs were required for COVID-19 testing by the FDA and testing laboratory. She claimed that Landmark was submitting tracheal specimens as nasal swabs to the testing laboratory because Landmark, as a facility, “knew” trachea swabs gave “true” results.

Science behind the swabs

An audio recording provided to 11Alive, and sent to Landmark, supports that Wilkinson believed samples taken from the trachea were superior than nasal swabs, which is widely used and recommended by the Centers for Disease Control and Prevention.

“So, there’s this thing called viral shedding and they can virally shed in their nose for up to 12 weeks," Wilkinson said in the recording. "Per Dr. Jenkins and per Dr. Visitation, once it gets down to the lungs, the viral shedding has stopped and that is where you get your true test result. So, that’s why we came back and said, let’s see what the tracheal shows."

Woodward hired Dr. James Dunn, a microbiologist and associate professor at Baylor College of Medicine, to review the impact of using trachea samples, but testing specimens as nasal swabs. Dunn said the practice can skew results.

“Using a nasopharyngeal swab to submit a tracheal aspirate specimen decreases the likelihood that the virus will be detected, which in turn increases the chances of a false negative. This increased chance of a false negative is a result of the decreased volume, quality and quantity of the specimen submitted for testing,” wrote Dr. Dunn.