Five years after an EPA warning, PFAS remains unregulated. The man-made chemical has been found to cause liver damage, low birth weight, and cancer. 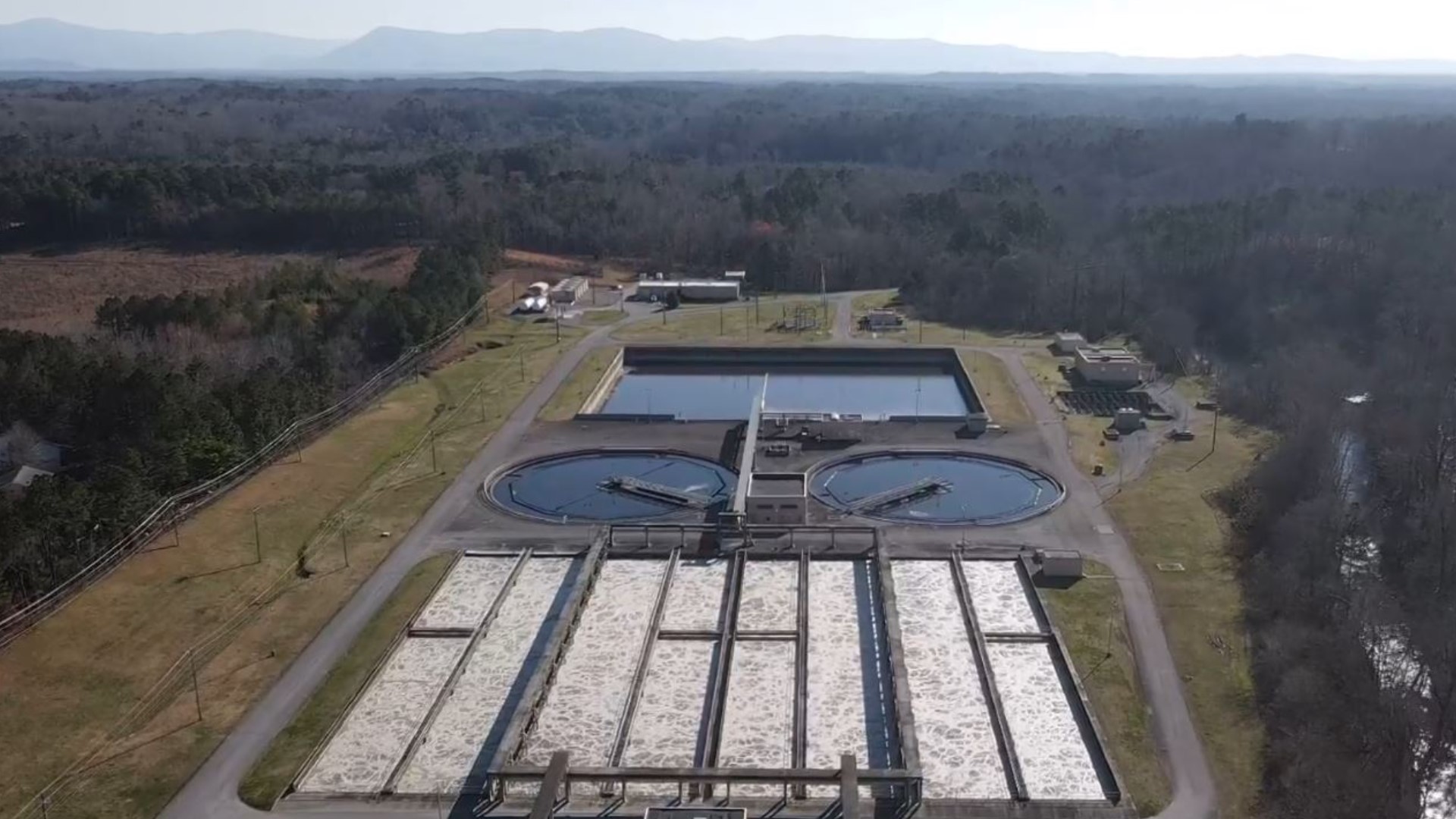 ROME, Ga. — Scientists are currently testing more than 100 water treatment plants in north Georgia for a group of chemicals linked to cancer and other serious illnesses.

The chemical compound is man-made and has been manufactured for decades to make products resistant to heat, water, and oil. It works so well, scientists nicknamed it the "forever chemical" because it doesn’t easily, if ever, break down.

It's widely used in everything from nonstick cookware, to food packaging and for years, as an important ingredient for one of Georgia’s most important manufacturing cities – Dalton.

Since the 1990s, the Dalton area has produced about 90 percent of the world’s carpet, often including PFAS in its production to make fibers more stain-resistant. The city’s official welcome sign proudly includes “Carpet Capital Of The World” on it.

Chemical waste from the plants are treated at Dalton Utilities, a water treatment facility run by the city and eventually deposited into the Conasauga River, about an hour and a half north of Atlanta.

► See map of Ga. plants being tested for PFAS at bottom of story

Soon after, the Georgia Environmental Protection Division discovered elevated levels of the chemical group at one of Dalton’s water treatment plants and in multiple rivers downstream, including Conasauga, one of the most biodiverse river systems in North America.

“The Conasauga River is incredibly special, the whole basin is, but the Conasauga River, in particular, has more individual aquatic species than all of the rivers in Europe combined,” said Jesse Chapman, the executive director of the Coosa River Basin Initiative, an environmental advocacy group.

For years, Chapman has been concerned with the impact the chemicals could pose to the river’s fragile ecosystem and those who rely on it for drinking water.

"Maybe more troubling is what we don’t know about these chemicals specifically, what the long-term impact of them on the wildlife and the rivers,” Chapman said.

The Conasauga flows south and supplies water to numerous waterways, including the Oostanaula River, which runs through the city of Rome.

Rome once pumped eight to 10 million gallons a day from the Oostanaula and relied on it as its main water source. Today, it doesn’t use the river at all after the state identified potentially unsafe levels of PFAS in the river in 2016.

11Alive's investigative team, The Reveal, found that after the change, state tests identified nearly 20 locations along multiple rivers above the EPA’s threshold in north Georgia.

“It’s a huge deal for us,” said Michael Hackett, the director of Rome’s Water and Sewer Division. “That did create a bit of an issue for us and we had to do something different with it.”

The city now uses a backup intake facility along a different river. It’s reserved for emergencies, but Rome has relied on it for more than five years.

RELATED: 'My daughters’ lives will never be the same': Family blames Sterigenics plant for children's illnesses

The city said it’s been forced to use a different, more expensive, process to treat its drinking water, costing about half a million dollars more a year.

“Our customers are paying for it, no fault of their own, but that’s where we’re at right now until we get this resolved,” Hackett said.

In 2019, Rome filed a lawsuit in state court against more than a dozen carpet manufactures, including 3M, the company that used to make and supply PFAS.

All of the companies have denied wrongdoing.

"THE DEVIL THEY KNEW"

That same year, the House Committee on Oversight and Reform convened a hearing on PFAS titled, “The Devil they Knew.”

"What we can say is we've been studying our own workforce for more than 40 years. These are people who had occupational exposure at much higher levels than the general population. We do not see looking at the scientific evidence of our own workforce, adverse human health effects,” Rutherford said.

Since the EPA’s health advisory five years ago, PFAS remains unregulated.
This means the government cannot force water utilities to treat PFAS or limit manufacturers from using it.

“Allowing these chemicals to just continue to flow into our environment is just letting downstream families, communities, our rivers, the fish to be the test subjects and a decade we’ll say okay, this was a really bad idea," Chapman said.

Earlier this year, the state started a monitoring program to test drinking water for PFAS at 109 water treatment plants in north Georgia.

EPD created a map identifying the locations of its PFAS testing sites. It’s under “Current and Future Monitoring” tab. The blue dots show the current and future locations where the testing will take place. Testing could be complete by the summer.

'I was disgusted': Ga. mother shocked when insurance suggested she abandon her son to get him medical care

Despite record overtime hours, 85% of callers still can't get through to Ga. Department of Labor