She was headed to work when tragedy struck

It's been called a "freak accident" that took Julieanna's life. But was it preventable? 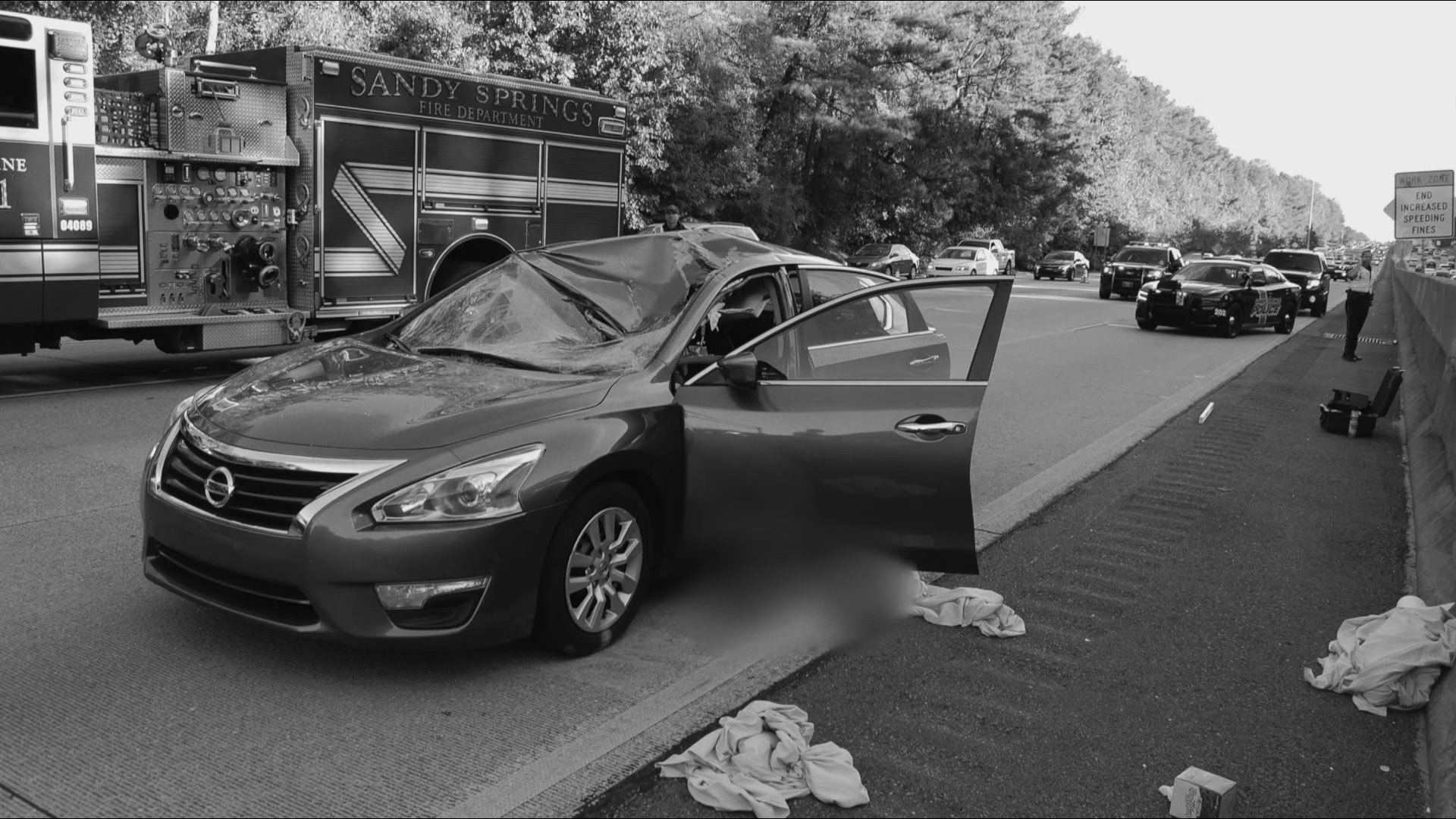 It was an October day in 2017. The 49-year-old mother of two was on her way to work in the left lane of Georgia 400 southbound when a loose wheel flew off a northbound pick-up truck pulling a trailer.

The wheel and tire bounced over the median, slamming into the roof and windshield of Shedrawy’s Nissan.

The first 911 caller described her frantic attempts to save Shedrawy’s life.

“The car in front of me, a tire flew up and hit her windshield, and she is unconscious. I am an RN. I am trying to get in her car,” the caller told the 911 dispatcher.

Despite the nurse’s heroic efforts at CPR, Shedrawy was pronounced dead behind the wheel of her car.

“Julieanna, that morning, was on her way to work,” her friend Oswald Morgan told us. “She was really doing what we all do, something very routine. And the next moment she was gone,” he said.

Jules, as close friends and family called her, was originally from Connecticut, but had been living in Alpharetta with her husband and two children for more than a decade. Her two daughters were 16 and 11 years old when the tragedy occurred.

"She was a genuinely loving person with a beautiful heart," her mother, Jackie Smith, told 11Alive in 2017.

It may seem like a freak accident that killed Julieanna, but data from the National Transportation Safety Board (NTSB) shows loose wheels cause an average of about three crashes on American highways each day. But a 65-cent device could help make roads safer.

As part of The Reveal investigation into why local and national agencies and businesses aren't using something so small and inexpensive, we looked at our neighbors to the north.

Most Canadian trucks and buses have the small device on their tires. The difference between the United States and Canada is the fines imposed on drivers and companies that lose tires.

The torque indicators are not required in either country, but the potential of a $50,000 fine has served as an incentive for Canadian truckers as opposed to America's $150 fine.

Monday night at 11 on Up Late, The Reveal Investigator Brendan Keefe shows you the dangers on our highways – and the simple solution that’s been around for decades but still mainly absent on our interstates.

Funeral set for woman killed by tire on GA 400