'The investigators believe the fire was intentionally set on the exterior of the building,' Atlanta Fire said Friday. 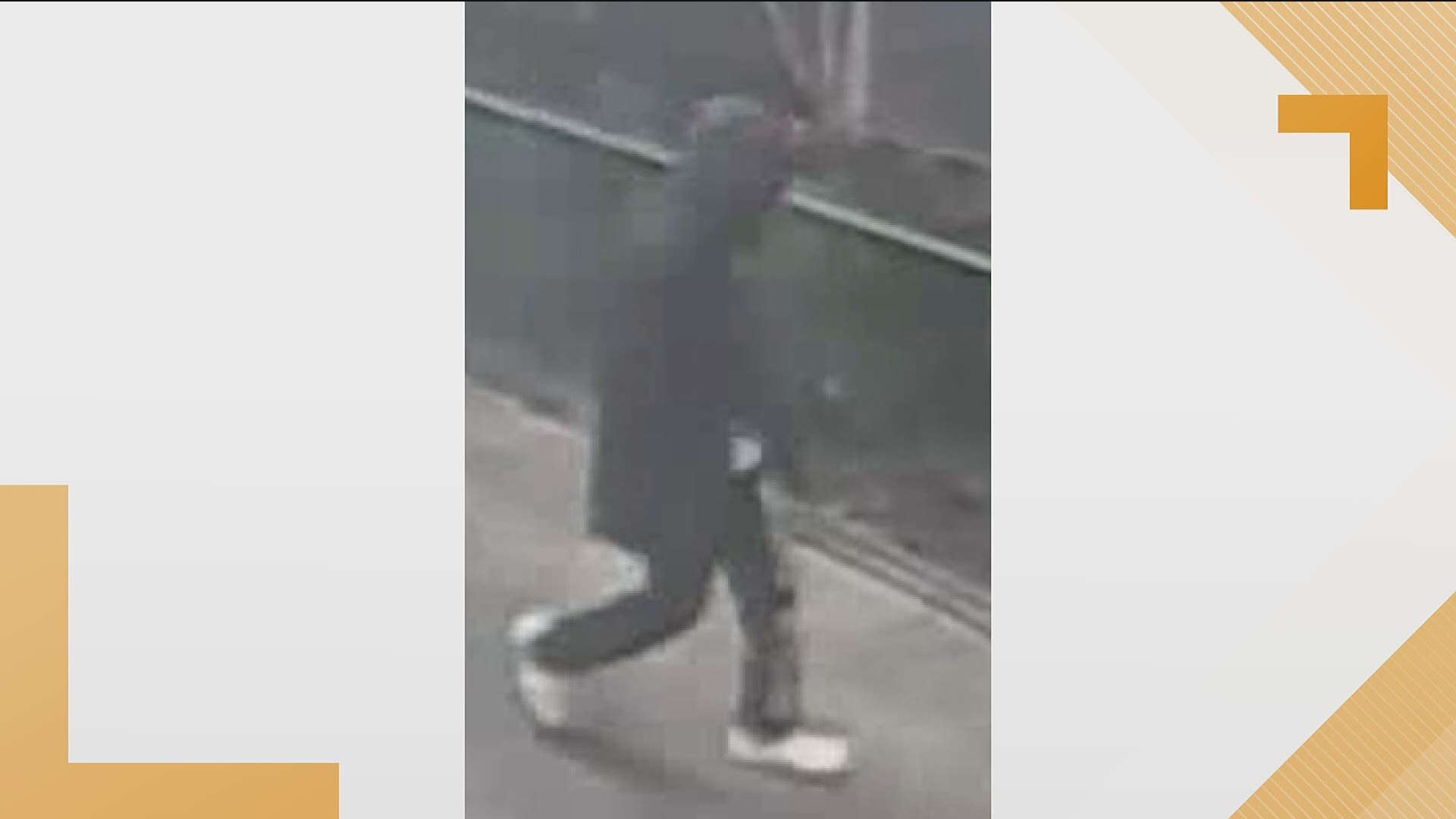 ATLANTA — The fire that left behind significant damage to an iconic Atlanta structure earlier in the month has been determined to be a result of arson, according to the Atlanta Fire Rescue Department.

Just after 1 a.m. on Feb. 10, flames broke out at the Krispy Kreme Doughnuts on Ponce de Leon Ave. Videos and pictures showed the back part of the building engulfed.

"The investigators believe the fire was intentionally set on the exterior of the building," Atlanta Fire said Friday. "The fire spread quickly to the interior of the structure causing catastrophic damage."

Investigators released photos of the person they are looking for in connection with the crime. Pictures are a bit grainy, but authorities hope anyone who knows anything about the fire comes forward.

This historic location opened more than 60 years ago, opening the same year as Atlanta Fulton County Stadium in 1965. It was one of the first Krispy Kreme locations established outside the young company's main bases of operation in Winston-Salem, N.C. and Nashville.

Basketball legend and media personality Shaquille O'Neal bought the store in 2016. Shaq told 11Alive on the morning of the fire, "I hope no one was hurt and we will bounce back better than ever."

Authorities confirmed two employees were inside the building when the fire broke out and escaped.

Iconic Atlanta Krispy Kreme on Ponce goes up in flames

The store has long been a fixture in the fabric of Atlanta life - when thousands of mourners came to the city for Martin Luther King, Jr.'s funeral in April 1968, the Krispy Kreme donated 150 dozen donuts to local churches who were trying to keep the people fed.

There is a reward of up to $10,000 for the arrest and conviction of the arsonist.