'It kind of threw me off:' Drivers take detours on day 2 of train derailment clean up on Georgia 247 Spur

The Georgia Department of Transportation says repairs are expected to wrap up Friday afternoon. 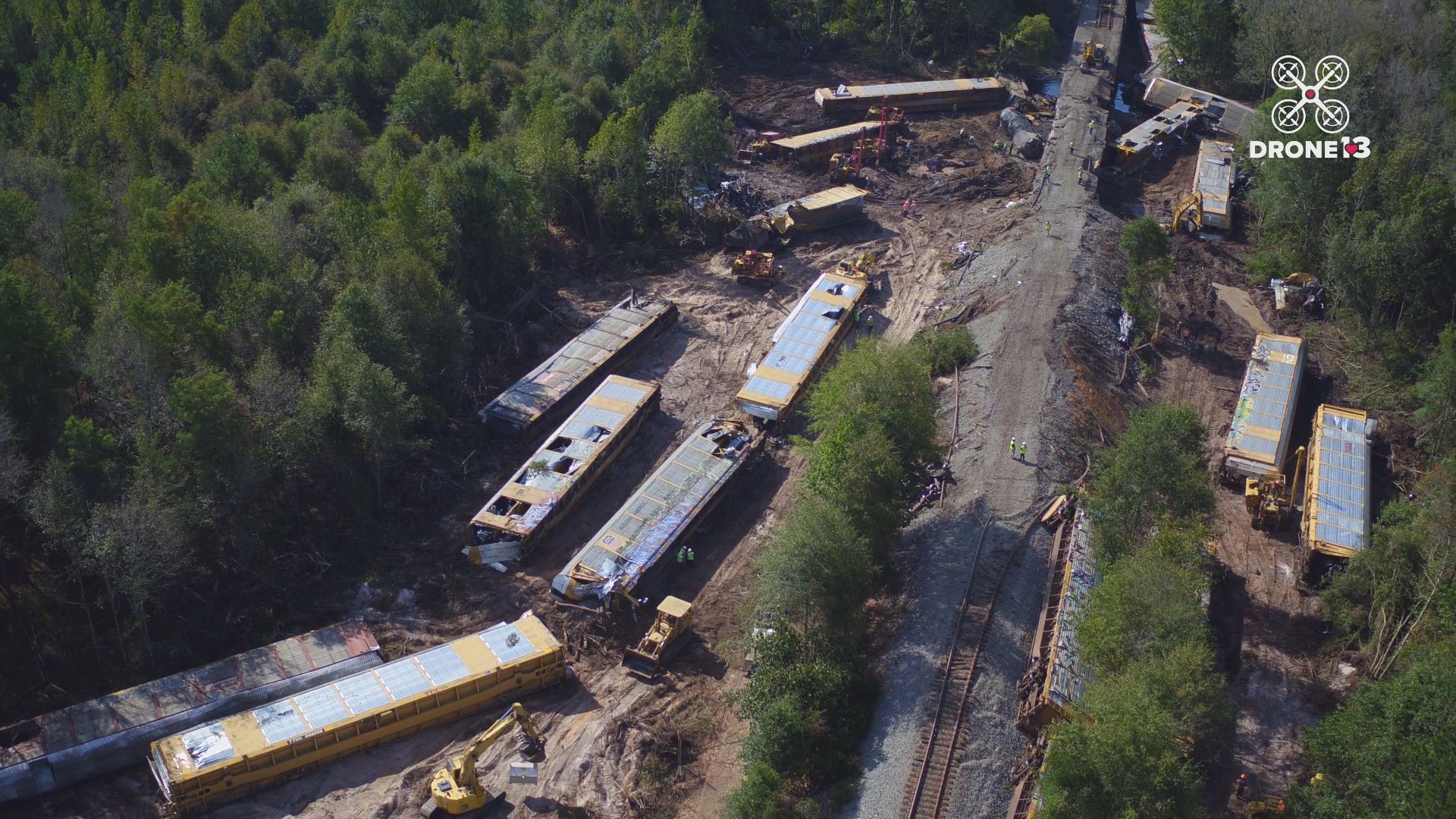 MACON, Ga. — The cleanup continues a little over 24 hours after a train derailed along the Georgia 247 Spur in Houston County.

Norfolk Southern crews were on scene clearing the damage and making repairs to the train tracks. The Georgia Department of Transportation closed the highway for the next couple of days.

Houston County Fire Chief Christopher Stoner is asking of drivers to be patient after the Norfolk Southern train derailment on Wednesday afternoon.

Just before the Georgia 247 Spur, drivers are meeting road closed signs while crews are cleaning up the mess.

"It kind of threw me off. It made me think of a place where I used to live where there was a real bad train derailment," Advanced Disposal employee Rick Lynch said.

Lynch says he and his coworkers have no choice but to go around the signs so they can get back on the clock.

"You want to eat? You want to live? Get to work. Plain and simple. Inconvenience is for the people down the road there where the train wreck was," Lynch said.

Norfolk Southern Spokesperson Rachel McDonnell says 34 train cars derailed. Most of them were carrying cars and one tank car carried animal tallow. In an email to the 13WMAZ newsroom, she wrote some of that material spilled as well as diesel fuel from one of the locomotives.

McDonnell says Norfolk Southern contained the spill and are working to clean it up.

Fire Chief Christopher Stoner says drivers will have to  detour at Saddlecreek Road on the south end, Arena Road, or take Highway 341.

Driver Henry Evans says he can feel the congestion on other roads.

"Traffic is backed all the way up and everything," Evans said.

McDonnell says none of the derailed train cars were carrying hazardous materials. She says Norfolk Southern contractors who specialize in cleanup and recovery after a train derailment are on site working closely with local authorities.

GDOT says the cleanup is expected to wrap up Friday afternoon.