1 dead, 5 injured after Laurens County wreck on I-16 East

Deputy Coroner Nathan Stanley confirms 49-year-old Lourdes Aguilar is dead after a truck collided with a car on the interstate Saturday morning. 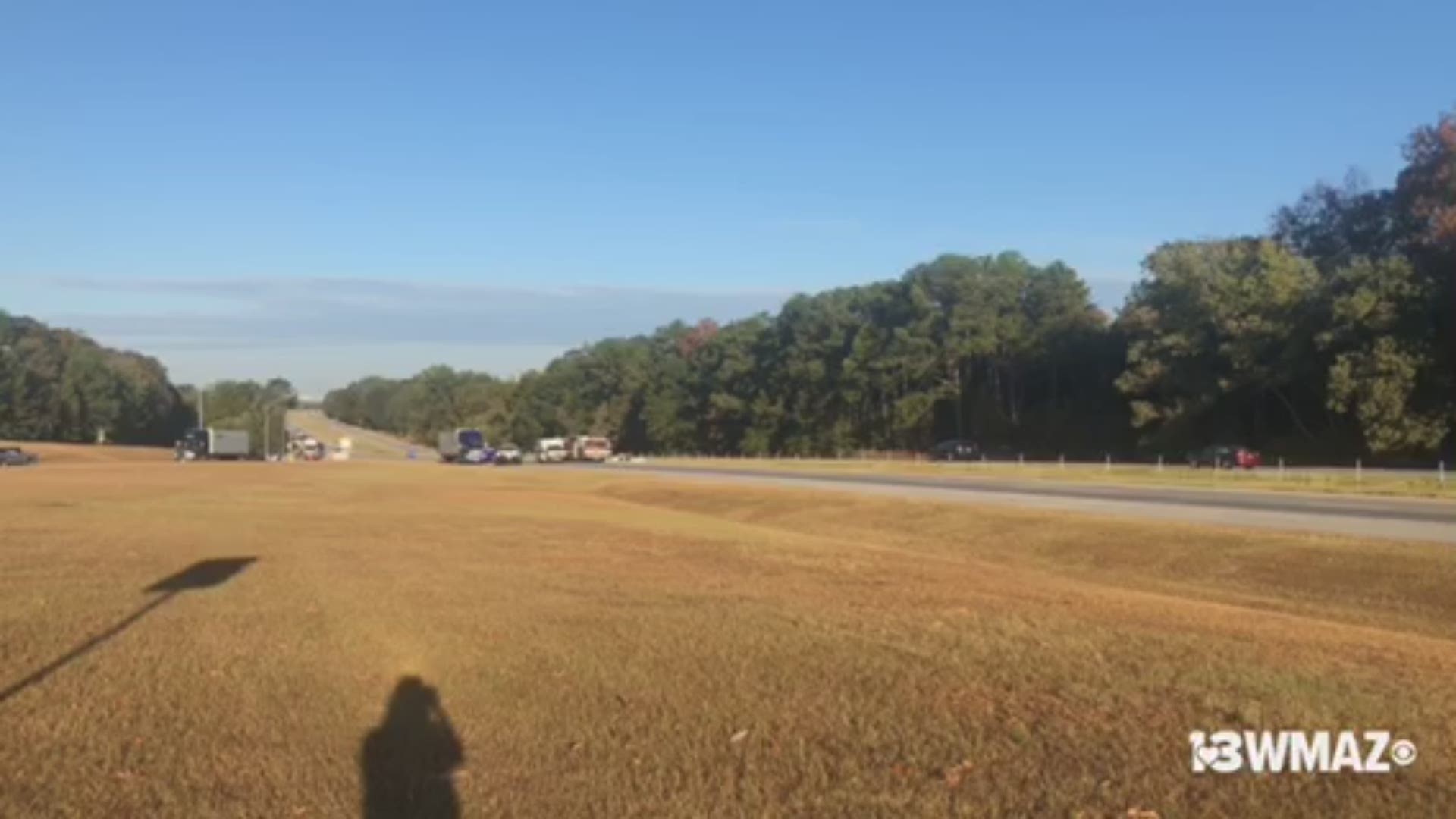 LAURENS COUNTY, Ga. — A woman is dead and five people are injured after a wreck on I-16 East in Laurens County on Saturday.

Deputy Coroner Nathan Stanley confirms 49-year-old Lourdes Aguilar is dead after a truck collided with a car on the interstate Saturday morning.

The driver of the Dart, 48-year-old Rogelio Organista from Atlanta, slowed down because it was hard to see in the sunlight, the agency says.

Roger McAdams, 50, of Hampton, was driving the Ford. McAdams didn’t have time to slow down and rear-ended the Dart.

RELATED: Accident on I-16 causes lane closures in Laurens County

Aguilar, who was sitting in the black left seat of the Dart, was taken to Fairview Park Hospital in Dublin where she died around 9 a.m., according to Stanley.

Organista, 14-year-old Bryan Organista, and 64-year-old Cleosas Castro were all passengers in the Dart too. Two of the passengers were also taken to Fairview Park Hospital and one of them was taken to Navicent in Macon.

McAdams along with his passenger, Eddrian McAdams, were taken to Navicent.

There is no word on their condition.

According to the Georgia Department of Transportation, the accident blocked all lanes of traffic on 1-16 East, but the lanes cleared around 11 a.m.

Georgia State Patrol says charges are pending after an investigation by the Specialized Collision Reconstruction Team is finished.