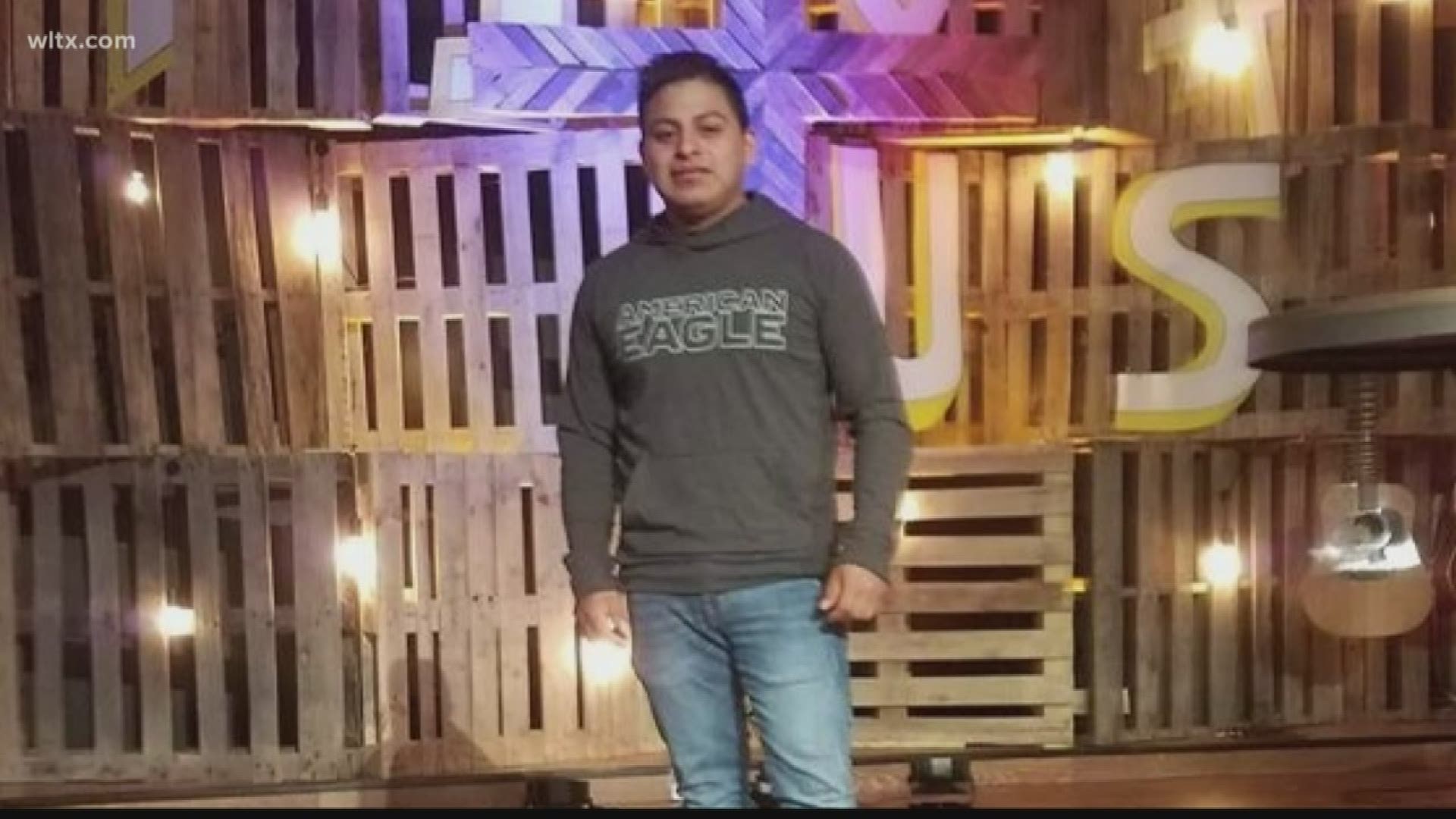 COLUMBIA, S.C. — The Forest Acres Police Department is searching for a suspect in an early morning robbery and shooting incident at a church in Columbia.

A lone gunman walked in to the Centro Cristiano de Columbia Church at 2401 Decker Boulevard around 6:15 a.m. and demanded money. At the time, the churchgoers were kneeling in prayer. The suspect, armed with what was described as a small silver semi-automatic pistol, fired into the air and then shot one of the church members. Witnesses say he fired more shots into the air, and ran off when his gun stopped working.

The 23-year-old victim, Esvin Perez, was taken to the hospital and underwent emergency surgery.

Pastor Henry Alfaro said they are uniting in prayer for the victim.

Witnesses described the suspect as a tall, slim black male, wearing a black striped shirt, black pants, a beanie, and a bandana that partially covered his face.

The victim was transported to a local hospital and is undergoing surgery.

If you have any information about this incident, you are asked to contact the Forest Acres Police Department, (803) 782-9444 or Cirmestoppers at 1-888-CRIME-SC.