The award-winning rapper is part of the team's ownership group. He spoke at the tryouts, motivating participants amid the pressure. 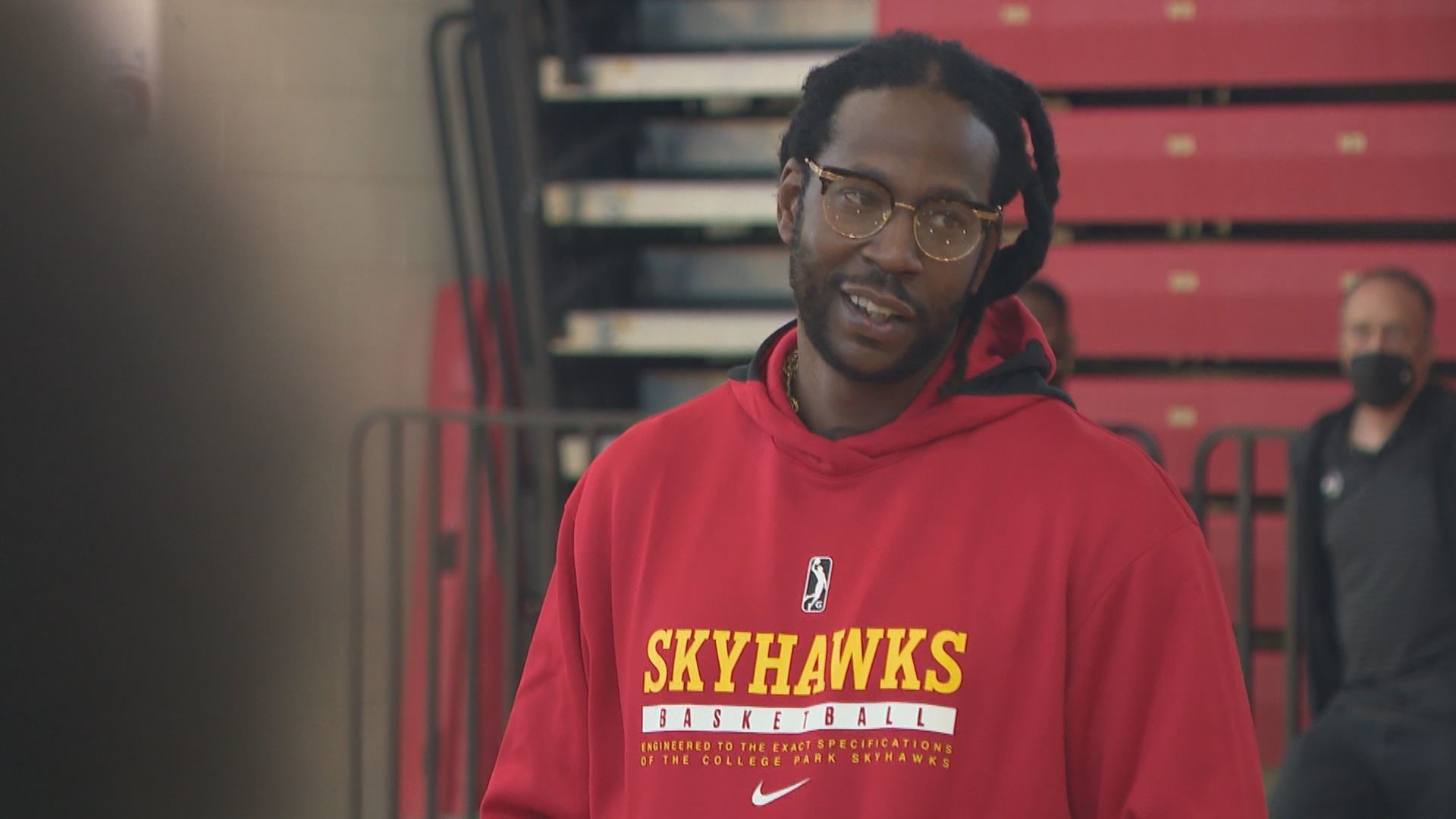 COLLEGE PARK, Ga. — Dozens faced two courts and 2 Chainz on Sunday at Woodward Academy as NBA hopefuls showcased their skills during tryouts for a spot on the College Park Skyhawks.

The Skyhawks are the G League affiliate of the Atlanta Hawks. A G League is an official minor league basketball organization with the National Basketball Association.

“This is for everyone. You know we take these open tryouts very serious," Skyhawks head coach Steve Gansey said.

“Basketball has always been my primary love until this day," 2 Chainz said.

“College Park is very much a part of me. I graduated high school from College Park. It seemed like the right thing to do. The owners from the Hawks reached out maybe four or five years ago about the plan on moving a G League team here to Atlanta, and having me assist and be a part of that journey, that's how I’m here today," he said.

2 Chainz said he's proud of the players and appreciative of them for coming out to tryouts and putting their "best foot forward."

"With the platform that I have, I feel like it's very important for me to give chances and opportunities and this is exactly what it is," he said. "So don't take it for granted and no matter what happens today, don't shut your dream down."

Trainers, coaches, and 2 Chainz himself were all working to keep participants motivated amid the pressure.

This is the Skyhawks' second open tryouts session, according to Gansey. Both 2 Chainz and Gansey say they're looking forward to "great things."

“I’m always interested in who shows up, great basketball around the Atlanta area, just this region so really looking forward to watching these guys and seeing, who can show case what they can do out there," Gansey said.