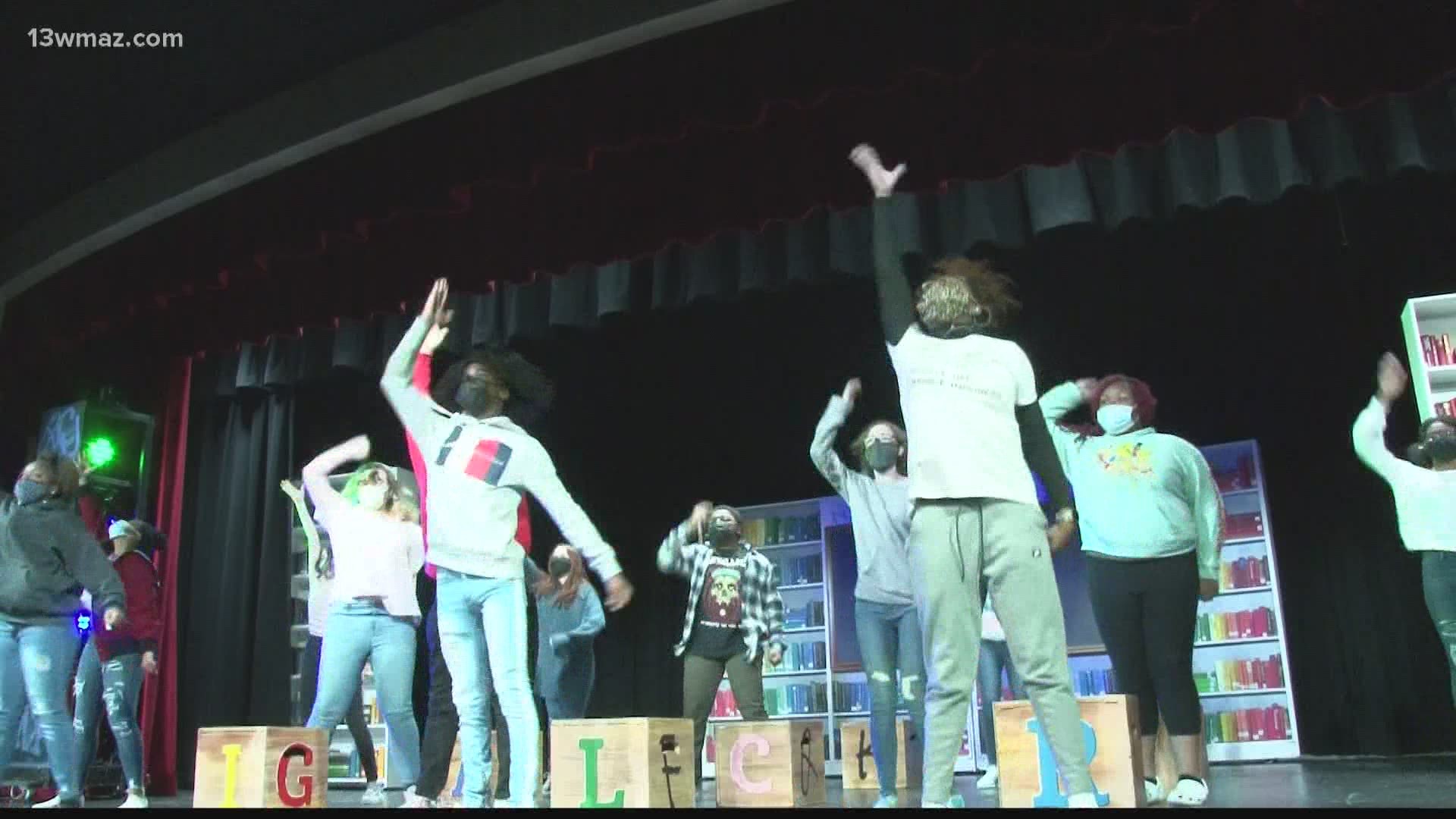 Bre'onna Richardson spoke with some students and the theatre directors about the hard work it took to receive this honor and what it means to them.

February 13 was an exciting day for Perry and Warner Robins high schools.

Logan says he was a shy kid, so this means the world to him.

"To know that I can get an award like this, it was just incredible because I got to watch all the people around me. They were proud of me they were happy for me, and it was really motivating," Jacobs said.

"We found this show and it fit our kids, and it has a message that I like. It's heartwarming, it'll make you laugh, and it'll make you cry, but at the end, it makes you realize the importance of family and belonging to something," Sendek said.

Over at Warner Robins High, 13WMAZ's very own Marvin James' daughter, Drew James, was named Best Actress at the competition.

She played the lead role in their performance, "Matilda."

"I have definitely gained confidence in myself in my skill and my talent. I also have gained leadership, and just had relationships grow with my directors and with my fellow cast-mates, it's just been a great experience, really become a family," James said.

Warner Robins High theatre director Nicholas Sostillio says this is the first-time ever that the school has won this title.

"It's such an honor that they get to celebrate with this state championship title, and I know all the alumni that have been a part of this program are just so happy for them, to see that we finally made it and got that trophy," Sostillio said.

Logan says he wants to be a high school theatre instructor and Drew wants to be a music therapist to help people with special needs or mental illness.

Tickets are $5 and may be purchased at the door or in advance at wrhstheatre.com

Perry High offers five opportunities to see the musical at the Perry High theatre as follows:

Tickets are $5 at the door beginning an hour before show time.  Due to reduced seating capacity, reservations are highly recommended.  To reserve tickets, contact the Theatre Box Office at 478-988-6298, ext. 2855.