2020 Macon-Bibb mayor's race: Everyone who's announced they're running 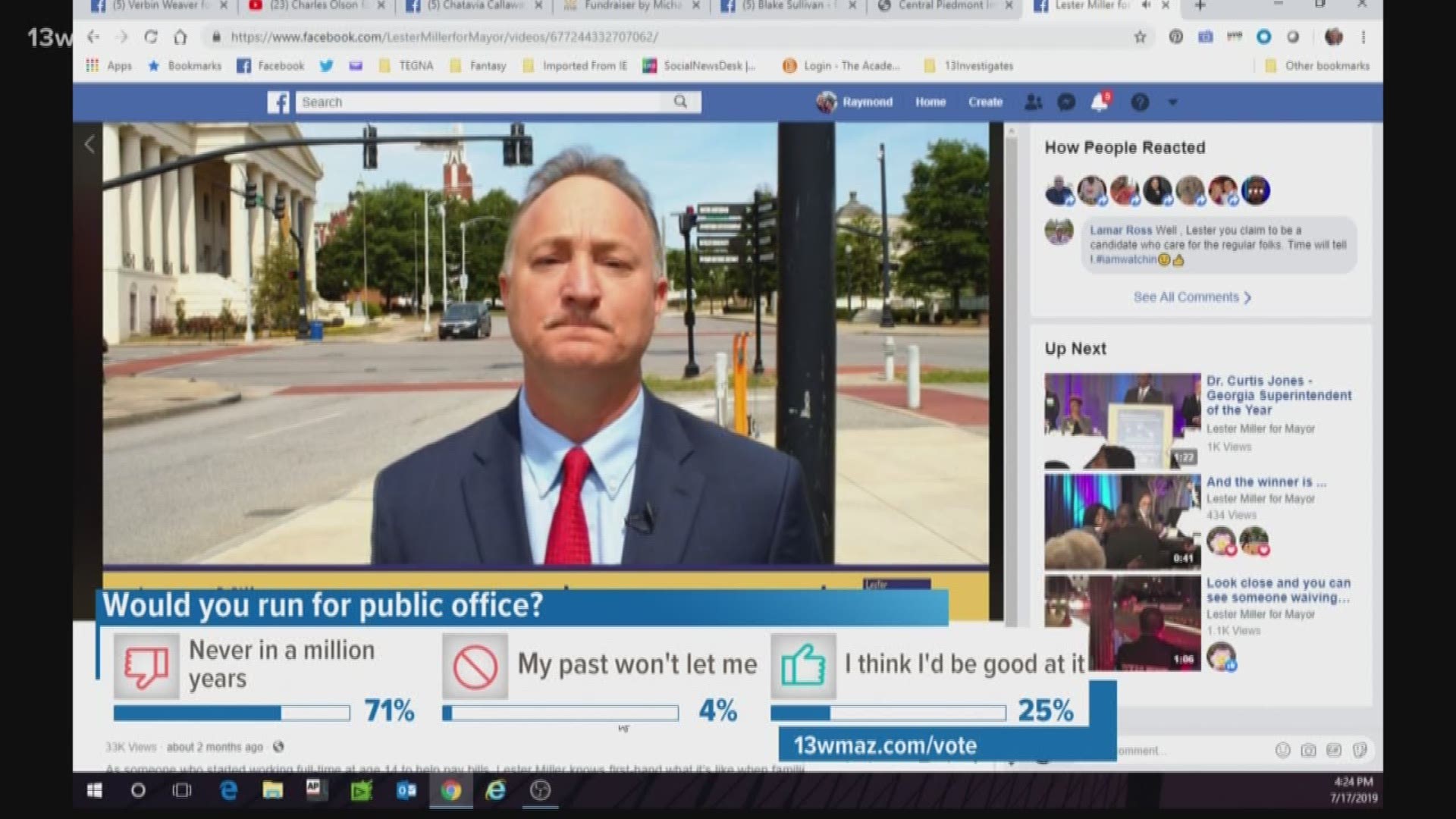 MACON, Ga. — As of Jan. 29, 2020 Macon-Bibb County currently has seven people who have formally announced their plans to run for mayor.

Mayor Robert Reichert steps down next year after 12 years in the mayor's office.

However, nothing is official until candidates pay $3,000 to the Board of Election and qualify next March.

Some of the first to announce were familiar faces in local politics, such as Bibb School Board president and local attorney Lester Miller.

Then, there is rabbi and current county commissioner, Larry Schlesinger.

There are also people that are familiar because of work they've done around the community like Stanley Stewart, a community organizer and former educator; and Verbin Weaver, an activist and the Bibb County Democratic Party Vice Chair.

Other newcomers saying they plan to run include businesswoman Chatavia Callaway and businessman Blake Sullivan.

Here's the running list. We've included links to the available Facebook pages and/or sites of the candidates so you can learn more about each one.