This October, the 567 Center for Renewal is celebrating four local artists, including two friends who have known each other for decades 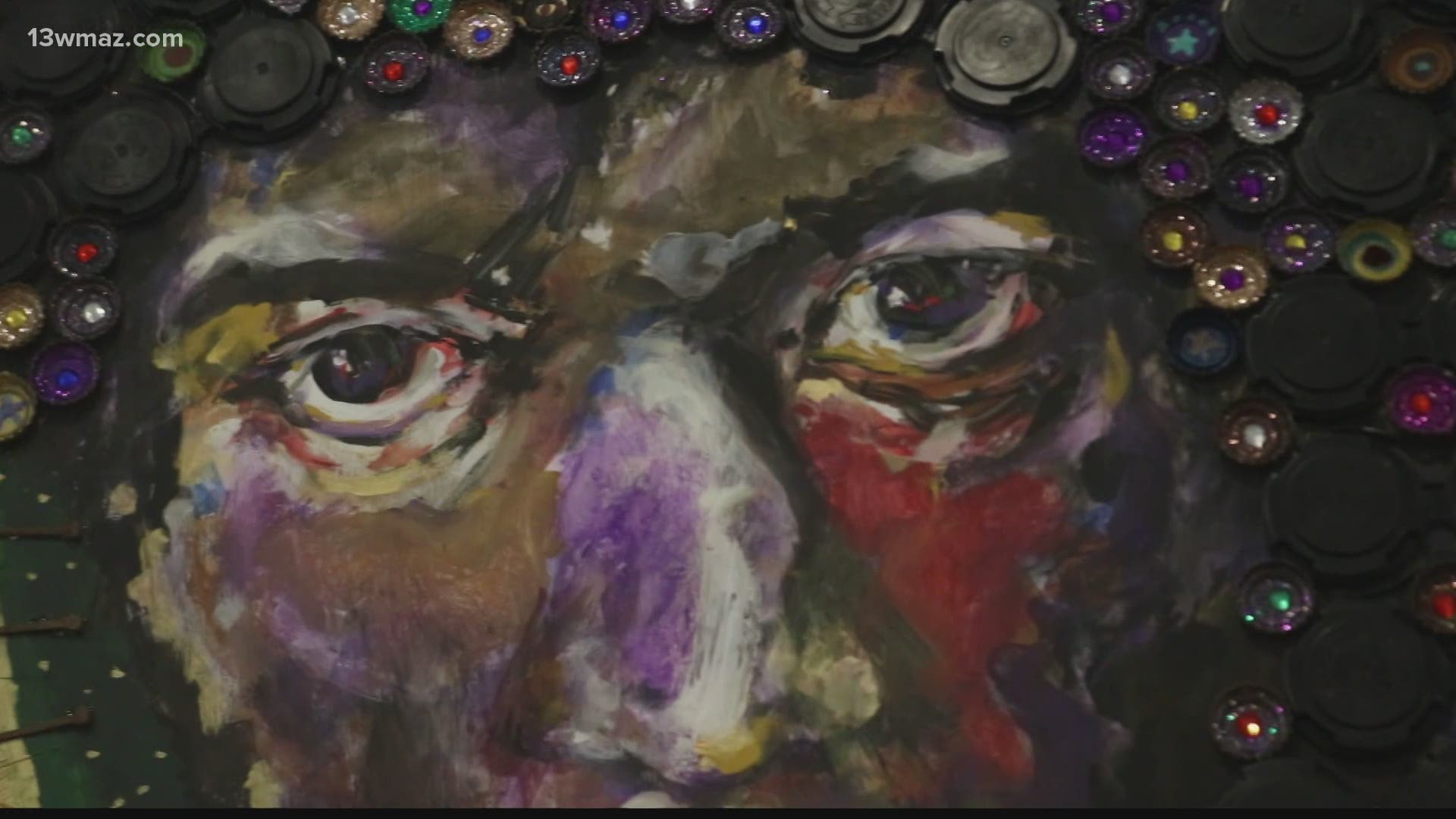 MACON, Ga. — This month, the 567 Center for Renewal is putting the spotlight on four local artists with a knack for turning unconventional objects into inspiring pieces of art.

The 'Visionary Roots' exhibition features the work of Barbara Odil and Chris Novey, as well as two friends that have known each other for over two decades.

In the 1990s, Michael Pierce and John Mollica's paths crossed through mutual connections to local music legends like the Allman Brothers Band and Government Mule.

"I was living in the Big House at that time," says Mollica. "We were both pitching art jobs... I was just in the right place at the right time."

Since then, Mollica and Pierce have worked together to revitalize the murals at Capricorn Records in 2017. Now, the two are back together again.

The center's art showcase highlights both artists' talent for turning items like bottle caps and hollowed gourds into unique pieces of artwork.

"Everything can have a purpose in art if you arrange it correctly... maybe mother nature made it, I'm just arranging it," says Mollica.

Now here’s a message we can all get behind... 😉 Painting by John Mollica.

Some of Mollica's work include depictions of Jimi Hendrix and Muddy Waters.

Two years ago, Pierce grew his own gourds that he hollowed out and layered with paint and gold leafing.

"They were cultivated to hold water and carry things and I just love the history," says Pierce. "I've been doing something with art and creativity since I was young. I've just always liked to work with my hands, most of my work is more spontaneous."

You can see all four artists' work at the 567 Center for Renewal at 456 First Street in downtown Macon.

The 'Visionary Roots' show will be on display through November 2.