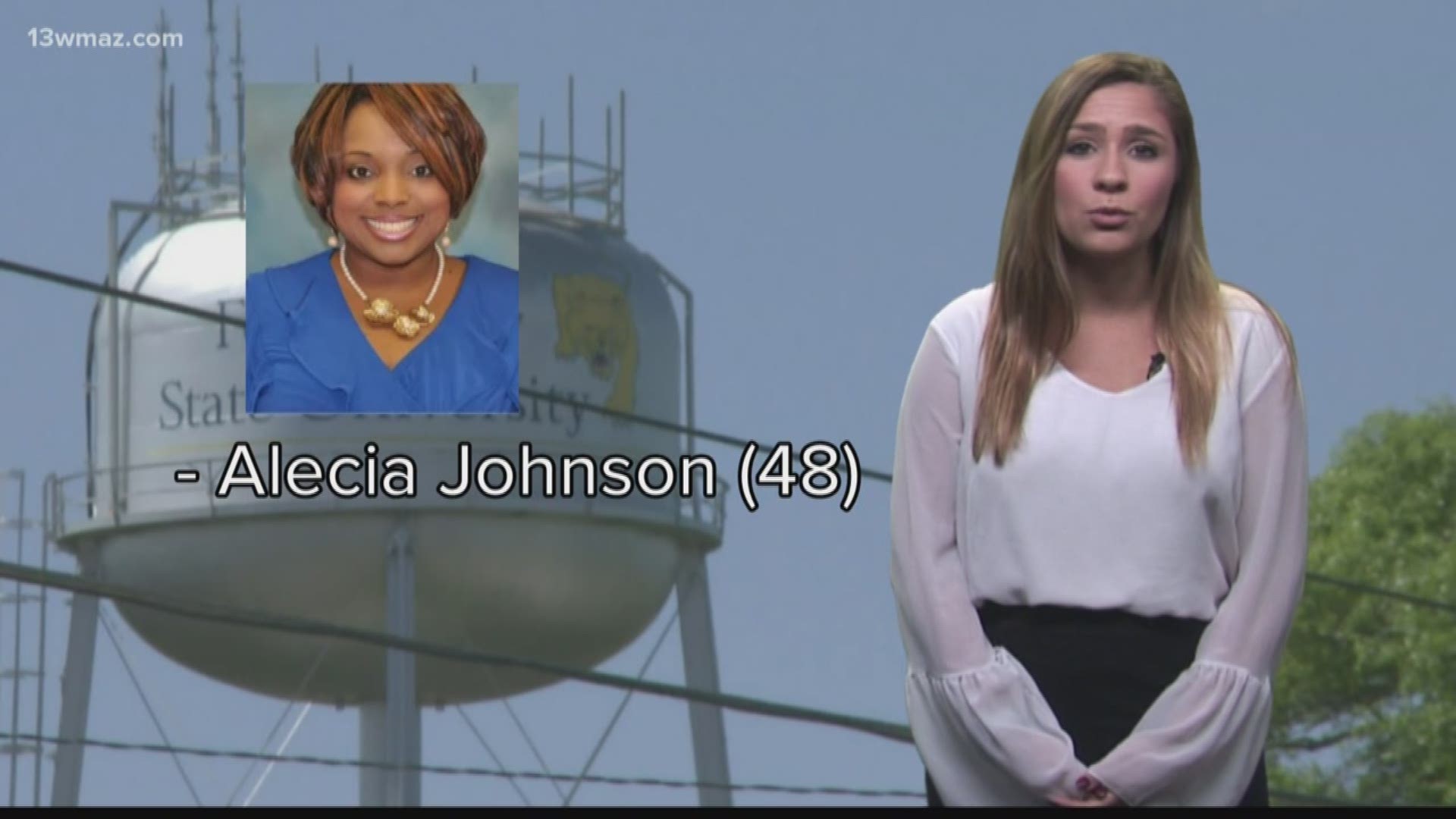 Seven people, including the now former executive assistant to the Fort Valley State University president, are now charged with various sex crimes after a monthslong investigation into illegal conduct at the university.

District Attorney David Cooke made the announcement at a press conference on Friday morning.

Six people are charged with pandering and solicitation of sodomy stemming from incidents in 2017 and 2018.

They were identified as:

Additionally, the former executive assistant to the president, Alecia Johnson, is charged with six counts of pimping on allegations she provided a prostitute to the six men.

Johnson also has six counts of prostitution on allegations that she herself performed sexual acts for money or other items, and one count of conspiracy to commit fiduciary theft on allegations she conspired to take a student’s scholarship money in October 2015.

Around 2 p.m. Friday, the university released a statement:

"Today we learned that two former FVSU employees have been charged with illicit conduct. We appreciate the work of the GBI in conducting this investigation, which began in April 2018 when administrators received two separate reports alleging wrongdoing. The University System of Georgia (USG) in conjunction with FVSU began an immediate investigation in accordance with its policies. The USG notified Georgia’s Office of the Attorney General, and the case was ultimately referred to the Georgia Bureau of Investigation.

FVSU has promised its students that their safety and security is our first priority, and we fully support the application of the judicial process. We have consistently and aggressively worked with the University System of Georgia and law enforcement to ensure that anyone who allegedly puts our students at risk is investigated thoroughly and expeditiously, and have advocated for the most appropriate standards to be applied. While we cannot comment on the details of an ongoing investigation, we expect anyone who has compromised the trust of our students to be held accountable with all deliberate speed."