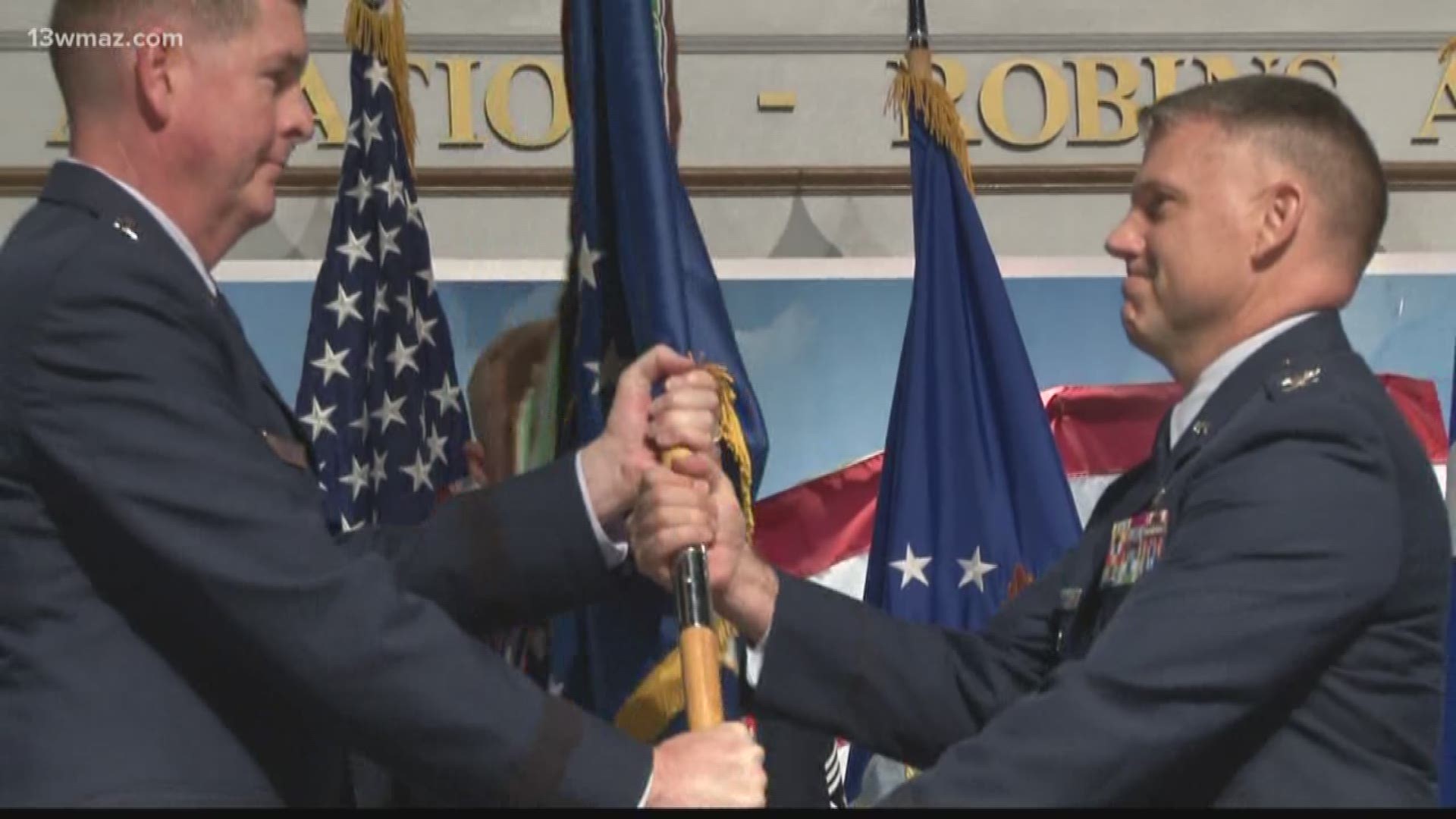 ROBINS AIR FORCE BASE, Ga. — Friends, family, and service members gathered at the Museum of Aviation on Wednesday afternoon to welcome in a new commander of the 78th Air Base Wing.

After two years of service, Colonel Lyle Drew handed the reins over to Colonel Brian Moore during their change of command ceremony.

During his speech, Drew said, "It's not an understatement to say that this has been an incredible two years. I am humbled that I had the opportunity to be a part of this amazing team."

Colonel Drew and his family will be heading to Ohio's Wright-Patterson Air Force Base, where he will be of staff director at Headquarters Air Force Material Command.

Moore comes to Warner Robins from Tinker Air Force Base in Oklahoma.

"The military integration and partnerships that exist in this community are renowned and very well respected," Moore said. "I'm excited to get to know the community partners and mission partners on base."

In his new title, Moore will be in command of more than 2,700 service members throughout Robins Air Force Base.