911 dispatchers were so shocked, they had to ask the callers to repeat themselves. Some even chuckled as Tuesday's incident was unfolding 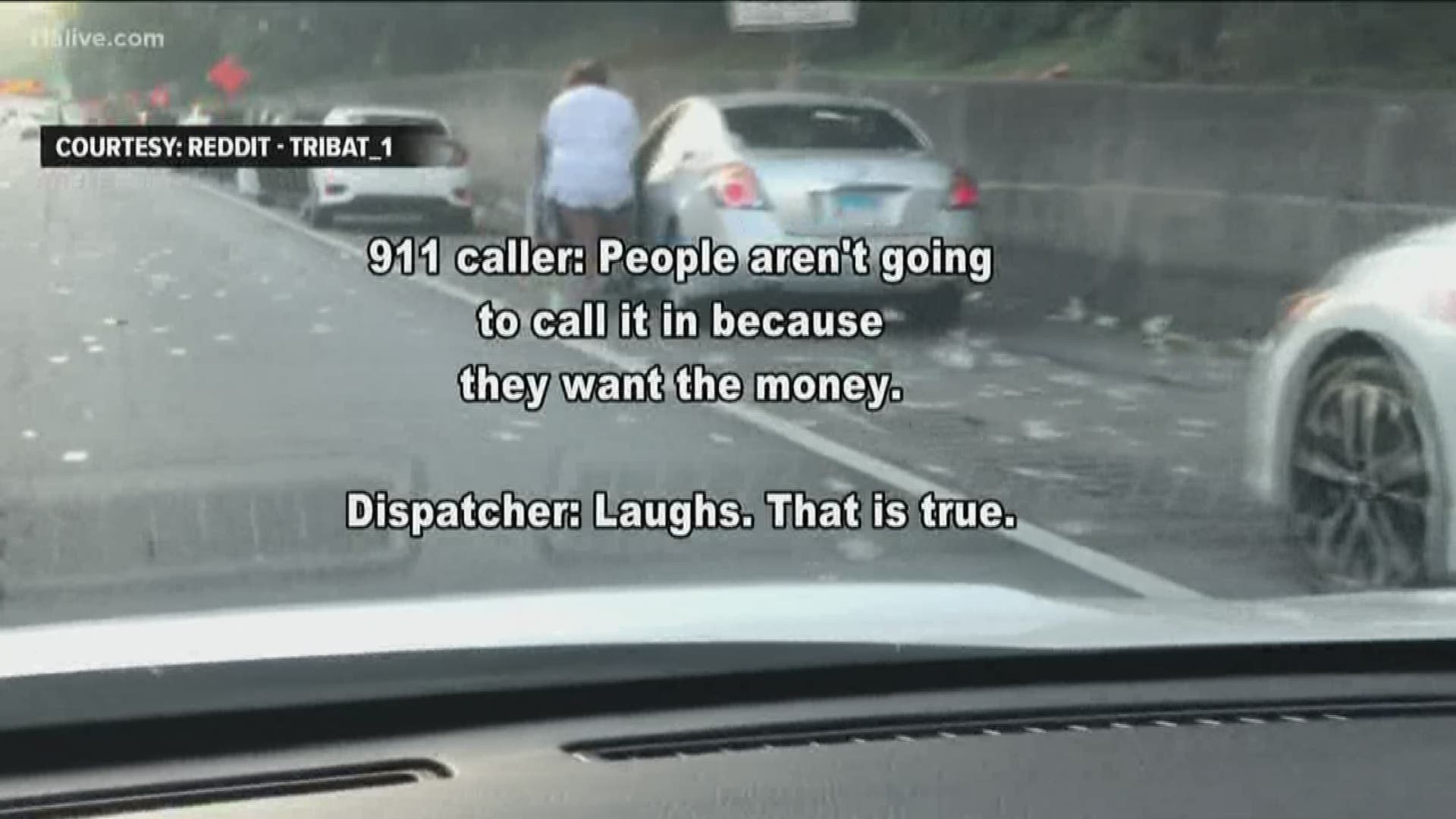 ATLANTA — Call audio and body camera videos depict the bizarre scene police were getting themselves into on Tuesday when nearly $175,000 in cash was spread across Interstate 285.

MORE: So how did money get out of an armored truck causing it to spill on interstate?

911 dispatchers were so shocked, they had to ask the callers to repeat themselves. Some even chuckled in the process.

"They're running out on I-285." "There's money all over the road." "People aren't going to call it in because they want the money." "Cars are just stopping."

"We've had several calls," one dispatcher told a caller.

"Oh my goodness," she added.

"Money gone," a Dunwoody Police officer told his partner. "They're going to lose their jobs,"

Moving forward a few days and several thousand dollars are still missing after so many people stopped on the busy interstate to pick up the money.

Though amusing at the moment, police are now stressing that keeping the money is a crime that could rise to felony levels depending on how much money the people took.

They're still willing to take the money back without penalty; though, the olive branch won't last forever.

Police warn those who picked up $$ that spilled from armored car: Return it