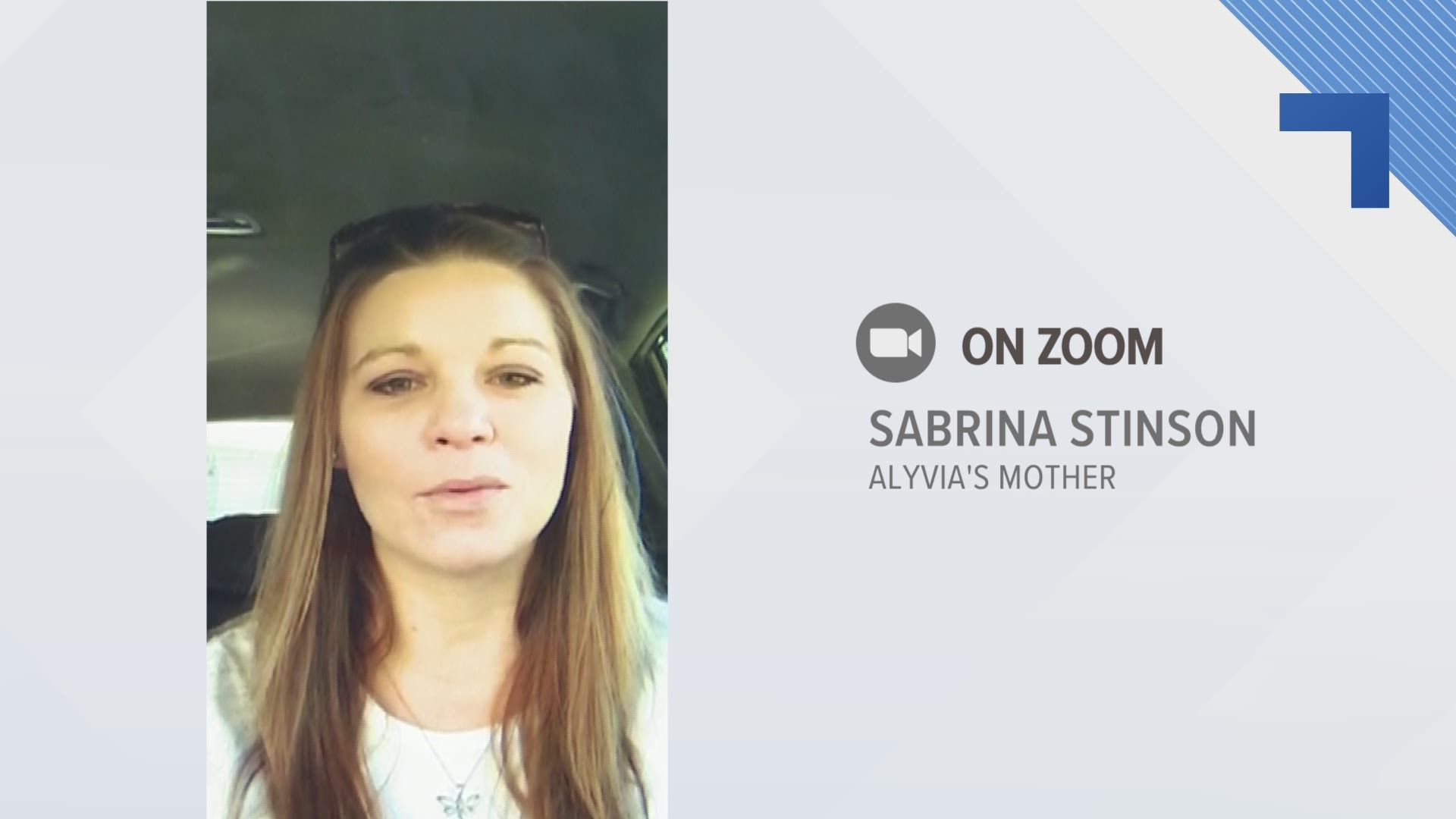 MONROE COUNTY, Ga. — For some high-schoolers, getting a letterman jacket may not be that big of a deal. For Monroe County student Alyvia Slaton, this was a dream come true.

"She thought about it since she was in the fourth grade that one day she would have a letterman -- a Mary Persons Bulldog letterman," Sabrina Stinson, Alyvia's mother, said.

Alyvia is a 10th grader at Mary Persons High School and plays the clarinet for the marching band.

Her mother says she is phenomenal.

"We never put her in any classes, she picked up on it so fast and got good at reading music really quick. She got really good at it over the years," Stinson said.

This school year, members of the band would receive letterman jackets for all of their hard work.

"Alyvia looks over at me with tears in her eyes and I was like, 'Alyvia, what's wrong?' and she was like, 'Well, my friends are going to be getting their letterman this year and I really wanted to get mine, but I know I'm probably not going to get mine,' -- of course, because of her disease," Stinson said.

Alyvia was diagnosed with osteosarcoma when she was in 8th grade.

Ever since her diagnosis, the disease has been very aggressive and she's had to undergo rounds of chemo and surgeries, which often kept her from participating with the marching band.

A few weeks later, her mother, band members, the band director, and her homebound teacher got together to help make Alyvia's wish come true.

"I tried to keep it a surprise the entire time because I didn't want her to know about it, because she did have her heart set on it so much. It was so amazing to watch her get the letterman," Stinson said.

"I know it just made her overjoyed, because when Mr. Benson brought that jacket out and put it on her shoulders, she just started crying," Alyvia's teacher, Jennifer Bond, said.

Bond has been Alyvia's homeschool teacher since 2019, and she says she was grateful to witness that moment.

Both Alyvia's mother and Bond say that she is more than deserving.

"She is amazing," Bond added.

As Alyvia continues treatment, she wants to make sure that she thanks everyone for the love and support that people have shown her throughout this journey.

Alyvia's tumors have progressed over the past six months. A few of them are inoperable, so she will be trying new radiation soon.

Jennifer Bond created a GoFundMe page to assist her family during this time.