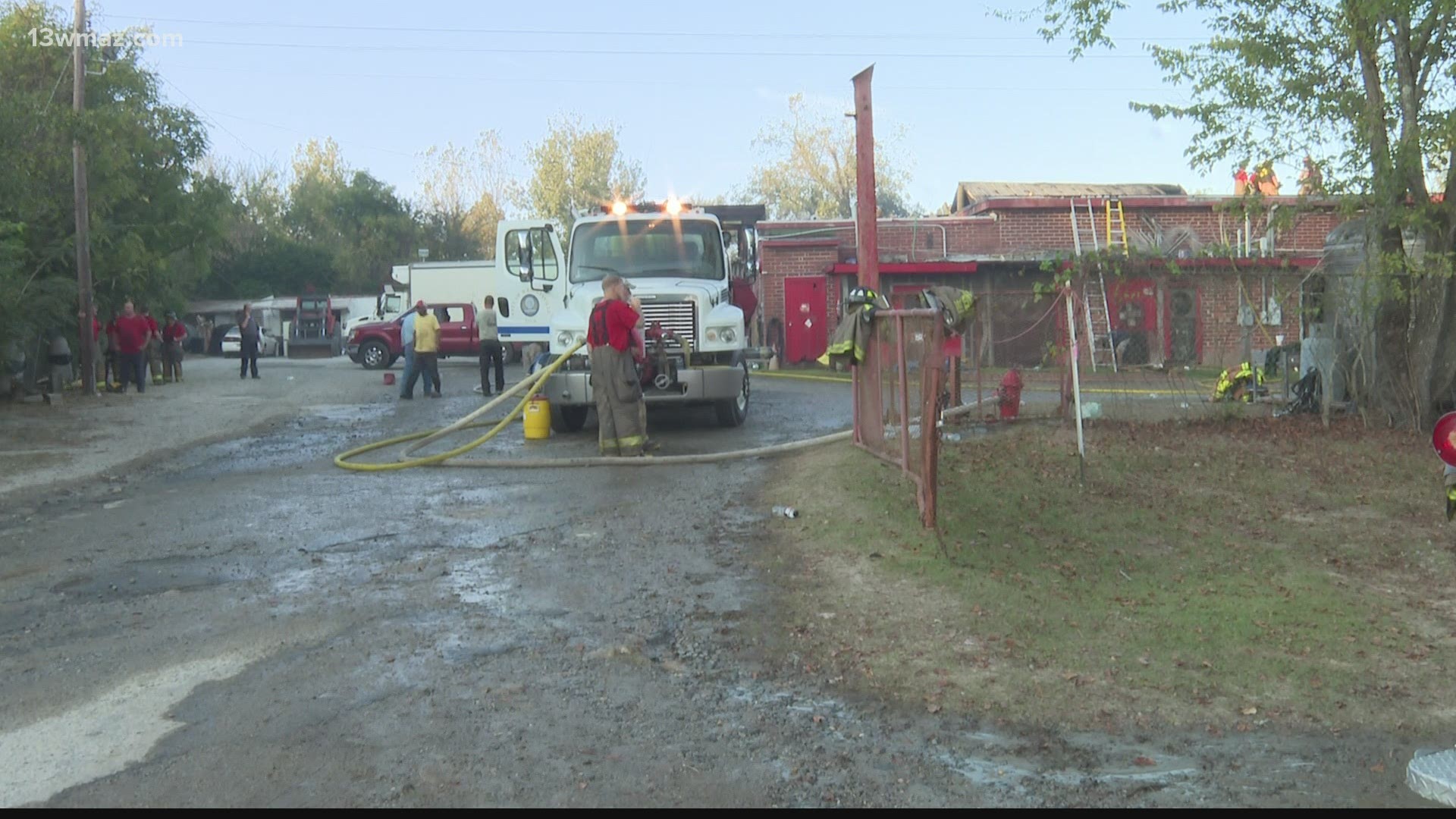 It's a popular Central Georgia business known for its sausage and other fresh meat.

He says this is one of the biggest commercial fires they've had in years. Wombles says there were at least 60 firefighters on the scene at one time from Wrightsville and Johnson County Fire along with fire stations from three nearby state prisons.

"We had heavy fire coming from the back of the structure," Wombles said. "The entire building is a total loss due to the fire walking through that roof line and us unable to get in there and stop it."

As crews worked to put out the blaze, the family watched as the business they built from the ground up burnt. Ashlyn McAfee Williamson says the family is devastated.

"But we know the Lord has a plan," Williamson said.

The company has been in business since 1953.

People drive from all over the state just to pick up some of their well-known sausages or other fresh meat.

Since the pandemic hit, the company's product has been in high demand.

A meat shortage pushed customers away from grocery stores and toward McAfee Packing for their popular products.

"We know a cornerstone in our community is gone. We know our 30 to 40 employees are now unemployed," Williamson said.

In a statement to 13WMAZ, the company said, "On behalf of the entire McAfee Packing Company family, we would like to thank our community for the outpouring of love and support that have been shown to us this afternoon." They added they are thankful for their loyal customers for their support.

As for the future of the company, the family says they'll start thinking about that Thursday.

Wombles says one firefighter was transported to Fairview Park Hospital, and five or six other firefighters were treated on the scene for heat exhaustion.

Throughout the night, crews will monitor for spot fires.

Wombles says they don't know what caused the fire yet, but there was construction going on inside the building.

"On behalf of the entire McAfee Packing Company family, we would like to thank our community for the outpouring of love and support that have been shown to us this afternoon. Around 1 p.m., a fire began in the roof of our facility. We are thankful that everyone made it out safely, and there were no injuries. McAfee Packing Company was founded in 1953 by my great-grandfather and my grandfather. For 63 years, our family has prided ourselves in bringing the freshest meat to middle Georgia. My uncle, Jimmy, and my father, John, along side my mother, Glenda, have worked tirelessly to create a business built on quality and freshness. We thank you for the outpouring of love sent to us. The McAfee family would like to thank our loyal customers for their support. The joy of the Lord of our strength.” Nehemiah 8:10"