He was placed on life support after he was born and doctors only expected him to live for hours. Now, he has taken his first steps! 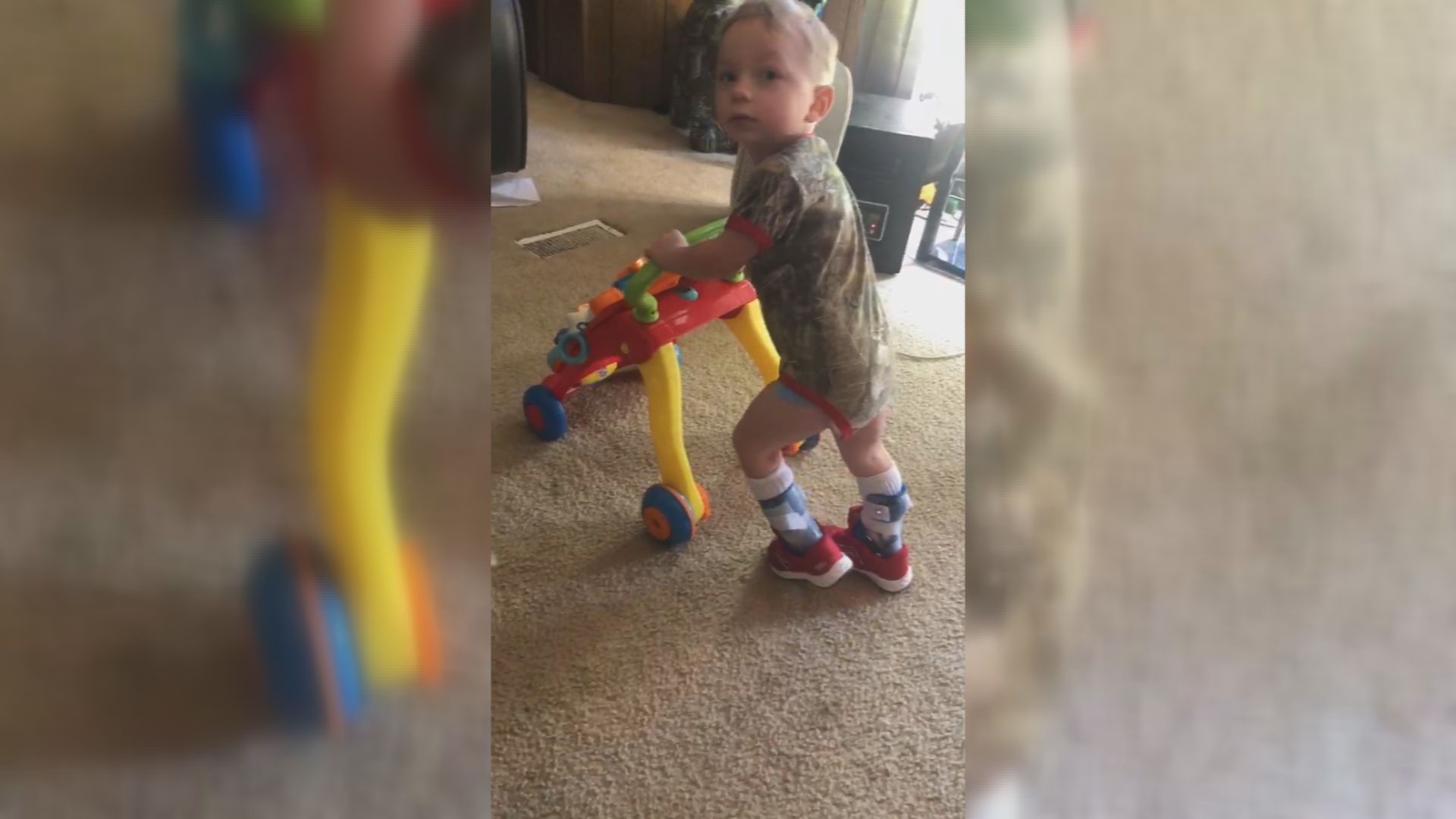 Bryson was born on Aug. 28, 2017, at Houston Healthcare when Swanson was only 33-weeks pregnant.

Swanson says she had to have an emergency C-section and Bryson was supposed to be due at the end of November.

“When they did take him out, he was no longer with us,” Swanson said. “It took them 38 minutes to bring him back.”

She says her placenta erupted and the umbilical chord was wrapped around Bryson’s neck three times.

Doctors decided to transport him to Navicent put him on life support.

Swanson says she couldn't leave Houston Healthcare for four days because of the amount of blood she lost, so she couldn't see her baby.

“They told me that nothing was going to change. That he has no brain activity, they told me he was deaf, he was blind. They told me he’ll never see quality of life if he makes if off life support,” Swanson said.

Swanson says doctors told her that without life support, Bryson would only live for minutes to hours before he passes.

The family decided to baptize Bryson and take him off life support. Swanson says that is when they moved to the NICU family room.

After Bryson stayed alive for days, the doctor asked if the family wanted to go home on hospice or be transported to a hospice facility.

Doctors told Melissa that Bryson would have no reflexes, but she says when she tried to give him a pacifier, he took it.

“Just like a normal baby. Started sucking on the pacifier,” she said.

As time went on, Bryson continued to improve and he eventually started eating food and drinking regularly with a bottle. In summer 2019, Swanson says he crawled for the first time.

Then on March 24, Bryson took his first steps.

“I gave him a walker and he fell three times out of ten that I tried it and now he’s just walking without any troubles, not falling or nothing,” she said.

Bryson was diagnosed with cerebral palsy in his legs.

“His progress is absolutely amazing. A true miracle from God,” Swanson said.

She says seeing her son’s inspiring journey has changed her as a mother.

Robin Sryock has been Swanson’s neighbor for almost 4 years. She's the one who rushed Melissa to the hospital when she was having Bryson.

She says she has seen Bryson become the fighter he is firsthand.

“I’ve watched this little man just amaze everybody,” Syrock said. “I was up there when they had to take him off the life support.”

Sryock says Swanson’s dedication to her children is amazing.

“When I say she goes that extra mile – she does. She’s a good momma,” she said with tears in her eyes.

Both Meilssa and Robin say they want Bryson to know he is loved by everyone around him.

Bryson has a 4-year-old his big brother named Layken. Melissa says Layken and Bryson are inseparable.

“I let him do everything his big brother does, and I think that helps a lot too with him being motivated,” Swanson said.

Bryson is non-verbal and he communities with American Sign Language. Melissa says her father is deaf, so the whole family knows enough sign to communicate with him.

Melissa says other parents facing a situation like hers should “never give up hope.”