Can Sacramento end homelessness in 2 years with $40 million?

To solve this crisis, Mayor Darrell Steinberg has made it his top priority to get people off the streets, into shelters and ultimately rehoused. 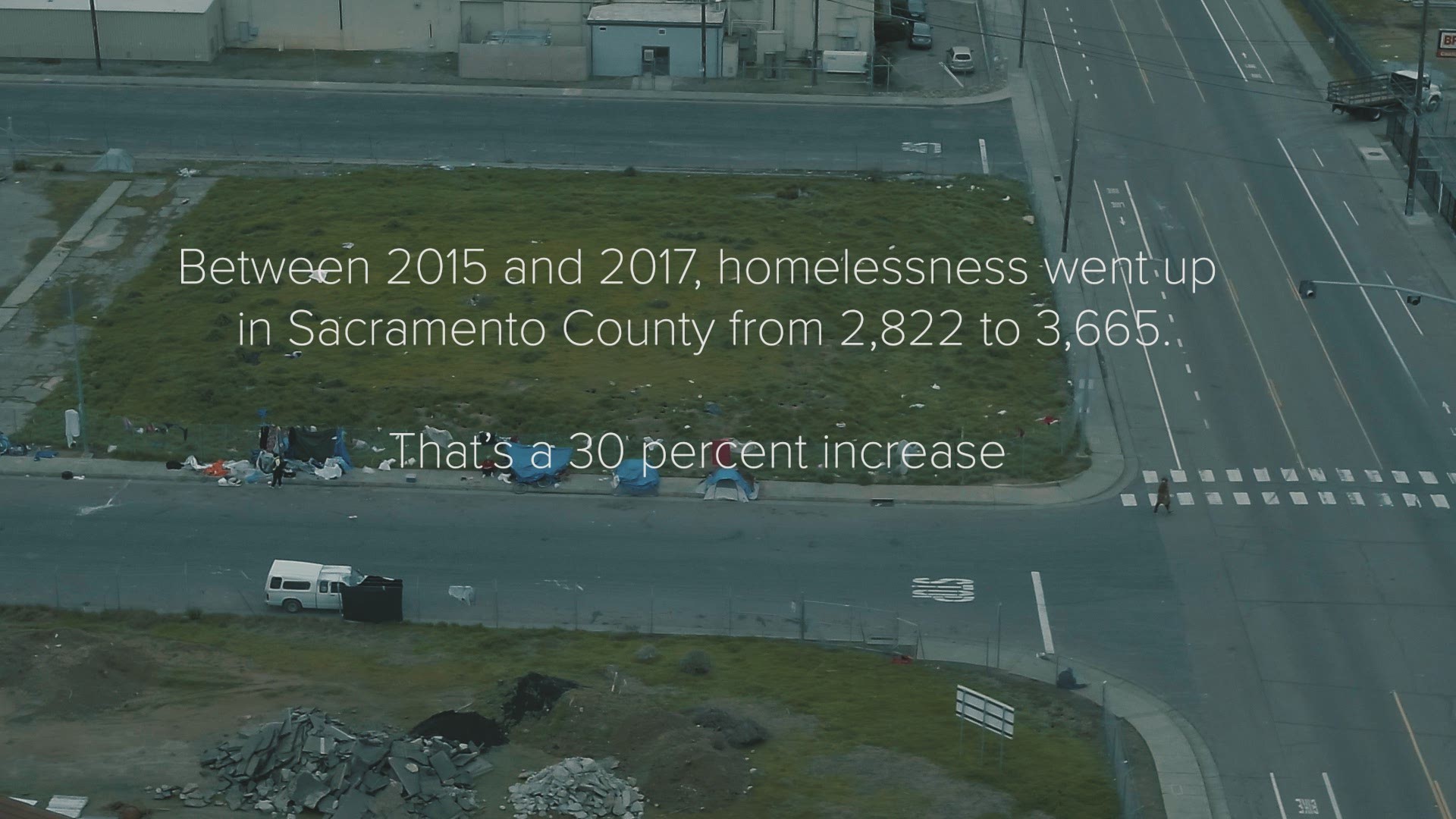 SACRAMENTO, Calif. — Sacramento can blame the housing crisis on the Bay Area, but the shelter crisis that resulted in the death of at least 110 people in 2018 remains a very local problem to solve.

Sacramento’s homeless population grew by 30 percent between 2015 and 2017, according to the 2015-2017 HUD Point-In-Time Count. During that same time period, the number of unsheltered homeless people grew by 85 percent.

Friendship Park provides a respite for Sacramento’s homeless, where they can warm up, drink a cup of coffee, eat meals and connect with services. But it is not a shelter.

To solve this crisis, Mayor Darrell Steinberg made it his top priority during 2019’s State of the City address to get people off the streets, into shelters and rehoused. In December 2018, Steinberg challenged all eight Sacramento districts to open 800 beds, split among the districts. In February 2019, he presented a $40 million proposal to use a combination of state, city and private funding to achieve this goal.

Steinberg promotes a housing, or at least, shelter-first, model that seeks to get people first into a stable, safe environment and then, provide necessary health, mental health and recovery services. Sacramento’s mayor often cites the success of the low-barrier triage center on Railroad Drive as a model for other shelters to follow. However, shelters that don’t test for substances ahead of admission could be unpopular with residents.

“NIMBYism [Not in My Back Yard attitudes] is real,” Mayor Darrell Steinberg said as he argued to Sacramento residents that, “your neighborhood is better off from a safety, and health and a cleanliness perspective, by getting people into a shelter…If you want to see the problem grow worse in your neighborhood, don’t intervene, don’t build the shelters.”

During a February 2019 workshop to present and discuss the plan with City Council members, funding and concept concerns were discussed. Sacramento Councilwoman Angelique Ashby stressed the importance of opening shelters for women and children, who may not be safe or allowed in low-barrier entry shelters. Steinberg also faced questions about why Sacramento should spend so much in temporary shelters as opposed to housing.

“This is a volume issue,” Steinberg said, providing an example where “we can turnkey a low barrier triage (center) and get 120 people in (shelter) right away, or we can make it a permanent supportive housing project in which case we can only start with 50.”

While the City debates and discusses plans for beds, Sacramento’s unsheltered population continues to suffer. At Loaves and Fishes Friendship Park, Abe, who preferred to keep his last name private, said, if you get wet, you're not just going to be cold for a few seconds, “you're going to be cold for as long as it takes to evaporate.”

“Besides being cold, your health, your mental health (will suffer),” Abe said. “There's people around you who are making noise, up all night. There's danger in the air.”

Faces of the Homeless

1 / 16
ABC10
Greg Hughbanks became overwhelmed while sharing how he wants to get his life back, the life he had before he was homeless.

Between October and November 2018, in order to be eligible for millions in state funds for homelessness housing programs, both Sacramento city and the County declared shelter emergencies.

A month earlier, the United States Court of Appeals for the Ninth Circuit ruled that citing people for illegal camping is cruel and unusual punishment when those jurisdictions don't have enough shelter beds. That ruling made it illegal to give anti-camping tickets. However, that hasn’t stopped Park Rangers from deconstructing homeless camps and issuing citations for other homelessness-related violations than in the months that followed the ban.

The latest Ranger Activity Data shows Park Rangers cleared 1,171 camps on January 2019, compared to 202 in January 2018. In the months that followed the anti-camping citation ban, the number of tickets given for littering, for having shopping carts in parks, and for “attaching ropes to a tree” skyrocketed.

“Specifically dealing with the increase of camps cleared in January 2019 to January 2018 would be staffing levels,” Chief Ranger Michael Doane said.

When the Ninth Circuit Court of Appeals rendered their decision in Martin v. Boise, Doane said rangers ceased to enforce the specific illegal camping ordinances within the Regional Park system.

“The parkways within Regional Parks were never designed to accommodate large scale, long term camping,” he said, adding that there is no infrastructure in place and both parkways are subject to flooding, which can happen quickly.

"In order to fulfill our primary mandate of providing for visitor safety, our focus has shifted to other Sacramento County ordinances or State of California laws dealing with criminal behavior in the regional parks system," Doane said. "For example, littering, and removing vegetation which negatively impacts the riparian forest and woodlands.”

“The logic of the ruling was ‘well, if you don't have enough shelter, then you should really go out and create shelter,’” Erlenbusch said. “Our County took that ruling and said ‘well we're just going to find a whole bunch of other ways to criminalize homeless people.’”

For Erlenbusch, who is the executive director of the Sacramento Coalition to End Homelessness, the commitment should not only be made by the homeless population or by politicians, but by all residents of the City and County of Sacramento.

He wants Sacramentans to know that more than 80 percent of the homeless individuals in the area are locals and, with that knowledge, “support affordable housing in your in your community and educate yourselves about homelessness rather than working on stereotypes.”

“People who are housed can support initiatives that expand shelters to keep people alive and keep people safe,” Erlenbusch said.

“My story is not extraordinary,” he said. “I see it all the time. You know, there’s a couple of guys who told me when they got here, ‘I'm not going to be in this very long, you watch’ and sure enough, they're pushing out of it.”