Central Georgia saw an abundance of rain earlier this year, but now things are drying out 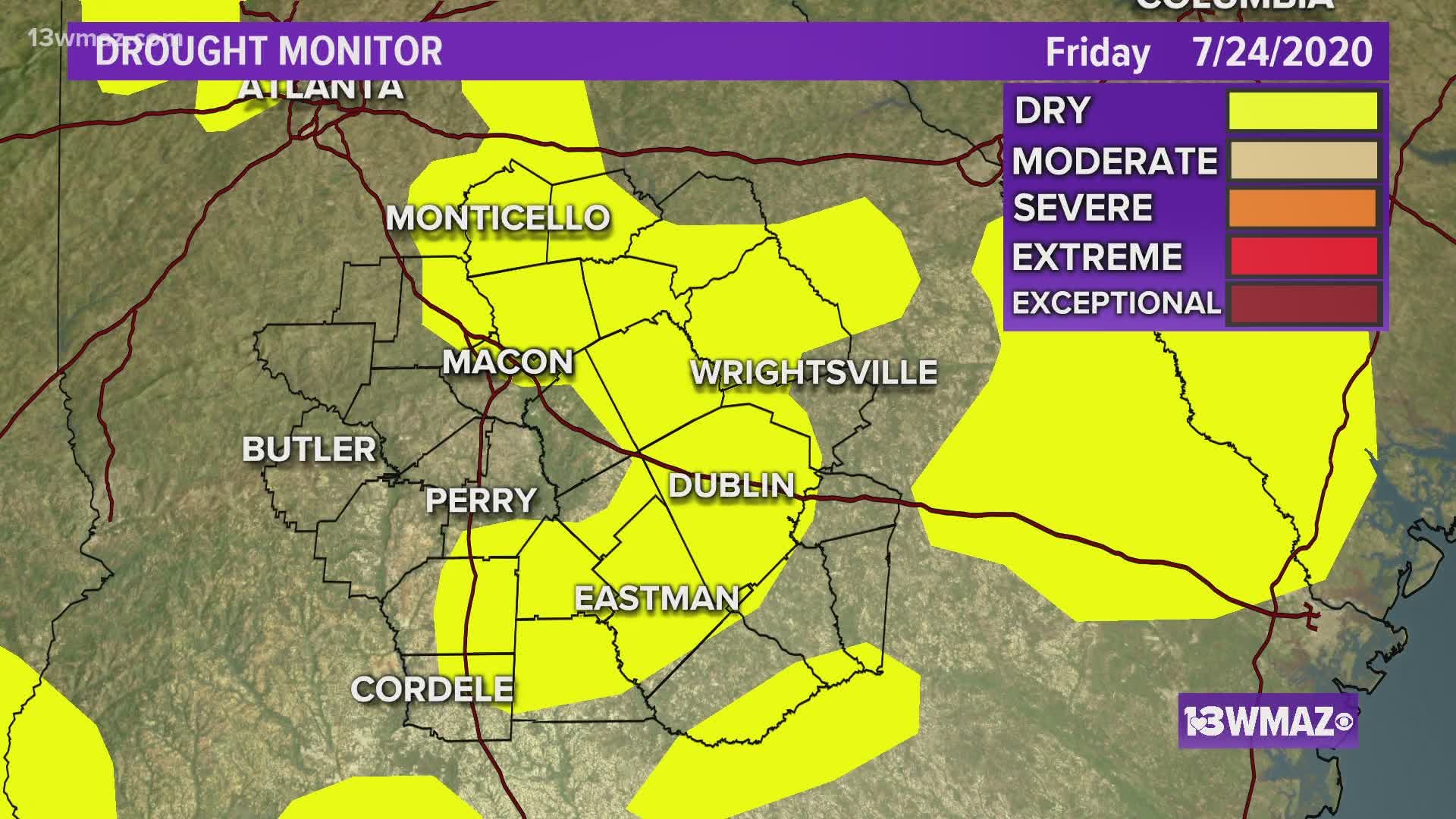 So far, it has been a tail of two halves when it comes to rainfall in 2020.

Macon, the main climate site in central Georgia, has seen a whopping 37.21 inches of rain so far this year. That puts the city 10.59 inches above average, and close to the yearly average total of 46 inches.

However, the numbers do not show when that rain occurred. A bulk of this rain fell January through April.

Through the first four months of the year, Macon looked to be on track for the wettest year on record by a long shot.

Now things, have dried up a bit. Since July 1, Macon has only picked up a little over an inch of rain, and much of Central Georgia has seen similarly low rainfall totals.

As you might imagine, the weather pattern driving all of this has changed too.

In the upper levels of the atmosphere, a broad ridge of high pressure has developed. This has brought heat and dry weather to the eastern 2/3rds of the country for the past several weeks.

Locally, this heat has dried out the soils, which has led to fewer storms, which has lead to more heat, drier soils, and the cycle continues. That leads us to where we are today.

Central Georgia, though in a big rainfall surplus for the year, has seen abnormally dry conditions recently that may develop into drought if conditions don’t change soon.

Fortunately, August and September may bring some relief from the dry conditions. Tropical activity in the Atlantic normally ramps up in August and reaches a peak in September.

As much bad attention as hurricanes and tropical storms receive, there is just as much, if not more, good that comes from these systems. For Central Georgia, this often means drought relief.

Central Georgia is in a pretty good position when it comes to tropical weather. Rarely does this part of the state see significant negative effects from a tropical system. This area is far enough inland to not receive deadly storm surge.

Winds are often much lower here than along the coast, and wind damage is not frequently an issue. And -- as the saying goes -- rain is a good thing.

If a tropical system does move over the area in the coming weeks, our area will likely receive some beneficial rainfall that could erase the abnormally dry conditions that have developed.

Soil moisture will be replenished, which will help boost afternoon shower and thunderstorm activity. Hopefully, a pattern change will also coincide with a tropical system moving through, which could lead to more frequent rains. A lot will change over the coming weeks and we'll keep you updated!