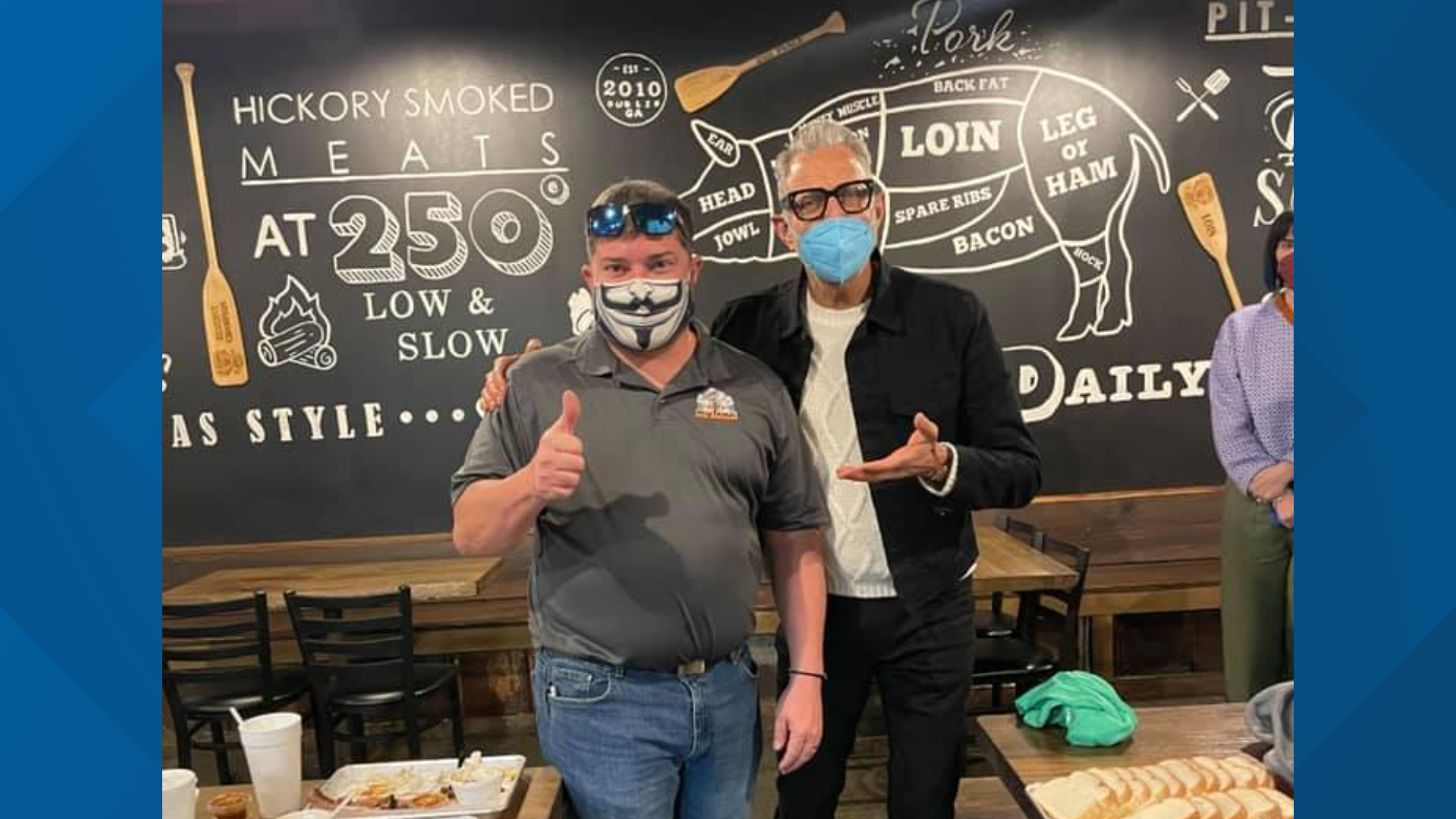 DUBLIN, Ga. — The folks at Holy Smokes BBQ in Dublin were surprised when they picked up the phone Wednesday.

On the other end of the line was a production crew member for a production involving Jurassic Park and Independence Day actor Jeff Goldblum. They wanted to make a stop for dinner.

Owner Dionn Schantz Lanton and her husband Gary, along with staff, closed down the dining room around 5 p.m. for Goldblum and the crew.

"I wanted them to have a good experience," Gary said. "Not having people hover over them."

Gary says the staff was "enamored" with the visit and that Goldblum was "very nice."

"I was just honored that he had heard about us, and that he wanted to come try our food," Gary said.

Goldblum didn't leave the restaurant empty-handed either. Lanton and the staff sent the crew off with t-shirts that read "More BBQ, Less Hate."

The crew didn't specify why they were in Central Georgia or where they were filming.