After year off due to pandemic, 'Flags for Fort Snelling' returns to place flags on every grave for Memorial Day

After a year off due to the pandemic, hundreds of "Flags for Fort Snelling" volunteers returned to place flags on every grave in time for Memorial Day. 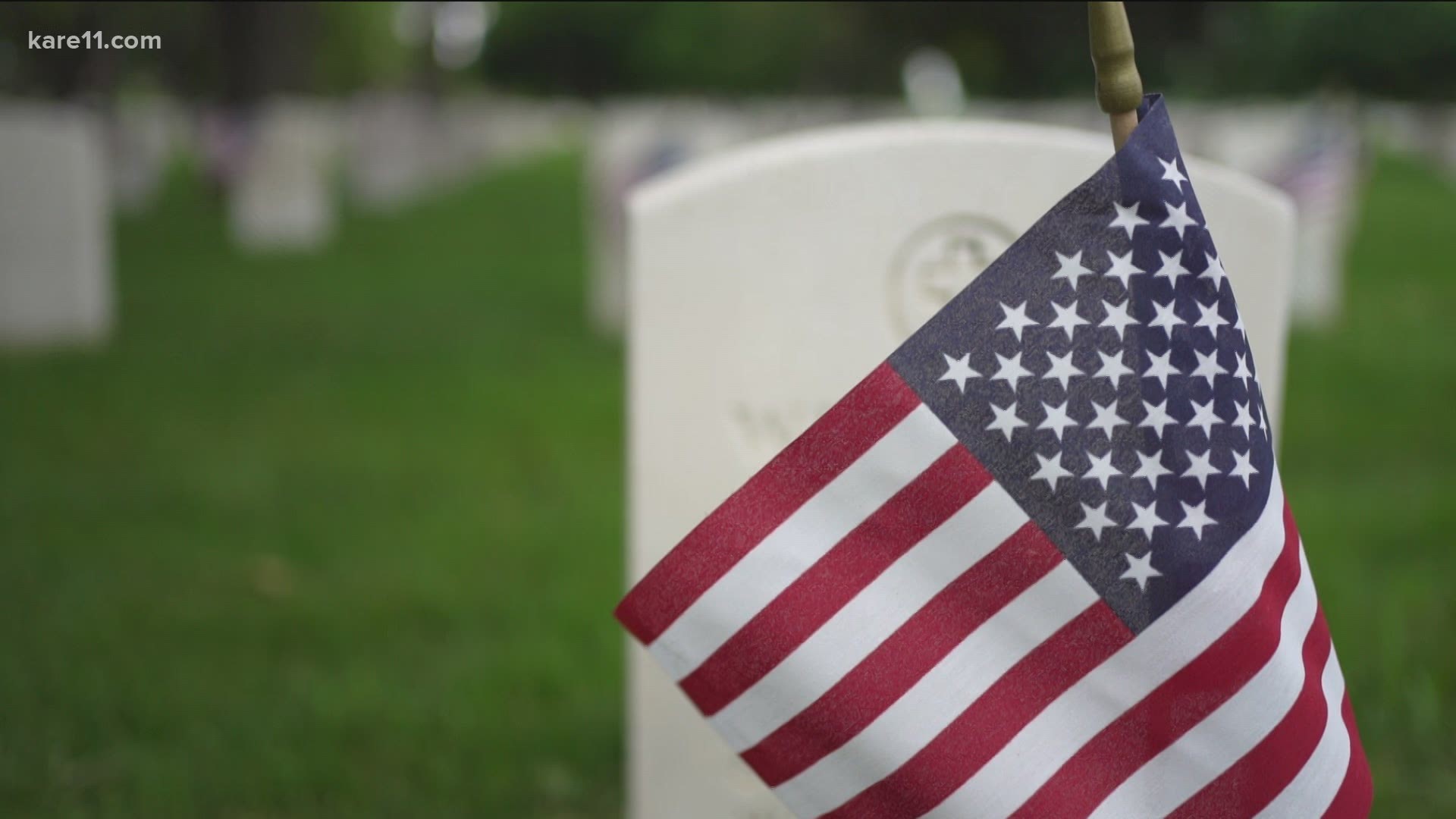 MINNEAPOLIS — On the eve of Memorial Day, tens of thousands of American flags could be seen across the entirety of Fort Snelling National Cemetery.

"It's a pretty amazing sight to see a sea of red, white and blue," said Joanne Malmstedt, founder and president of Flags For Fort Snelling.

Malmstedt said she started the nonprofit because when it comes to Memorial Day, "I think for a lot of generations it's been forgotten. It's just become a long, three-day weekend or like a barbecue day or day out on the lake, and that's not what the day is."

The nonprofit has officially been around since 2015. Three years later in 2018, they were able to place an American flag at every headstone at Fort Snelling National Cemetery for the first time in over 35 years.

They were able to do the same in 2019 but when the pandemic hit, the organization was not able to place flags on every grave for 2020.

Fortunately, volunteers were able to return in 2021.

Credit: Devin Krinke
Flags for Fort Snelling volunteers were able to place a flag at every grave in time for Memorial Day.

"After not being allowed last year, it almost feels like the first year that we were able to cover the entire cemetery again with everybody's excitement level after not being able to do it," Malmstedt said.

"It's good to be back," said Jean Finley of Little Canada. 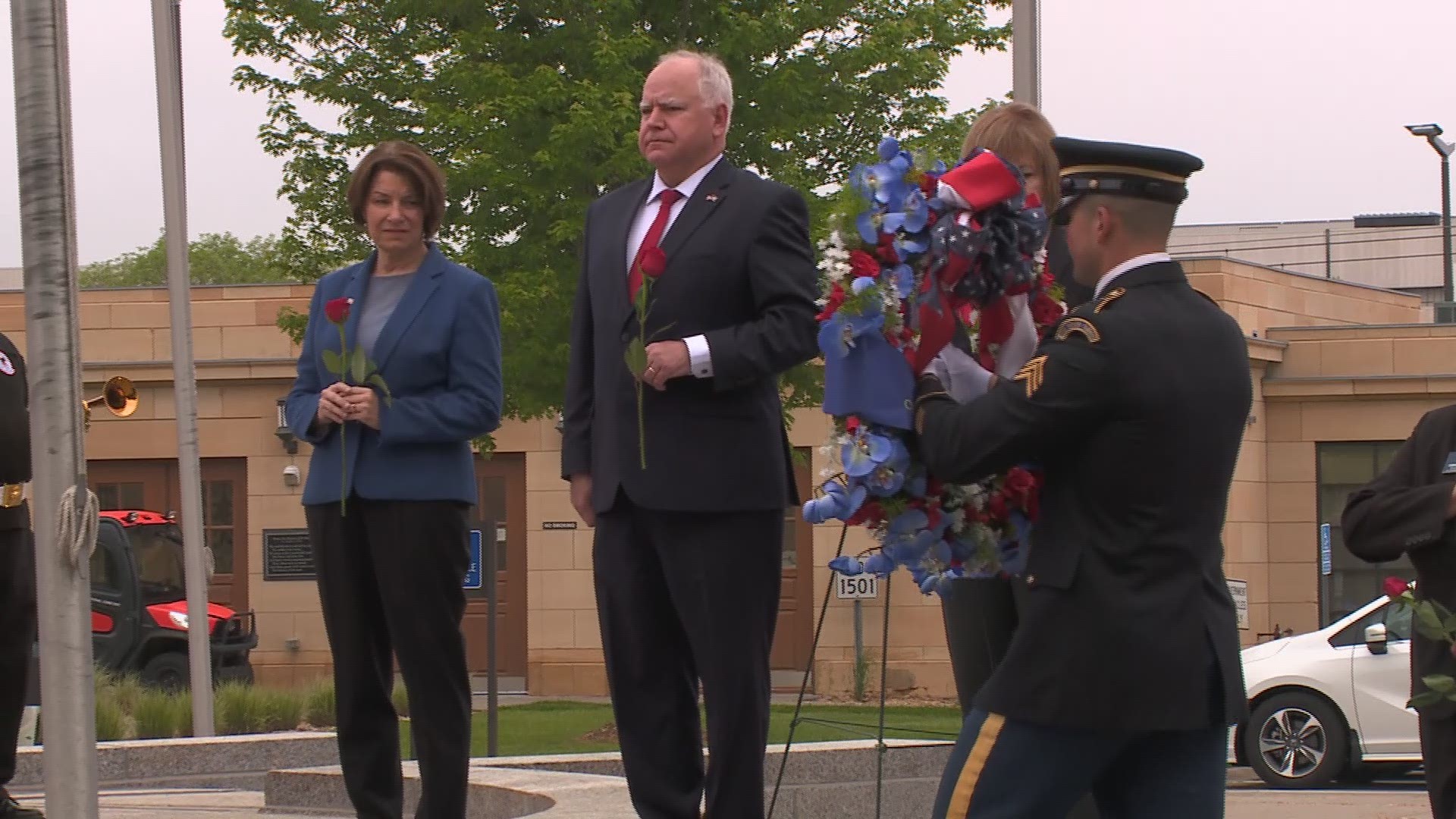 This is Finley's third year volunteering for Flags for Fort Snelling.

Rowen Adams, 15, said on Memorial Day weekend he is thinking of those who died while serving in the United States Armed Forces.

Credit: Devin Krinke
If the weather is nice, the flags will stay out for about a week.

RELATED: 'It's completely different' | A look at Memorial Day weekend this year

"They are people who gave their lives just to help other people... They're kind of like superheroes to me," Adams said.

Adams joined the Air Force Junior ROTC, following in the footsteps of many of his family members. He came out Sunday afternoon to Fort Snelling National Cemetery to volunteer with his mom.

His mom said, "This is the first time he got to do this with me so it's extra special that we can share in this moment together."

While Flags for Fort Snelling was able to return to the cemetery this year, they still had to follow some precautions due to the pandemic.

Malmstedt said they typically have about 8,000 volunteers for the event. This time, they had to limit it to 1,000. Volunteers were able to place all the flags on Sunday. Malmstedt said it ends up being about 183,000 flags.

"We've had more people than in year's past stop and just simply say, 'Thank you. Thank you for everything that you're doing out here. It's amazing. We love what you're doing,'" Malmstedt said.

If the weather is nice, the flags will stay out for about a week. Volunteers will then take them down and store them again until next Memorial Day.