'All of it was sentimental': Family wants belongings returned after moving truck stolen from north Macon hotel parking lot

Alan Boyes, a man from Texas, was passing through Central Georgia with his family when the unthinkable happened. 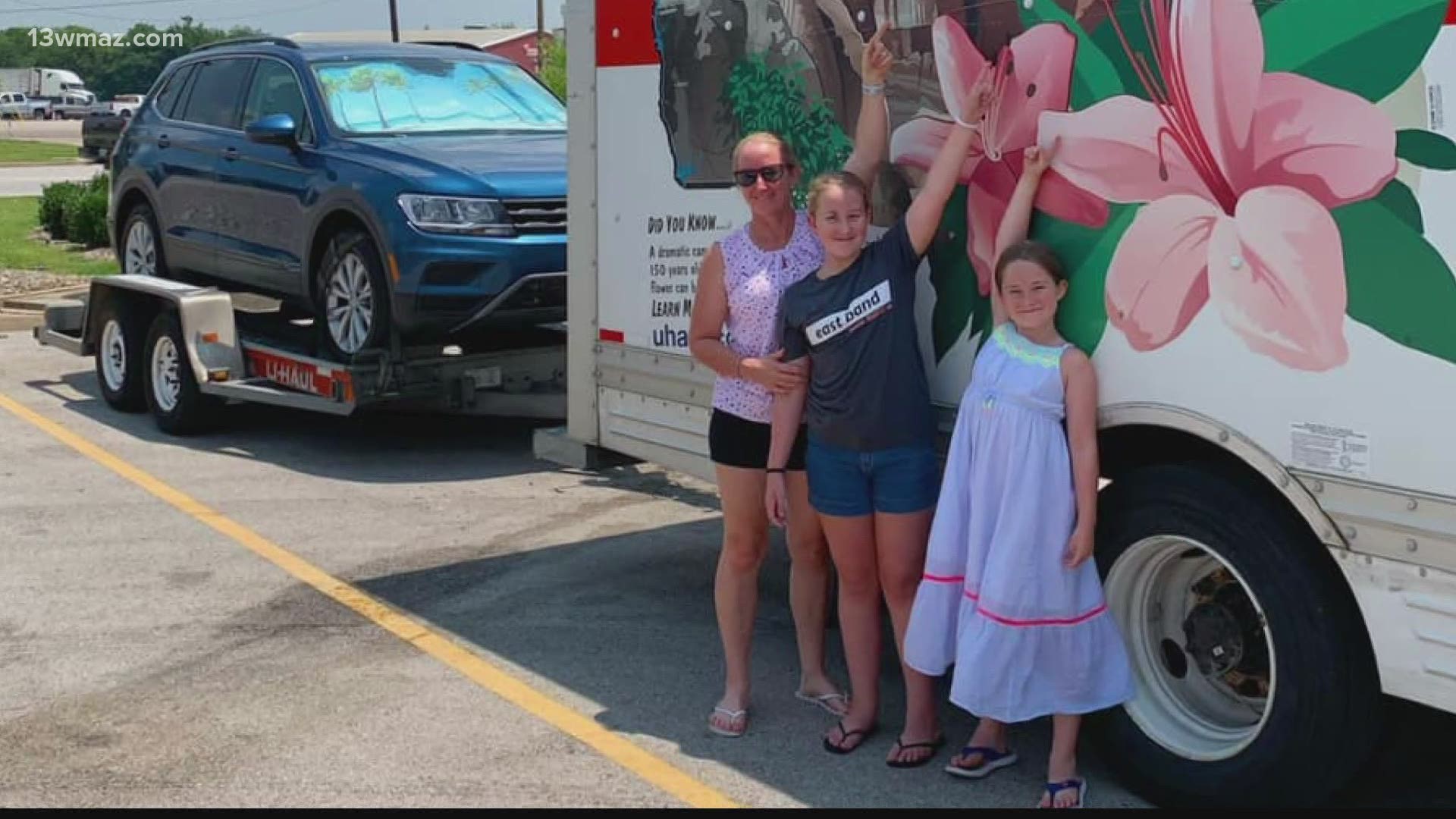 MACON, Ga. — Alan Boyes says he and his family were staying at the Holiday Inn off of River Place Drive in north Macon when their U-Haul truck and car were both stolen overnight.

"We stepped outside about 4 a.m. and no U-Haul. No trailer, no car. It was a little disappointing to say the least."

Boyes says when he and his family woke up to continue their move to Savannah Friday morning, all of their belongings were gone from their hotel parking lot.

"My wife and I have been married for about 16 years, so we've been collecting all our belongings over the last 16 years, so pretty much all of it was sentimental," he says.

By all of it, he means televisions, furniture, suitcases of clothes, and a new Volkswagen Tiguan they got less than a month ago.

He says the most upsetting loss isn't the pricey items, but things like a wedding photo album from his wedding day 16 years ago and his children's awards.

"They're little sports girls. Jessica, my oldest, she's a swimmer, she had many many medals, many ribbons, they're irreplaceable."

After sharing his experience on Facebook, friends, families, and people from Macon chimed in to try to spread the word and find who took their things.

"Social media has just blown me out of the water, like, I really, really have to give them a shout-out, like, good for you guys for sharing and re-sharing and sending your thoughts," he says.

Boyes says his family was originally from South Africa and moved to Dallas, Texas two years ago.

He says they were ready for their new beginning in Georgia next, but for now, this is his message to the thief-

Boyes says they did continue their trip to Savannah and made it safely and the staff at the Holiday Inn has been helpful through this ordeal.

The family has a GoFundMe account that you can donate to.