The gator was about four feet long, according to Nuisance Wildlife Trapper Bill McLean. 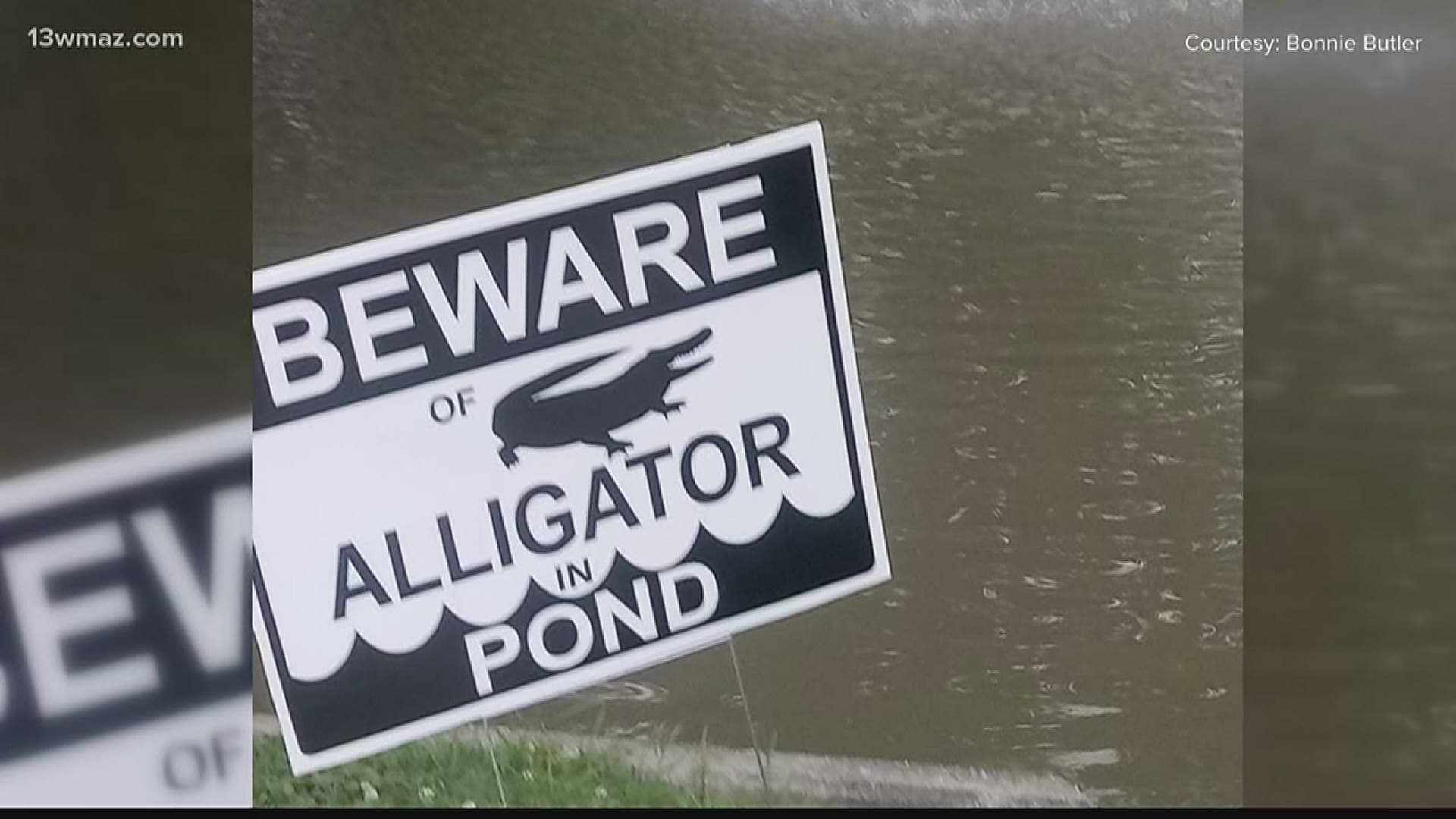 Ashlyn Webb set out to verify if there are actually gators in the park.

Bonnie Butler was at the park enjoying a barbecue with family when she noticed a sign reading "Beware of Alligator in Pond."

"I kept my eye on that pond because we just never know," Butler said. "We had chicken, raw chicken, and alligators love chicken."

The pond is a short distance away from the playground and the picnic tables where they were. We know the park is home to plenty of critters like turtles and squirrels, but what about alligators? We set out to verify.

"Usually, they get no further than the levy behind us," said Armand Burnett, assistant director of Macon-Bibb County Parks and Recreation Department. "Usually, we catch one or two that's on the levy, knowing they breed and live over at the Ocmulgee River."

However, a four-foot long gator decided to make a pond in the park his home for a couple weeks. Macon-Bibb County Animal Welfare attempted to catch the gator but had no luck. The county brought in a nuisance wildlife trapper who specializes in catching gators.

"Not a whole lot of guys in the business wrangles alligators," said Bill McLean, owner of Possum Hollow Wildlife Solutions. "So I got a call, came down here that very day. It took four times that day because the alligator was very spooky."

According to the Department of Natural Resources, you can't set traps for alligators. So, instead, Bill McLean had to get in the water to catch him.

"It's an adrenaline rush no doubt," McLean said.

On the fourth attempt, McLean was able to finally capture the gator and safely transport it to a nearby swamp.

"He was a better hider than I was seeker," McLean said.

So, we verified there was a gator in the park. It's actually not the first time a gator has ended up there.

"I got behind the alligator while Officer Rozier was keeping his attention with what we call a catch pole," Williams said. "So, I could basically get behind him and sit on him and hold his mouth shut."

Williams and Rozier say alligators typically don't make it to the park except in these two known cases.

Bibb County Sheriff's Office says if you see a gator you can call them or Animal Welfare who can work to relocate the gator to a safe area.

'A heart for people': Macon teen feeds the homeless weekly at Loaves & Fishes