'Always with us': 7 years after Monroe deputy's death, father remembers victim on anniversary

Deputy Michael Norris was killed in September, 2014, when responding to a call with his partner. He was 24 years old. 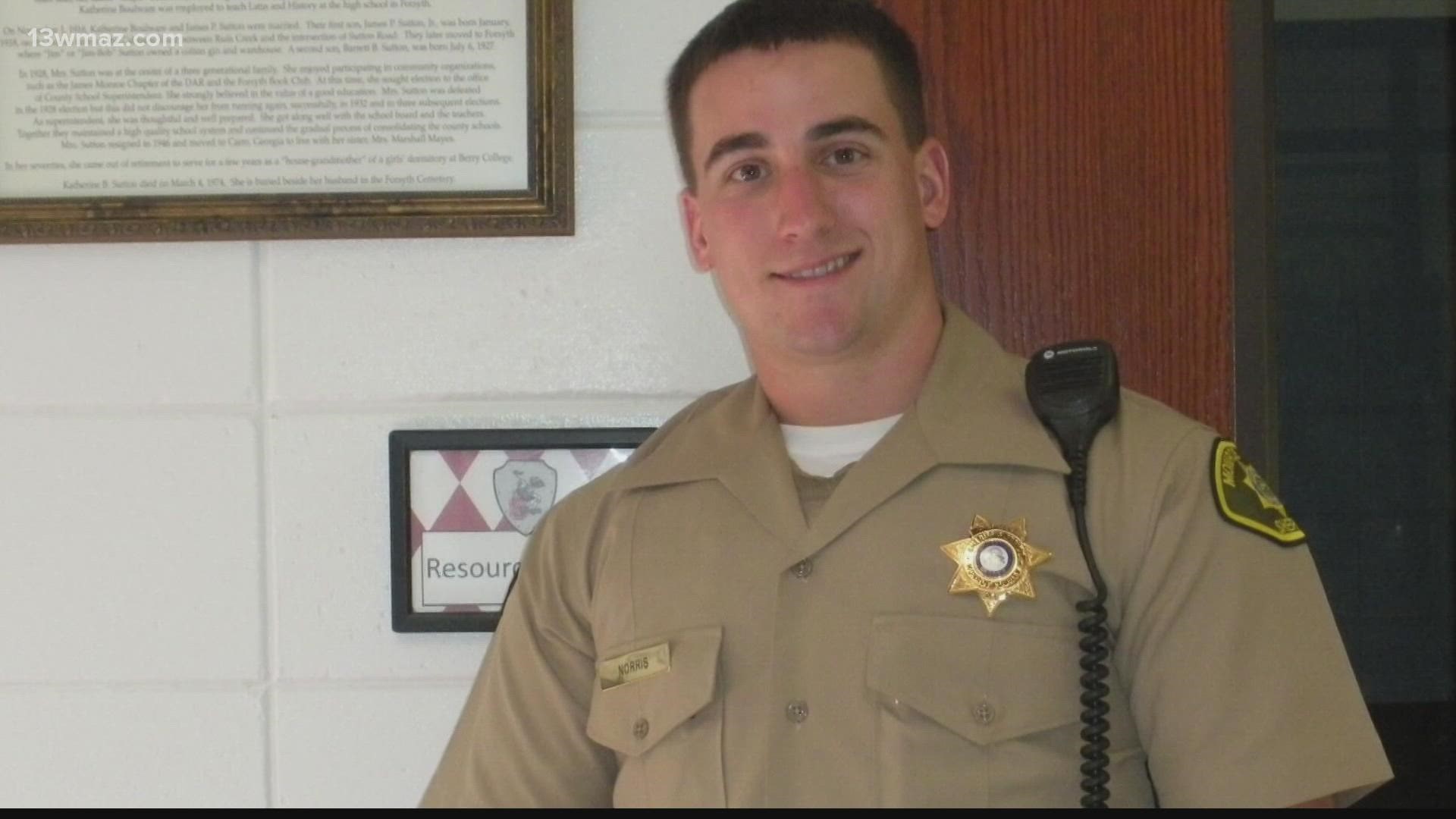 CULLODEN, Ga. — Bennett Norris is a now-retired firefighter, and he says he still lives in the home in Culloden where he and his wife raised their children.

He says he keeps himself busy with hunting, an activity that he's always loved, but now carries more memories after the death of his son, Deputy Michael Norris.

He says although it will never get easier, he tries to focus on the good times.

"Was always adventurous, he loved the outdoors. When he got old enough, of course, by the time he could tote a shotgun, I had them dove hunting and I had them going deer hunting with me," says Norris.

But when September 14 approaches each year, he says it takes him back to this day seven years ago.

Norris says he was watching the University of Georgia football game when he heard a call on his fireman radio.

He says it came in as a suicide call in Bolingbroke.

"Into the call, I heard one of my fellow firemen yelling on the radio and I could hear gunfire, I heard, 'Shots fired, deputies down.'"

Both Deputy Norris and his partner, Deputy Jeff Wilson, were shot.

Wilson recovered, but Norris did not survive his injuries.

Each year, Bennett Norris says he and his wife mark the day of their son's death in a special way.

"We paint a different saying on the deer stand that Michael and I built and that he loved to hunt in. We did that this afternoon, we always do that on his anniversary. 'Always with us,' and we always put the date under it."

For people in the small city of Culloden in Monroe County, Bennett says Deputy Norris will always be with them.

Norris says they'll be holding an annual ATV ride in honor of Michael Norris on September 25.

The proceeds will go towards a scholarship in honor of the deputy and the sheriff's office where he worked.