The judge said McCall Calhoun's actions suggest he was "seduced by a dangerous and violent ideology." 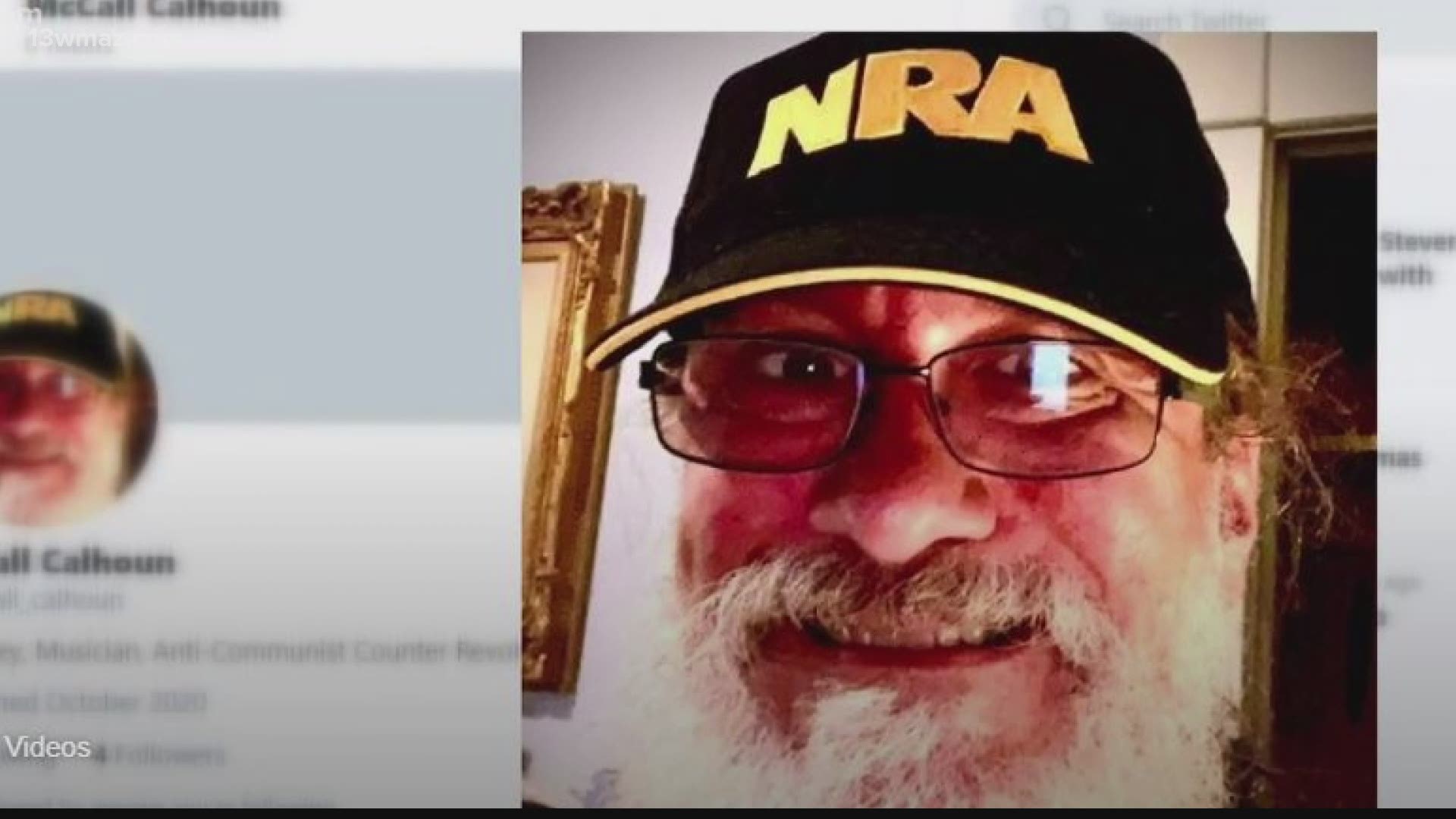 MACON, Ga. — An Americus attorney who took part in the Capitol riot on Jan. 6. was denied bond at a court hearing in Macon Thursday.

McCall Calhoun faces several federal charges, including trespassing in the federal building and disorderly conduct. He was arrested at his sister's house in Macon on Jan. 15.

Weigle says Calhoun's actions within the last six months suggest he has been "seduced by a dangerous and violent ideology."

"You crossed a sacred, sacred line. That was an act of extreme violence by every single person who went in there," Weigle said.

Investigators say Calhoun posted photos and videos to social media during what he called the "hostile takeover" at the Capitol.

According to court documents, he also promoted the event for weeks in advance, writing at one point, "We are going to kill every last communist who stands in Trump's way."

Calhoun's defense argued his hundreds of social media posts across several platforms, including Facebook, Parler, and Twitter, do not show he followed up on these acts, and that they are just "rhetorical comments on social media."

"The idea that there is danger to any person, I think, is just not there,” he said.

His defense argued he should live with his sister — where he stayed after the Capitol riots for days up until his arrest date — pending a trial.

His sister testified as well, saying she would be willing to provide a safe place for Calhoun to reside until a possible indictment. Calhoun's attorney also argued he did not pose a flight risk because he'd be motivated to avoid a felony conviction and show up to court if he wishes to continue practicing law.

Weigle says Calhoun's actions are what contributed to the basis of his ruling, noting the government presented evidence showing Calhoun was heavily armed when he was arrested and found at his sister's house with "hundreds if not thousands of rounds of ammunition."

Calhoun has admitted to being inside the Capitol building on Jan. 6, saying it in an interview with the Atlanta Journal Constitution. Prosecutors also presented video evidence of him inside the building during the riots.

Weigle says the "biggest issue" is that Calhoun was inside the Capitol.