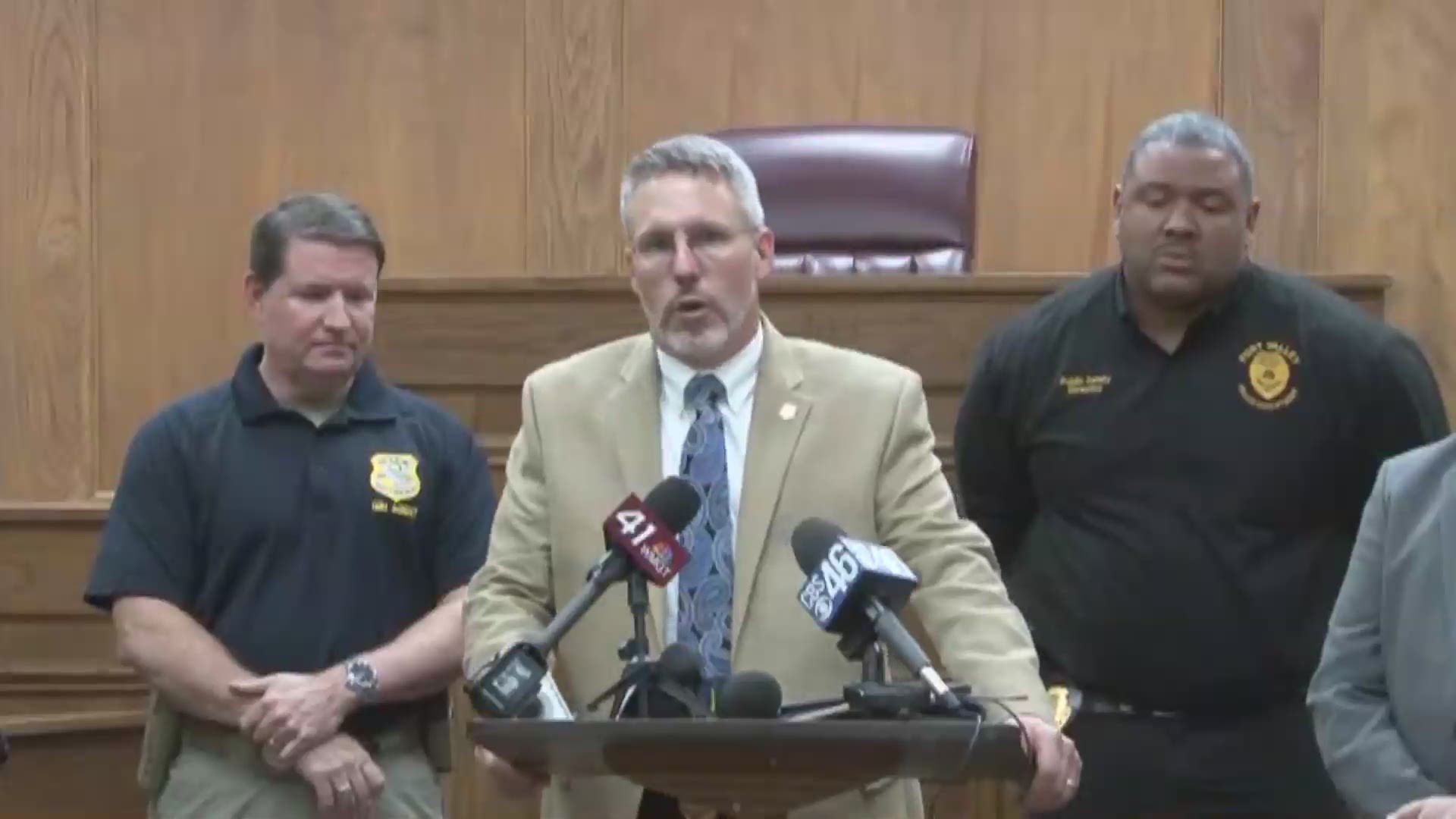 At a Friday evening press conference, GBI Assistant Special Agent in Charge Todd Crosby announced that after collecting evidence and doing interviews, they had probable cause to get a malice murder warrant for Little.

The first appearance hours before, which was only for a single charge of criminal damage to property, happened in a Peach County courtroom around 1 pm. Friday.

At the hearing, the judge called Little a flight-risk and set his bond at $10,000 -- much higher than the normal $1,500 for that charge -- and set specific conditions.

Those conditions were: he must wear an ankle monitor at all times, he must be home on Chestnut Hill Road between 7 p.m. to 7 a.m. every day, and that he must not leave the premises of Fort Gordon if he returns back to work.

She described him as a 'caring' and 'loving' person, and added that her brother took good care of Gunn.

Little's father, Andre, also spoke to reporters after the hearing and declared his son's innocence.

“Glad he was granted bond so he can back to his career in his Army. My son has never done anything to anyone. I can sympathize with the family…but my son didn’t do this. He was raised the right way," said Andre.

Little was arrested Tuesday night hours after his girlfriend’s body was found, but at that time, he was only charged with damaging her property on Feb. 5.

An incident report from that day says Gunn’s house windows were smashed in by a brick and her tires were damaged for the second time in two weeks.

She told the officers she had no idea who could’ve slashed her tires, and that she didn’t have problems with anybody.

Here’s a brief timeline of the last week:

Anitra’s father, Christopher Gunn, called to wish her a happy Valentine’s Day on Friday morning. She didn't respond to calls or texts for the rest of the day.

Fort Valley Police say the last time she was seen was around 11:30 a.m.

Christopher asked police to do a welfare check on her home, which notes no signs of a struggle or robbery.

On Saturday, her car was found damaged and missing the front bumper in a neighbor’s yard after her father came down from Atlanta to file a missing-person report.

On Monday, a joint task force was created with law enforcement agencies to find Anitra.

On Tuesday, Gunn’s remains were found partially covered around 3:20 p.m. while officials were doing a ground search near Greer Road in Crawford County.

In a press conference after discovering the remains, law enforcement officials said they had a better idea of where to search based on debris in the grill of her car.

At the time, he said Little was a ‘person of interest’ and was being voluntarily interviewed for a third time.

Little was charged Tuesday night with damage to property.

On Thursday, the GBI completes its autopsy and confirms that Gunn died by homicide. The exact cause of death is not revealed, pending toxicology results.

On Friday afternoon, Little went before a magistrate judge and his bond was set at $10,000. Hours later, more charges were added.