The new 'Anonymous Alerts' app allows students, teachers, and parents to anonymously report a problem or immediate threat in schools around the county. 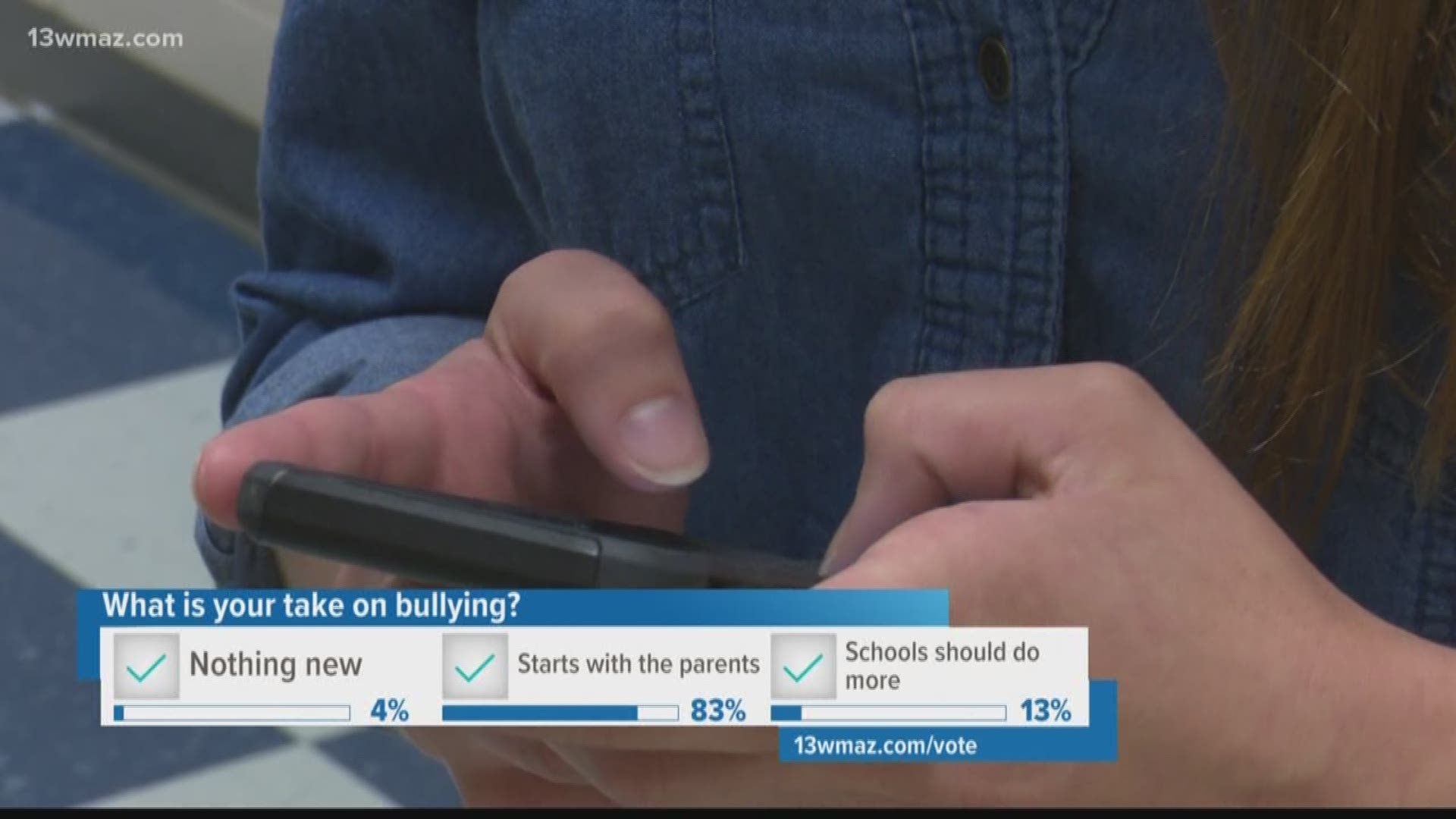 One Central Georgia school system is using an app in an effort to fight everything from bullying to weapons in schools.

The new app allows students, teachers, and parents to send alerts, not only about bullying, but also weapons, fights, or any threat to the students, and it's all done anonymously.

Abigail Emery is a junior at Northside High in Warner Robins.

She said she doesn't think there is a bullying problem at her school, but that doesn't mean she won't use the app.

"It gives a lot of students the comfort to have the freedom to speak what they have on their mind that they may have seen or experienced. It's a very good thing," Emery said.

Lisa Mobley teaches Business Education at the high school. She said the anonymous feature on the app will make students feel safer reaching out to the teachers or administration.

"I think it gives them a safe avenue, if you will, so they can be free to report anything that they are concerned about," she said.

Her son is in 11th grade there, so she said the app makes her feel better, not only as a teacher, but also as a mom.

"Even though we try to make them feel comfortable and feel free enough to come to us, about just about anything, there are times, even with my kid, that, you know, there are gonna be times when they don't feel comfortable," Mobley said.

Messages sent on the app go directly to school administrators, who are then able to respond, either to the message or in person.

Dr. Richard Rogers, the Assistant Superintendent for School Operations, said they've already gotten 30 alerts since the app rolled out at the beginning of the school year.

All the schools in the county have a unique login code so people outside of the county can't send out a fake alert.

He said there's always a risk of people taking advantage of the app and sending out false alarms, but according to him, about 95 percent of those alerts were legitimate.

Jody Dean, the Principal at Northside High, said Anonymous Alerts was tested at his school along with two other schools last year.

He said it seemed to work.

"You know, in a perfect world, I'd like to eradicate all issues that we have or at least create a situation where if students know something is going on, that they'll at least say something," said Dean.

Dean says this app is a great addition because it lines up with their mission statement. Safety is their number one priority.

RELATED: 3 times as many girls as boys report harassment as cyberbullying rises

RELATED: 'Everything happens for a reason' | Mom turns bullying experience into children's book

RELATED: Mom gets arrested for confronting 'bullies' at elementary school